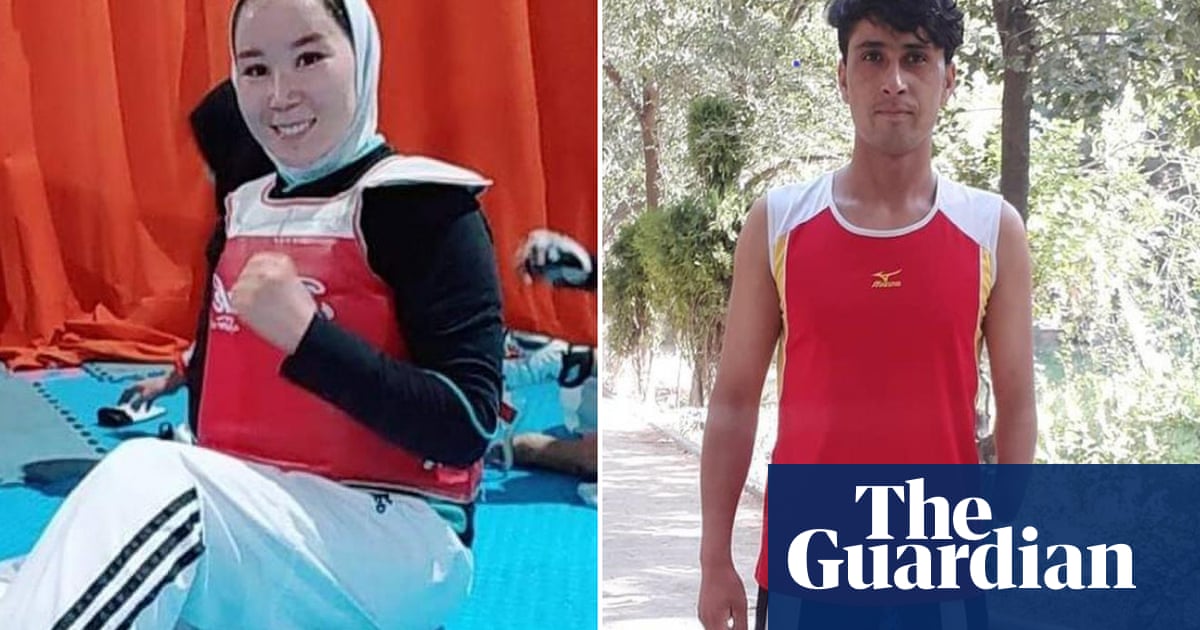 Afghanistan will not compete at this month’s Paralympics in Tokyo, after the team were unable to leave Kabul as a result of the Taliban’s conquest of the country.

Zakia Khudadadi had been set to become the country’s first female Paralympian when the taekwondo fighter was named alongside the discus thrower Hossain Rasouli in a two-person team. El lunes, sin emabargo, it was confirmed that neither athlete had been able to take their scheduled flight out of the country.

The Afghan chef de mission, Arian Sadiqi, said Khudadadi and Rasouli had been set to arrive in Tokyo on Tuesday. “Unfortunately due to the current upheaval going on in Afghanistan the team could not leave Kabul in time,” he told Reuters.

Sadiqi said the athletes had been trying to secure flights but, after prices soared as the Taliban took over a string of cities, the prospects of leaving the country became impossible.

“They were really excited prior to the situation. They were training wherever they could, in the parks and back gardens,” Sadiqi said. “This would have been the first female Afghan taekwondo player to take part. This was history in the making. She was very passionate to compete. Zakia would have been a great role model for the rest of the females in the country.”

There are profound fears for the future of women’s rights in Afghanistan as the Taliban seek to regain control of the country. Forces have swept through a number of cities in recent days following the drawing down of American troops.

“There was a lot of progress [in recent decades], both in the Olympics and the Paralympics,” Sadiqi said. “At the national level there was a lot of participants, a lot of athletes … but we can only predict from what happened in the past.”