I am so glad Will Hutton has tried to bridge the irritating binary opposition between young and old that has infected the media for too long, and disappointed that he fails to do so ("Baby boomers are the winners who have taken it all – now it’s time they gave some back", Comment). Distribution of wealth is by no means uniform. Too many old and young people are united in desperate poverty and consequent poor health; fewer share enviable wealthy lifestyles.

We need to dispel the illusion that so-called “boomers” lived lives of unshakable stability. Postwar generations feared nuclear war, faced unbearable levels of unemployment as our manufacturing base diminished (Remember UB40’s One in Ten?). The 1980s depression was long and deep: many families were separated as their wage earners got on their bikes in search of work. Schools had none of the IT resources they have now, and no one had mobile phones, laptops etc.

We all now share the challenges of the 2020s. I would rather that we brought our government to account for failing to level up than attack any generation based on political media-manufactured generalisations.Yvonne WilliamsRyde, Isle of Wight

As a member of the baby-boomer generation, I do like the idea of a Baby Boomer Trust Fund proposed by Will Hutton. I would be happy to leave money to such a fund as long as it were possible to ensure it is ringfenced and adequately protected from interference by those motivated by self-interest. Anche, you’d need a different name for the fund if we are to move away from unhelpful labels that support inter-generational divisions.Erica BurchHastings

An immediate and low-cost solution to reduce the number of planes flying would be to remove first and business class and have only one standard ("The six problems aviation must fix to hit net zero", the New Review). A single standard class would allow more seating, so instead of 10 planes flying the Atlantic, perhaps only nine would be required, for the same number of passengers. The many celebrities who support climate change action would also be able to demonstrate their commitment by sitting with everyone else.Irvin SlaterBo’ness, West Lothian

Rewilding the UK’s intensified farmland appears desirable but such initiatives must be undertaken with care ("Seed money: the millionaire rewilding the countryside, one farm at a time", Focus). In the first instance, the diversion of UK farmland towards nature conservation needs to be assessed against wider impacts for global biodiversity. It is vital that the transfer of productive farmland to nature reserve or “park” status does not encourage needless food imports. Conservationists should be wary of narrow local or national biodiversity gains if these effectively export industrial, agricultural intensification to other global regions to the detriment of indigenous groups, small farmers and biodiversity alike.

Rewilding the land “one farm at a time” by pulling individual units out of production is unlikely to reverse our nature crisis alone. The entire agricultural sector needs ecological recalibration. For every potential rewilded farmstead, many other farms are being driven down the route of even greater industrial intensification through nefarious market, policy and corporate influences.

Instead of a rewilding philosophy that encourages artificial separation between food production and biodiversity, we should encourage conservationists and progressive farmers alike to adopt and globally sustainable measures. The application of genuine ecological approaches towards farming can produce good food and wonderful biodiversity in equal measure.Ian Rappel, Real Farming TrustTalgarth, Powys

You rightly highlight the crippling costs for elderly patients needing carers at home ("We need a fair tax to provide free social care for everyone", Editoriale). You quote the Alzheimer’s Society as estimating that “someone with dementia typically spends £32,000 a year to receive the care they need” ("Pressure grows on Starmer to back tax on rich to pay for care", notizia). This is a significant underestimate. For my bedridden wife I pay a care agency about £52,000 a year and there are agencies that charge more. In addition, I have to buy various necessities costing several hundreds of pounds more. I am advised that when one’s assets sink to £23,000 local authorities may fund a lower standard of care as they are cash strapped.

The case for providing free care is irrefutable. A government cap on agency charges will not solve the problem, especially as the cap is likely to be set high. However they do it, the necessary funding must be made available urgently.Derrick PhillipsCoulsdon, Londra

Nick Cohen questions whether Boris Johnson is a secret climate change denier ("Climate change deniers are as slippery as those who justified the slave trade", Comment). While attributing any convictions other than self-advancement to the prime minister is a fool’s errand, it is important to take account both of his past comments and his sources of advice.

As London mayor, he promoted the views of climate change-denying Piers Corbyn and adviser to climate sceptics Matt Ridley, Oms, as Cohen notes, opined that climate change has done more good than harm. Nel 2007, Johnson argued that the real issue facing the world was not global warming but overpopulation. Given his personal efforts in that regard, the prospects for Cop26 under his leadership are hardly encouraging.Dr Anthony IsaacsLondon NW3

Three cheers for Miriam Margolyes and even more cheers for Margaret Branch, the therapist who confided in her ("It was my duty to tell truth about Du Pré’s death, says Margolyes", notizia).

Ten years ago my son died. He had been suffering with a virulent strain of non-remitting MS for several years and, when he could no longer move from his bed to his wheelchair, decided that he did not want to go on. He knew that there was no cure and that his condition could only deteriorate. He starved himself to death. This was harrowing for him and for his family.

We should allow people in their right minds to choose when and how to die when they know that there is no cure for their condition. Margaret Branch was showing love.Primrose KirkmanWarminster, Wiltshire

Così, Seámas O’Reilly, be careful what you wish for ("Are you office ready? – the WFH widow”, the Observer Magazine). Which is it: a new wife or a new home?Pam WoolgarKirkby Lonsdale, Lancashire 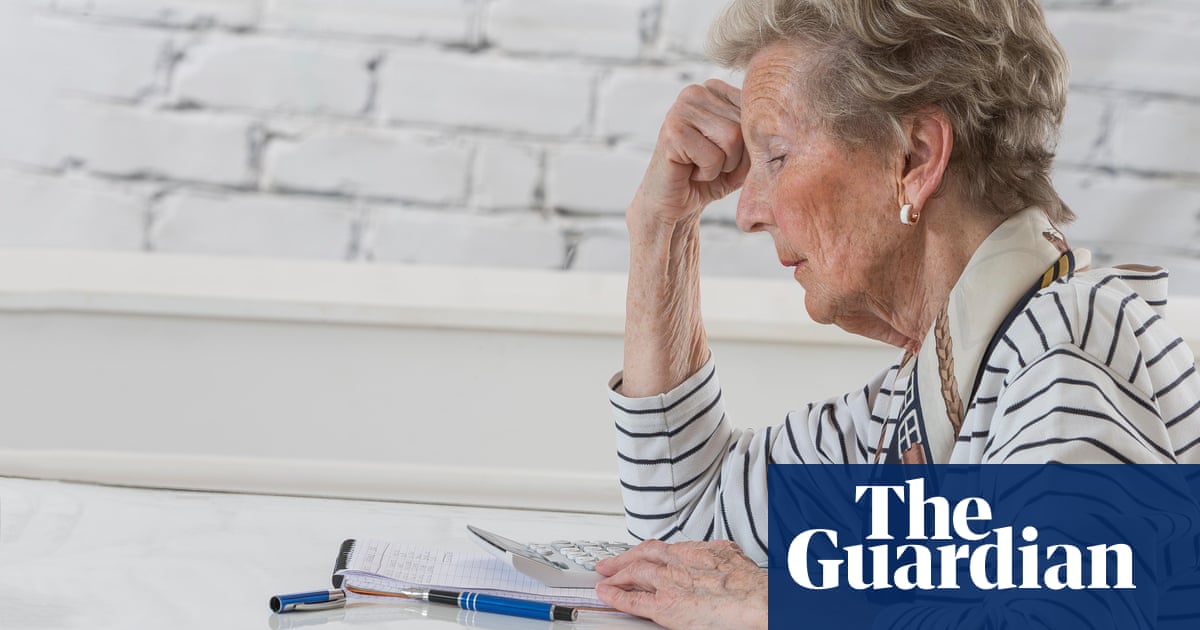 Together Energy bill for £3,700 is keeping my elderly mum awake at night

My elderly mother has received a bill for £3,756.45 from Together Energy. She was widowed two years ago and I arranged a one-year fixed tariff with monthly direct debits of £109. The contract finished at the end of Ju...