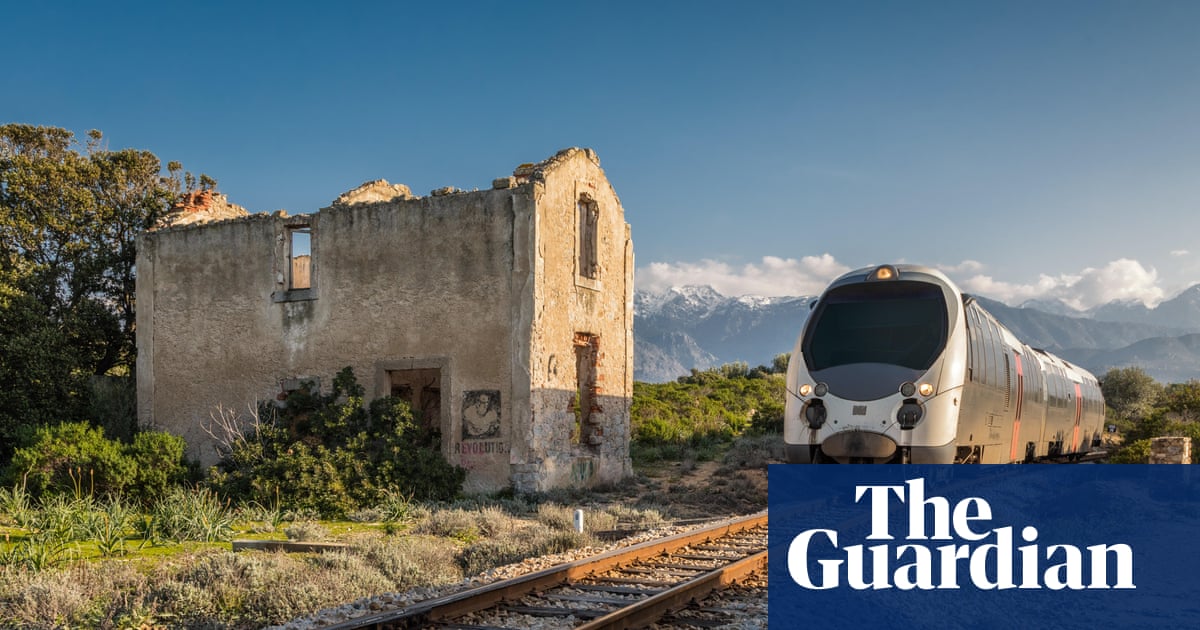 We’ve visited Corsica a few times. As penniless students sleeping on the beach, as new parents with travel cot and buggy in tow, and as newly retired tourers with hire car. But our best-ever Corsican trip was with a seven-day Pass Libertà for the 230 miles of the Chemins de Fer de la Corse, which costs just €50. The Y-shaped network links the coastal towns of Bastia, Ajaccio (both accessible by train and ferry via mainland France), Calvi and hilltop Corte, showcasing Corsica’s unbelievable mountain scenery and spectacular coasts. Hard to pick the best leg of the journey, but pulling in to Calvi station at dusk along the sweeping sandy beach takes some beating.
cf-corse.corsica
Alison

The most fabulous train journey I have ever done was from Kiruna in north Sweden to Narvik in Norway. Blue, white, grey and black with the occasional red of a wooden house or a splash of dark green from conifers, colour the landscape. The views across the snow-capped mountains and the endless lakes are phenomenal. Stop off at Abisko and hike along the Kungsleden (King’s Trail), the long-distance path through a landscape with lots of snowfields, reindeer and cold rivers to cross.
scandinavianrail.com
Monique Gadella

The Esk Valley line, operated by Northern Rail, takes you from Middlesbrough to the seaside town of Whitby in 90 minutes. The route is only 30 miles, but there are 17 stations as you pass through the North York Moors national park. At Battersby, the driver swaps ends, as the train does a switchback. Names such as Kildale, Commondale and Castleton Moor provide an insight into the type of scenery to expect as you follow the course of the River Esk, while at Grosmont you might catch a glimpse of the more touristy steam train.
eskvalleyrailway.co.uk
Roy Messenger

A friend and I took the train from Glasgow to Mallaig for a short trip in February. The train is an older model and the conductor wandered down the aisles, cheerfully greeting customers he recognised, and those he didn’t. The journey began with the line passing through industrial estates and residential areas but eventually the buildings stopped and we began to climb. We passed over icy lochs and snow-covered pine forests, all held beneath a moody, threatening winter’s sky. The wind whipped around the train, especially higher up, sending flurries of snow with it. After the pavements of Glasgow for the past few months it was a piece of unruly wilderness – and magnificent.
scotrail.co.uk
Kirsten

The Heart of Wales line runs between Swansea and Shrewsbury. Many of its stations link to the new long-distance walking trail, the Heart of Wales line trail, allowing you to hop on and off and walk between stations. The route encompasses winding river valleys, wild forests and Cambrian mountains. Highlights include viaducts at Knucklas and Cynghordy, and the magnificent Sugar Loaf mountain. Alight at Llanwrtyd for a spot of bog snorkelling or to see the red kites; visit Llandrindod’s Victorian fair in August. Or simply sit back and enjoy the glorious scenery.
heart-of-wales.co.uk
M Ashley

My favourite train ride is the 38-mile stretch that follows the Rhine from Bingen to Koblenz through its magnificent gorge. Castles, crags, forests and fortresses tower above you round each bend in the river. Medieval robber barons fought for control of the river highway and Lorelei (a steep slate rock) lured fishermen to their deaths on the rocks with her siren song. You’ll emerge safe from your carriage in under an hour, but changed forever by your journey back through time. Regular trains run daily and a ticket costs about €15 one way.
raileurope.com
Susanna Callaghan

The train from Dublin to Galway takes you right across the belt of the emerald isle. Moody hills sit on the horizon, with the weather creating an ever-changing landscape. It might be raining and grey outside, but you can enjoy Ireland’s rural beauty from the comfort of a train carriage. There’s even a snack cart, selling nice hot Irish tea and packets of biscuits to help pass the 2½-hour journey. Galway station is in the heart of this small city, and a stone’s throw from An Púcán, a great stop for a Guinness when waiting for your return train. Catch the Galway service from Dublin Heuston. An open return costs €52.10.
irishrail.ie
Charlotte

Leave Dresden in the morning, as the journey takes about nine hours. You will be treated to a variety of landscapes, from the valley of the Elbe to the mountains in the Czech Republic and Slovakia to the flat valley of the Danube. The train stops more than 10 times, including Prague and Bratislava. The rolling stock is a mixture of carriages from different countries and eras, including at least one from communist times, with signs in several languages. Walk along the train to compare eating arrangements and ticket prices, and be surprised by the variety of restaurants and bars on board. You’ll arrive in Budapest in time for dinner.
raileurope.com
Irene

Seeing the Cinque Terre by train, starting in Levanto, is possibly the best way to experience the five colourful villages on the Italian coast. An adult Cinque Terre card costs €7.50 and allows unlimited travel between the villages. You can also hike between Monterosso and Vernazza and then on to Corniglia. Although why walk when you can enjoy the sites from the train? I particularly enjoyed a lemon and basil sorbet in Corniglia.
cinqueterre.eu.com
Rachel Elizabeth

The Nightjet sleeper train from Milan to Vienna is not cheap, but the two-person sleeper accommodation is comfortable and the early-morning section of the journey across the spectacular viaducts of Semmering Pass is a never-to-be-forgotten experience. Arrival at Vienna’s main railway terminus before 9am allows a full day’s sightseeing and coffee drinking in that fabulous city. From €50pp.
nightjet.com
Chris 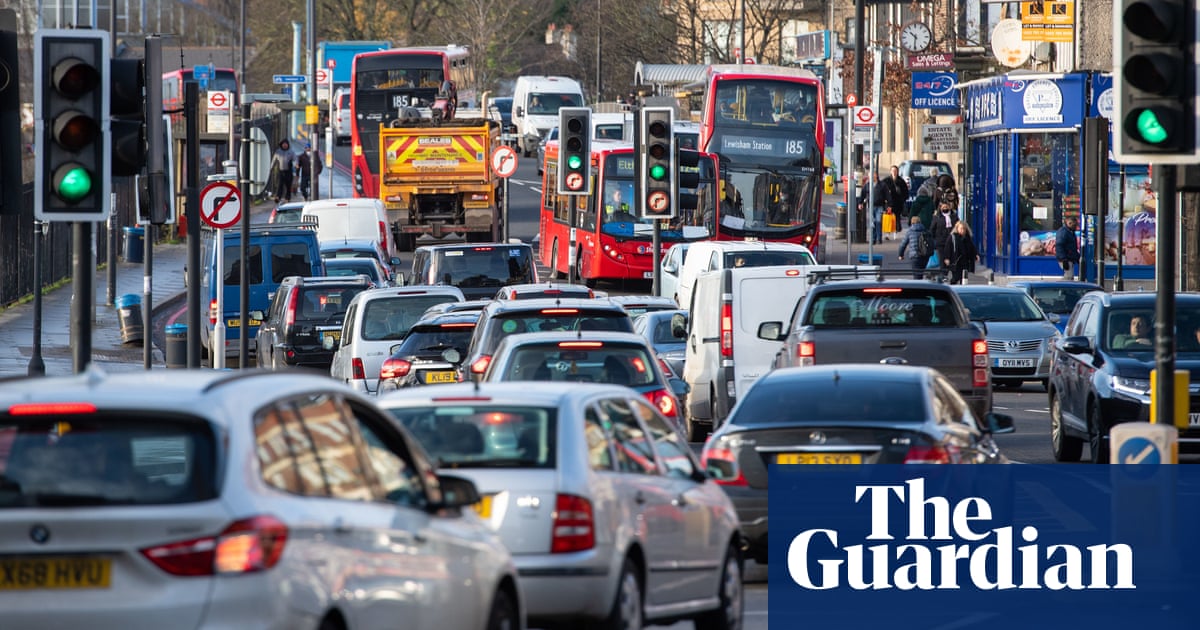 Motorists across the whole of London could be charged for every journey from 2024 under plans being drawn up to reduce carbon emissions and improve air quality. The mayor, Sadiq Khan, said London should be a global le... 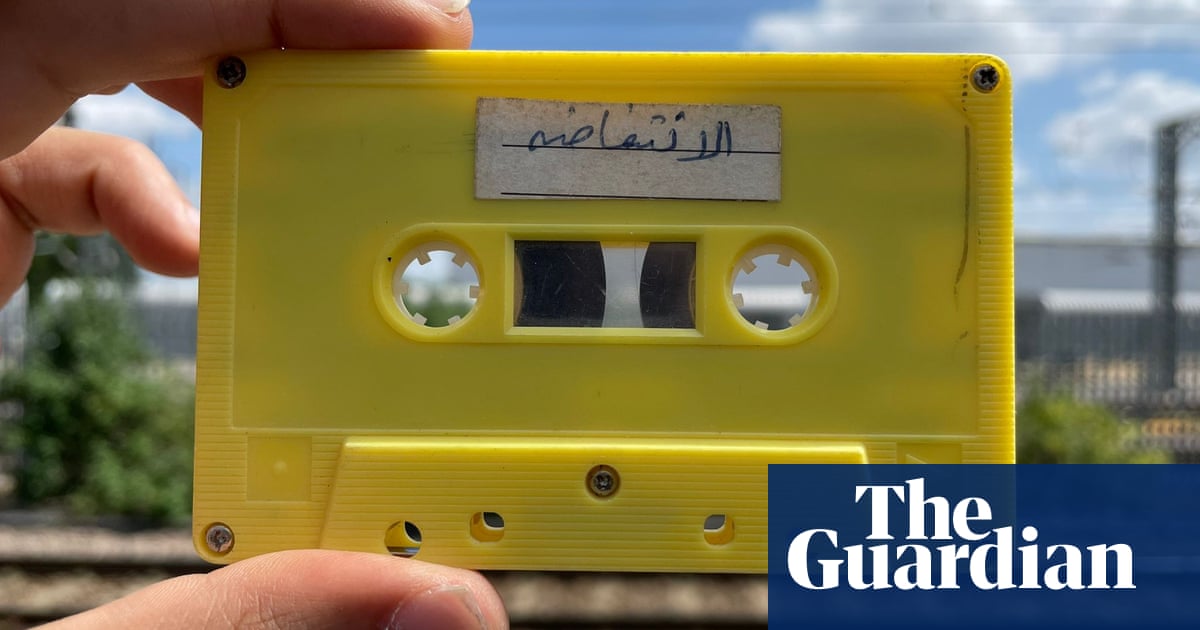 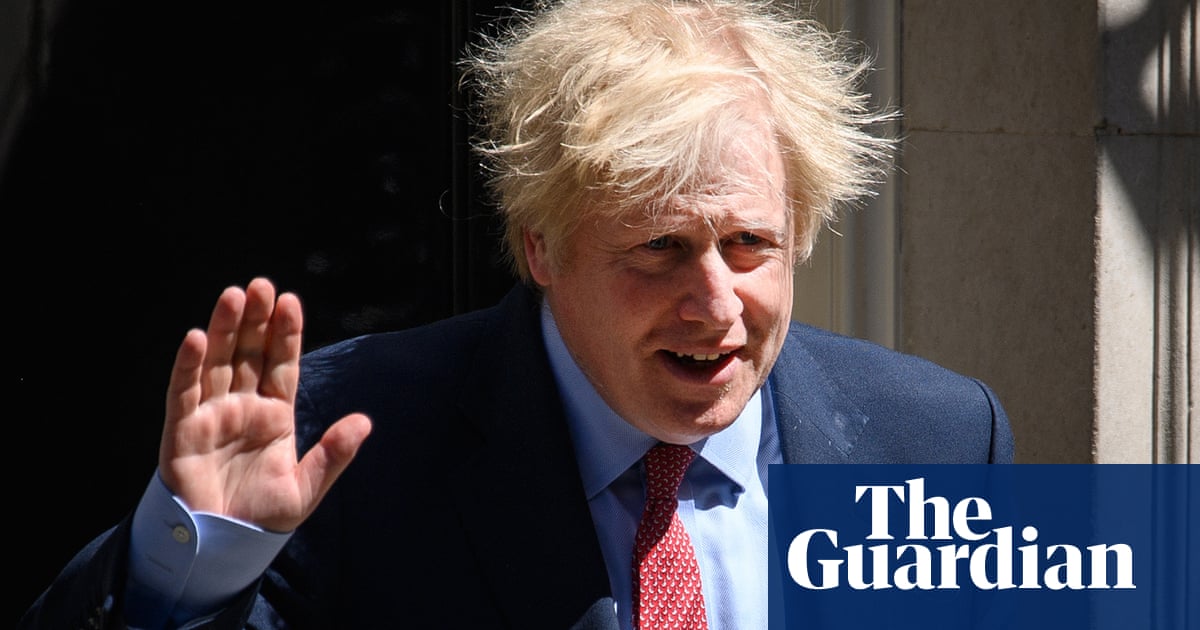 On 20 May 2020 the UK was two months into its first lockdown, with many isolated and barred from seeing friends and family even in the most difficult circumstances. The news that a “bring your own booze” party was all... 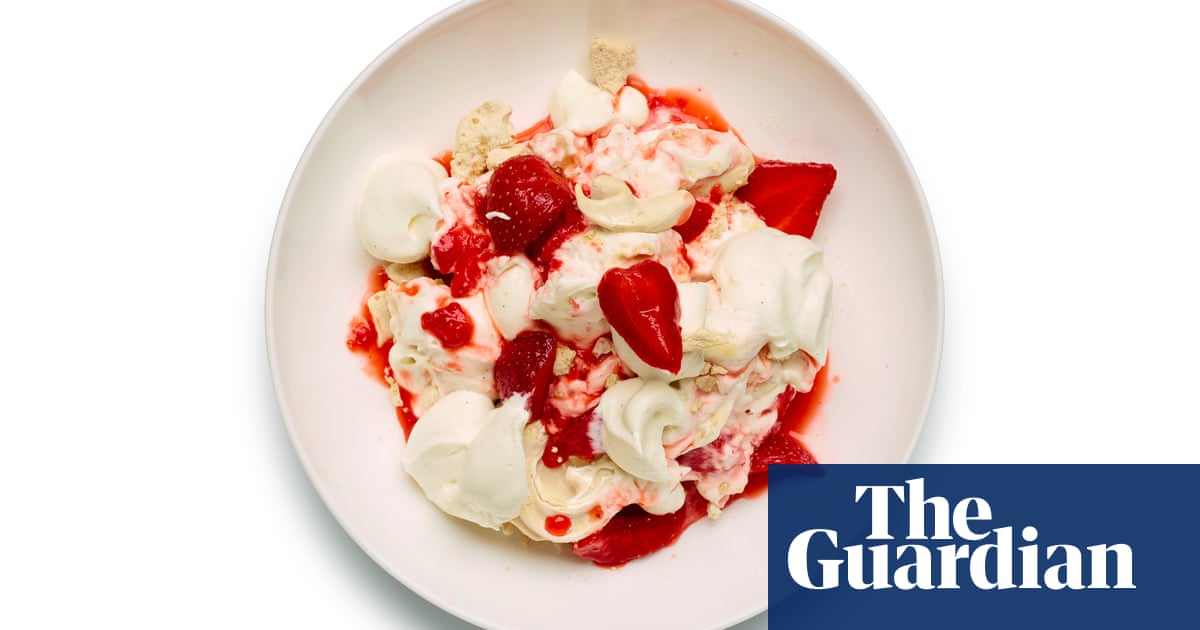 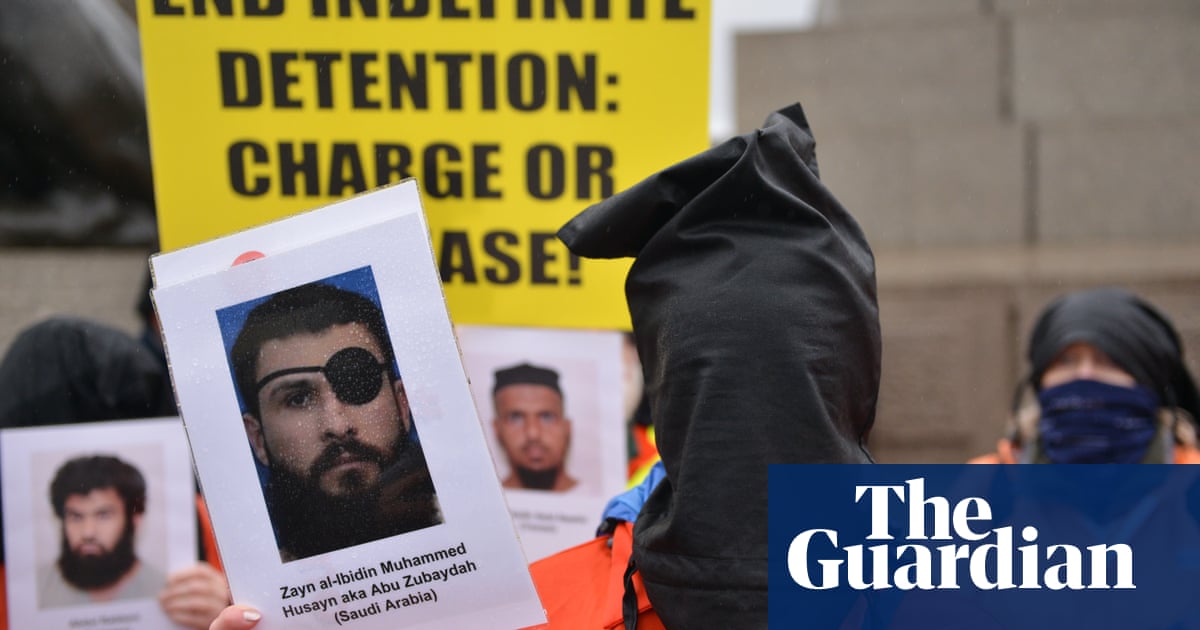 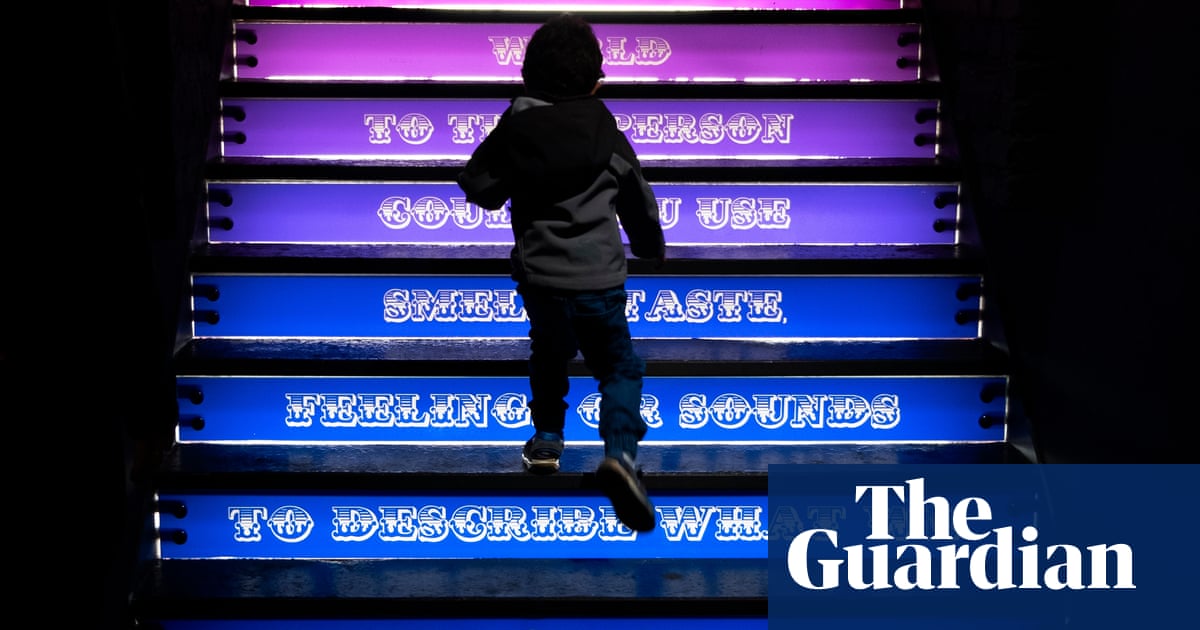 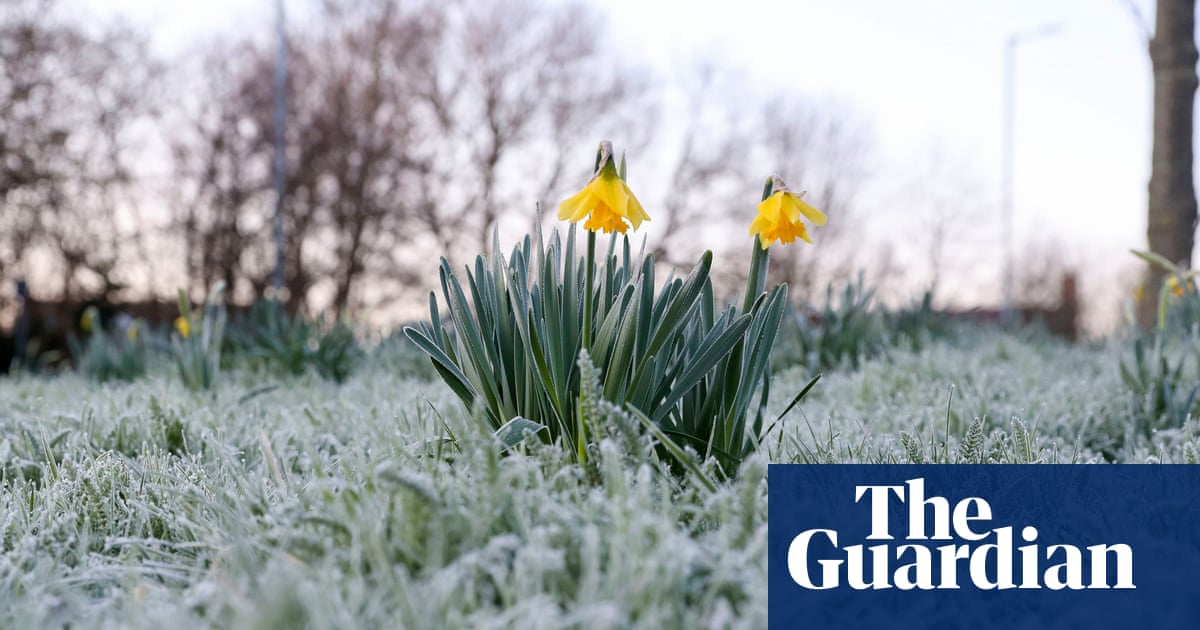 I saw this young palmate newt emerging on the evening of 1 January. Newts should be overwintering in leaf and log piles, compost heaps and other suitable refugia from November until late February or early March, when...