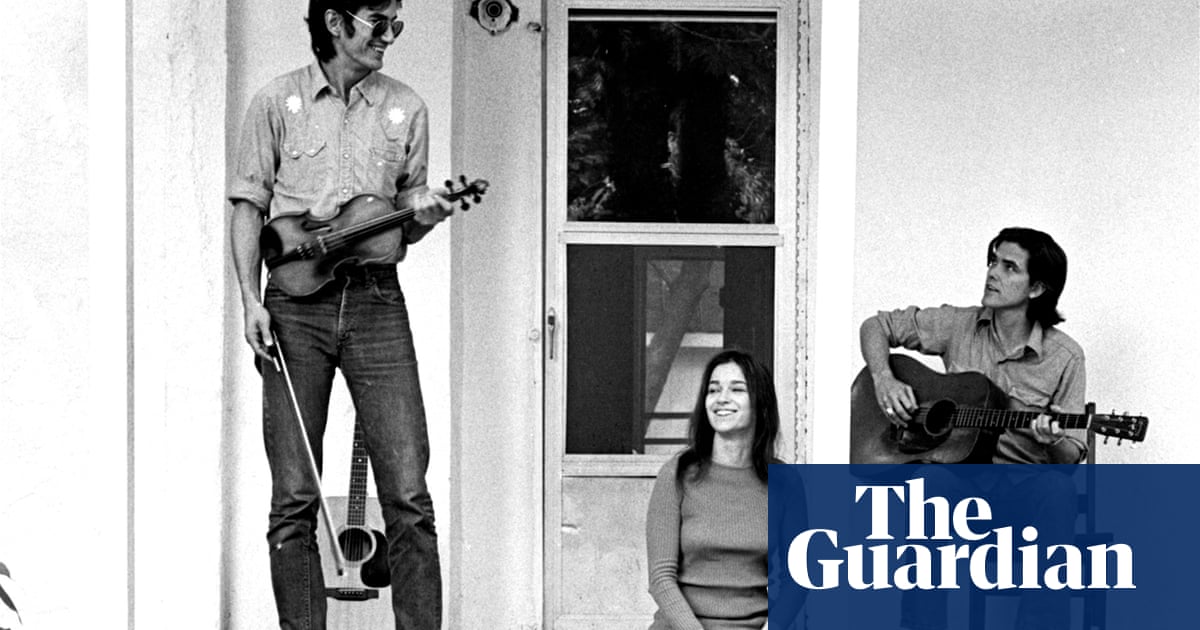 When director Tamara Saviano decided to make a film about the Americana songwriter Guy Clark, she knew she couldn’t tell his story without covering the lives of two other creative souls – his wife, the songwriter and painter Susanna Clark, and his best friend, the fellow Americana star, Townes Van Zandt. “They influenced him so much, and he influenced them too,” said Saviano to the Guardian. “You can’t separate them.”

Op dieselfde tyd, their entwined lives endured deep fractures and brutal hurts. The story Saviano tells in the new documentary Without Getting Killed or Caught, named after a lyric from one of Clark’s best-known songs, LA Freeway, traces a wide arc of personal traumas and creative triumphs. It involves a violent suicide, multiple addictions, and ruinous depressions. Maar, despite all that, the central figures forged a three-way love that, however unconventional, enriched them all. To reveal the intimacies of the story, Saviano scored a true coup – audio and written diaries left by Susanna Clark after her death from cancer in 2012. Throughout the film, the diaries are read by Oscar-winner Sissy Spacek. “They’re a gold mine,” Saviano said of the tapes.

That the director was able to secure them from Guy Clark shows the trust he had in her. Saviano, a music journalist, got to know the songwriter, who died of lymphoma in 2016, over a decade ago when she wrote his memoir, which shares the name of her film. Amazingly, Clark never listened to, or read, his wife’s diaries when he bequeathed them to Saviano. “Guy said, ‘Whatever’s in there is Susanna’s truth and you’re welcome to it,’” the director said. “He wasn’t afraid of it. I thought that was really brave of him.”

Then again, Clark’s openness dovetails with the kind of songs he wrote. Like John Prine, Clark used plain language in his songs to achieve literary feats. Similarly, the music he composed infused basic American genres, like folk, blues, and country, with fresh tunes, which he delivered in a voice that communicated both a dry humor and a ready empathy. Throughout the film, friends of Guy’s, including fellow Americana stars Rodney Crowell, Steve Earle, and Vince Gill, talk admiringly about the craft in his songs, as well as his indifference to commercial concerns. They speak just as openly about the complications in his key relationships.

Guy’s connection to Susanna began in tragedy. When they met, he was dating her sister, Bunny, who had become pregnant. Soon after, she killed herself. “There was no singular reason anybody could pin point,” Saviano said. “There was a news article that said she suffered from depression but nobody really knows.”

Guy wrote the poignant song for Bunny, She Ain’t Going Nowhere. The loss of her sister hit Susanna hard. In the diary she wrote, “I was desperate to hold on to my sister and Guy was the closest thing. Over our grief for Bunny, we fell in love.”

Destyds, in the late 60s, Guy had a day job as an art director for PBS Television but he longed to devote himself fully to songwriting. He took inspiration from his friend Townes Van Zandt who had already started a prolific career. After Susanna met Townes, they forged a bond as deep as she had with her husband. “Guy and I were married, but Townes and I were soul mates,” she wrote in her diary.

The relationship between Susanna and Townes wasn’t just emotional but, at times, seksueel. Oddly, the latter aspect isn’t covered in the film. “To me, it just didn’t matter,” Saviano said of the omission. “It was really about the love and the friendship between them. Guy knew that it was sexual and it was just accepted. We have to keep in mind that they were all young adults in the free love era of the 60s. And it’s not like Guy was the perfect husband by any stretch. They were all individual artists and they wanted to do what they wanted to do. They weren’t big on convention in any part of their lives.”

As Steve Earle says in the film, “the relationship between Susanna and Townes, nobody talked about because it was a little too intimate to be in the same room with sometimes. And nobody brought up questions nobody wanted the answer to.”

Saviano believes Townes gave Susanna something that Guy couldn’t. “He had this spiritual, vulnerable side and Guy didn’t share that," sy het gese. “Guy was a much more stoic, no-nonsense kind of person. I think he liked that Townes took some of the pressure off him so he didn’t have to be the charming husband all the time.”

Beyond their friendship, the trio’s bond centered on the art of songwriting. To celebrate it, Guy, Susanna and Townes formed an informal salon of fellow songsmiths. Susanna used to tape some of their conversations, several of which are featured in the film. Some capture them drunk, a key feature of their nights together. Though Susanna most often expressed her creativity as a painter – evidenced by work of hers that graces album covers by Guy, Emmylou Harris, Willie Nelson and others – she also wrote songs. Hers had more commercial appeal than Guy’s or Townes’, which caused some jealousy. Two pieces she co-wrote became no 1 country hits: I’ll Be Your San Antone Rose for the singer Dottsy, and Come from the Heart sung by Kathy Mattea. While some of Guy’s songs did well through cover versions by artists like Jerry Jeff Walker, Ricky Scaggs and Vince Gill, his own albums in the mid-70s bombed. Worse, he fought mightily with his record company over their insistence on fuller arrangements and production. Even the use of drums in his recordings irritated him, believing they took attention away from the heart of the song. Van Zandt went further, going out of his way to alienate even those Nashville executives who tried to help him.

Guy Clark released five albums on major labels and hated all of them, though they contained classic pieces he wrote, like Desperados Waiting for a Train or The Randall Knife. In the early 80s, he quit the business for five years. By decade’s end, he came back to record for the kind of indie labels that allowed him to perform largely with an acoustic guitar, as he preferred. His work wound up anticipating the Americana movement, for which he was later recognized with many awards in that field. “Guy has legendary status there,” Saviano said.

Op dieselfde tyd, his marriage to Susanna went through terrible times, leading to split for a number of years. “She had enough of my bullshit,” Guy says in the film, while in Susanna’s diaries, she expresses her need to work out things on her own. In time, egter, the depth of their connection brought them back together and Townes remained a tight part of their lives. But by then Townes had begun a fatal spiral downward, with addictions to both alcohol and heroin. “Nowadays, Townes would have been diagnosed as bipolar,” surmised Saviano. “When he was young, they did shock therapy on him and he lost all of his memory. So, who knows what that did to his brain.”

When Townes died, by 52 in 1997, Susanna took to bed and never left it. She also became addicted to the opioid Percocet. The director believes that “Townes’ death compounded lingering grief she felt from her sister’s death. But “because she was in bed for 15 jare, people in Nashville wrote her off as crazy,” Saviano said. “I wanted them to know that Susanna wasn’t crazy. She was grieving and never rebounded from it.”

The director said one of the reasons she made the film was to restore Susanna’s reputation as well as to burnish the work of Guy and Townes. Susanna died before she could give an opinion about Saviano use of her diaries in the film. Maar, the director said she feels “quite confident that her stamp of approval is there. Quite frankly, I think Susanna has been guiding this whole process from the great beyond.”

As evidence, she points to some odd connections between Susanna, Guy and the diaries’ narrator, Sissy Spacek, which she only discovered while making the film. Back in the 70s, Spacek had learned to play guitar from Guy’s first wife, Susan Spaw, and the actor recorded a song written by Susanna on her one and only album, back in 1983. The director believes both Guy and Susanna would have appreciated the fact that her film doesn’t sugarcoat their complicated story. “Guy wasn’t afraid of the truth," sy het gese. “None of them were. He would say, “Ja, this is life. This is what it was.” 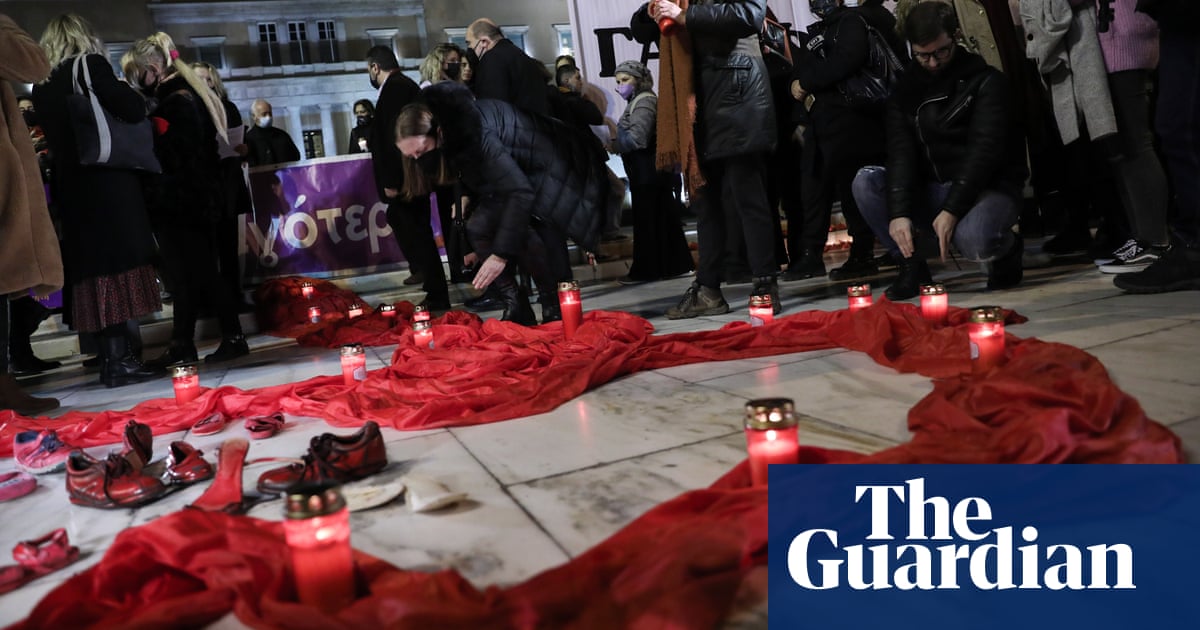 The Greek government has come under growing pressure to introduce femicide as an offence in the country’s penal code amid outrage over the growing and unprecedented number of women being brutally murdered by their par... 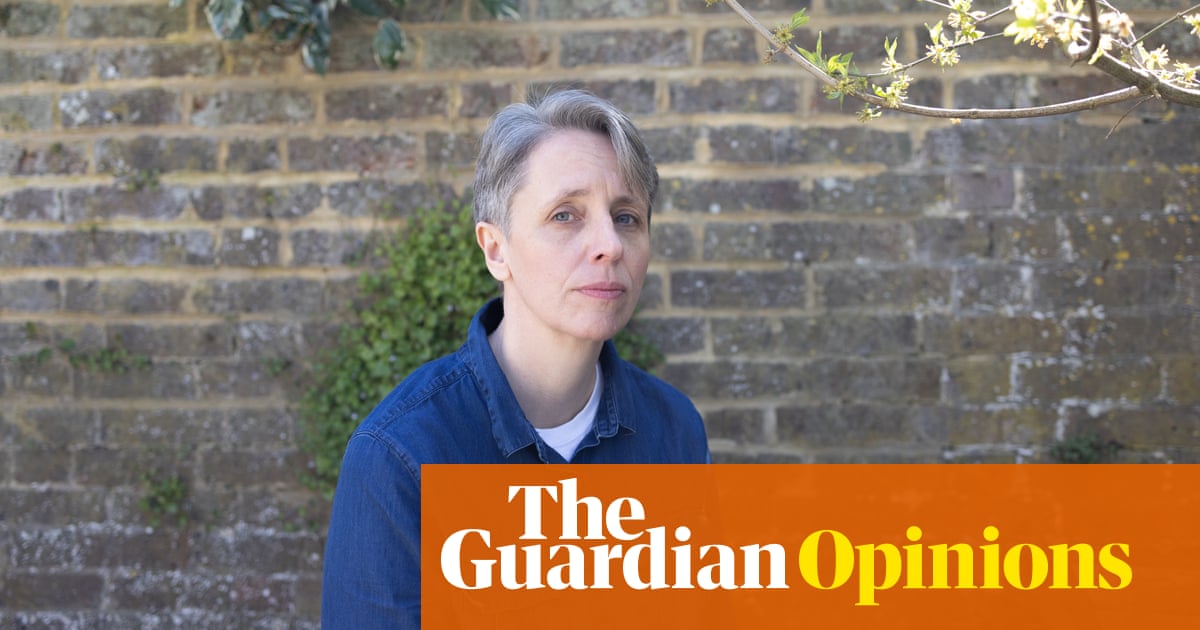 I would like to suggest that the response to last week’s protests against philosophy professor Kathleen Stock at the University of Sussex could mark a turning point in the argument over women’s and trans rights that h...