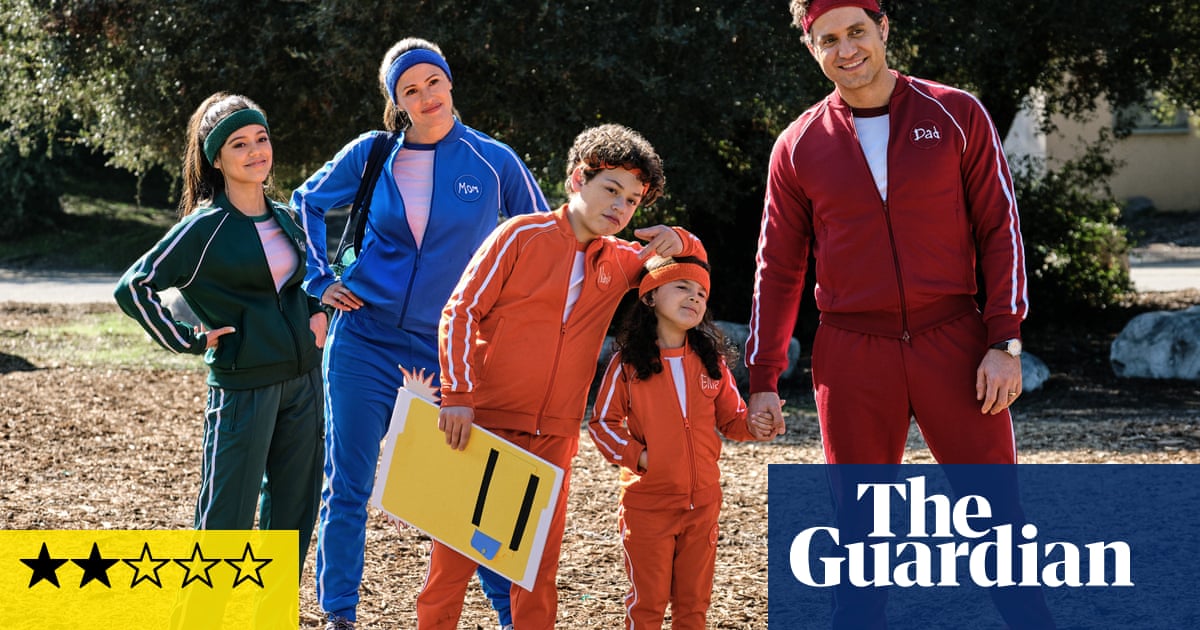 Think of a yes day as The Purge for kids. For 24 hours every year, (almost) all laws don’t apply. Their parents, who usually and understandably say no to the majority of requests, are forced to say yes to everything as long as it doesn’t result in death or some sort of illegal behaviour. It’s apparently a thing that happens, inspired by the children’s book by Amy Krouse Rosenthal and Tom Lichtenheld, and while the idea might give even those of us adults who don’t have kids a severe case of night sweats, it’s one that will drive anyone younger into a frenzy.

It’s a not uninteresting concept although in Miguel Arteta’s puppyish Netflix comedy Yes Day, it’s not one that gets explored beyond the thrill of eating lots of ice cream or going to a theme park. In under 90 minutes (the credits arrive after just 79 of them), fun is had, lessons are learned and enough pratfalls take place for one to worry about serious injuries but there’s a sense of magic missing, a charm that comes in teaspoonfuls rather than spades. The family dynamic is one that’s familiar to anyone with a cursory knowledge of how Hollywood likes to portray them: mum Allison (Jennifer Garner) is the disciplinarian, the one who insists that homework be done and messes be cleared, while dad Carlos (Edgar Ramirez) is more laidback, frantic at work but carefree at home. Their three kids are tired of the restrictions placed upon them, especially eldest Katie (Jenny Ortega) who thinks that at 14 she should be allowed more freedom, incensed that her mother won’t allow her to attend a music festival with a friend (dad of course said yes).

After Allison and Carlos endure a rather embarrassing parent-teacher meeting where they’re informed just how much their children hate Allison’s brand of parenting (one makes a video comparing her to Stalin, one writes a haiku comparing her to a captor), they’re given an idea by an eavesdropping teacher. With his six kids, he practices a yes day once in a while. It has to be earned by good grades and good behaviour in the weeks preceding and there are important caveats but it allows them to blow off steam and see their parents in a fun light again. Allison, desperate to be viewed more favorably, and Carlos, desperate for peace, agree to it and (moderate, easy to clean up) hell breaks loose.

Unlike the many family films that have come before it with a similar gender dynamic, there’s at least a vague awareness here of the unfair positioning at play – have fun with dad while rolling eyes at mum – and there are some broad attempts at trying to redress the balance. In one of the more specific scenes, Garner also gets a jolt of a job interview as she attempts to re-enter the workforce after bringing up three kids (“I never stopped working, I just stopped getting paid for it”) being politely informed that she seems far too nice and mature to take on an “entitled millennial’s” entry-level position that would leave her crying into her gluten-free burrito (“I wouldn’t want to do that to you, I like you too much”). But any of the more interestingly observed elements of the story soon fade for the main event, 24 hours of kid-controlled mayhem, which wouldn’t be as much of a problem if the chaos was a little bit more creative.

But the stakes are too low, the conflict too minimal and the ideas too undercooked. I’m not saying I wanted the kids to engage in some sort of disturbing psychological warfare with their parents but I wanted a little bit more than going through the carwash with the windows open, some more imagination wouldn’t have gone amiss. Arteta’s had a funny old career, creating three genuinely striking dark comedies (Chuck & Buck, The Good Girl and Beatriz at Dinner) and a TV show (Enlightened) with Mike White but finding himself adrift in recent years going, from annoying (Duck Butter) to unfunny (Like a Boss) and now to this, serviceable enough for undiscerning young viewers but lacking in much of a spark. We don’t spend enough time with the family pre-yes day to really understand or care about their dynamic beyond the blandest of strokes and the emotional climax is therefore hard to muster up the vaguest of damns about.

Garner gives an earnest but edgeless performance while Ramirez seems a little lost so it’s up to an energetic Ortega to add some life, drawing us in while everything around her is pushing us out. If you need a charming film headed up by a skilled comic actor about a family going through troubling times then watch Rose Byrne in Instant Family instead because it’s a big no for this one.