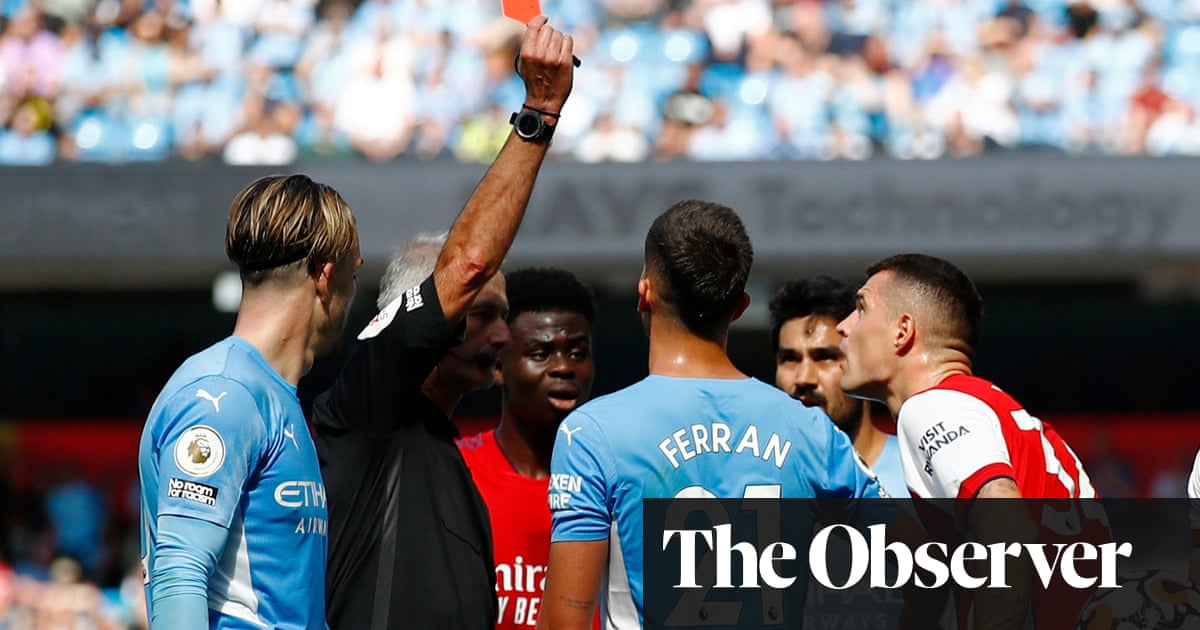 Per Arsenal, ignominy is following indignity, misery stemming from the wrong sort of history. Their worst start to a season for 67 years leaves them pointless and goalless, hapless and rudderless, rooted in the relegation zone and seemingly stumbling into crisis. Europe’s biggest spenders this summer were eviscerated by a team who proved unable to pay any of their millions for Harry Kane or Cristiano Ronaldo and needed neither.

Inevitably, tuttavia, Arsenal were beaten as much by themselves, by the self-destructive streak that was epitomised when Granit Xhaka was sent off for an absurd two-footed lunge at João Cancelo, a decision he had the gall to complain about.

It felt vaguely ludicrous and entirely plausible that Arsenal could have conceded twice to headers from Gündogan in quick succession. Uno, nevertheless, brought the breakthrough. Gundogan was an improbable reason why City scarcely needed strikers to regain the title, a passer who acquired a predatory streak. Last season’s top scorer showed he retained it, materialising in the six-yard box to finish. It reflected badly on Calum Chambers, who lost the German, but well on Jesus. A week after setting up three goals against Norwich, he delivered the deep cross.

The Spaniard has seemed the locum in attack, occupying the position until Kane or Ronaldo arrived. Anziché, he could claim the role on a semi-permanent basis. With Jesus resurrecting his City career as a right-winger, Torres is the closest thing to a centre-forward in a midfielder-heavy squad. His was a poacher’s finish but he showed another side to his game in City’s third.

Rodri steered in a sidefooted shot from 20 yards. He was set up by Torres but Arsenal stood off him. In the moment, as in the game, it was too easy for City.