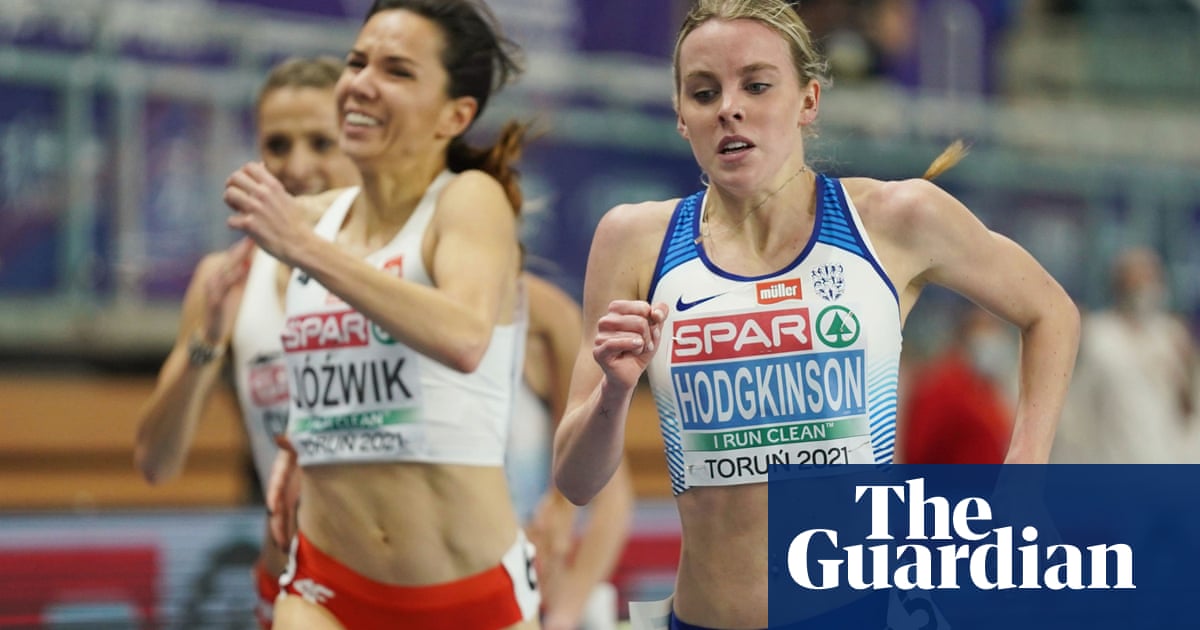 The teenage middle-distance runner Keely Hodgkinson has been hailed as an outstanding talent with all the tools to be at the vanguard of a new wave of British track and field stars by Christian Malcolm, the head coach of UK Athletics.

Hodgkinson was one of two golds won by the British team at the European indoor championships in Torun, Poland, as she stormed to the 800m title just four days after her 19th birthday.

But Malcolm believes her masterly performance, against a field that included a world indoor silver medallist and a fifth-placed finisher at the Rio Olympics, was just an inkling of what may follow.

“Keely is still a teenager yet has gone out there against the best athletes in Europe and shown she can be European No 1,” Malcolm said. “She is an outstanding talent and what I think is more important and impressive, is her tactical nous.

“She is always in the right positions. For a young athlete to have such a great racing brain and talent is brilliant. We have to remember she is still very young and has a lot of developing to do, but at the moment she has all the tools to be able to become world class.”

An inexperienced British team won 12 medals in Torun, equalling their best ever at a European indoor championships. However Malcolm believes that it will be at the Paris Olympics in three years’ time where Hodgkinson and other rising talents – such as Jemma Reekie, Dan Rowden and Max Burgin in the 800m, Amy Hunt in the 200m, and Niamh Emerson in the heptathlon – will be at their absolute best.

“Paris is the long game and the focus,” added Malcolm. “We’ve got a lot of talent coming through and it’s being able to nurture and focus it. The fact we’ve got three big championships in 2022, with the worlds, Commonwealths and Europeans, and then back for the worlds and Olympics over the following two years is a real opportunity for these athletes to really grow. It’s for us to help and support them through that.”

Malcolm also praised his captain, Jodie Williams, who won a bronze medal in the 400m and a silver in the 4x400m relay after seven years without an international medal. “She has led by example, not just by her attitude around the team but her attitude and determination on the track,” he said of the 27-year-old. “For a sprinter to step up to the 400m is very tough. I think she’s a massive inspiration.”

There is no better representation of the decline of the English upper class into the global rich’s servant class than Ben Elliot. On the one hand, the co-chairman of the Tory party is now a rent collector, hauling in ...