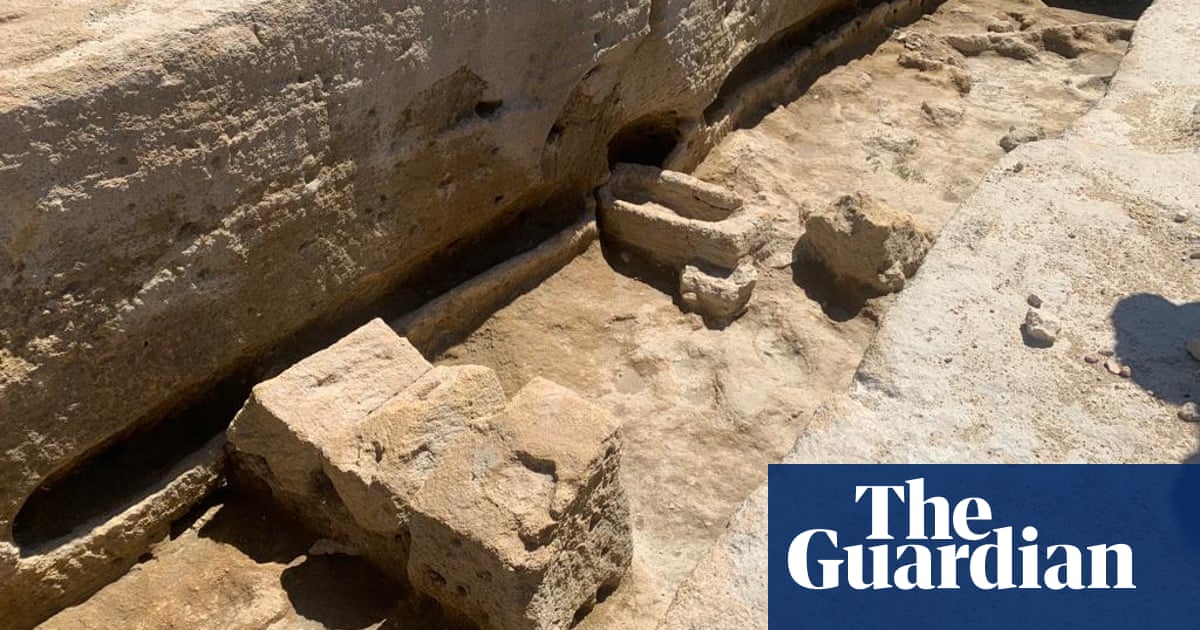 Workers upgrading water supplies in southern Spain have come across an “unprecedented” and well-preserved necropolis of subterranean limestone vaults where the Phoenicians who lived on the Iberian peninsula 2,500 years ago laid their dead.

Archaeologists exploring the site – which was discovered amid the Roman ruins in the town of Osuna, 55 miles (90km) east of Seville – say the Phoenician-Carthaginian cemetery dates back to the fourth or fifth century BC and is highly unusual as such sites are normally found in coastal areas rather than so far inland.

Although the local ruins of the Roman city of Urso are well known, the discovery of the Phoenician necropolis has stunned archaeologists and locals. The only similar finds have been made around the coast of Cádiz, which was founded by the Phoenicians in 1100BC and which is one of the oldest continuously inhabited cities in Europe.

Preliminary surveys have so far turned up eight burial vaults as well as staircases and areas that are thought to have served as atriums.

The culture and historical heritage department of the Andalucían regional government, which is overseeing the excavations, said its archaeologists had discovered “a series of remains of unquestionable historical value” that were “unprecedented in inland Andalucía”.

The lead archaeologist, Mario Delgado, described the discovery as very significant and very unexpected. “To find a necropolis from the Phoenician and Carthaginian era with these characteristics – with eight well tombs, atriums and staircase access – you’d have to look to Sardinia or even Carthage itself,” he said.

“We thought we might find remains from the imperial Roman age, which would be more in keeping with the surroundings, so we were surprised when we found these structures carved from the rock – hypogea [subterranean vaults] – perfectly preserved beneath the Roman levels.”

Rosario Andújar, the mayor of Osuna, said the find had already prompted a re-examination of the area’s history.

“We all know that excavations in certain parts of our town are pretty likely to turn up remains that have varying degrees of historical value, but we’ve never gone this deep before,” said Andújar, who visited the site on Monday.

The new evidence of a Phoenician-Carthaginian presence in the area, added Andújar, “doesn’t change history – but it does change what we’d known until now about the history of Osuna, and it could be a turning point”.

The mayor said that while more research needed to be done, the luxurious nature of the necropolis suggested it had been built for those at “the highest level” of the social hierarchy.

“The operation isn’t over yet and there’s still more to be discovered,” she said. “But the team has already come up with reliable information that attests to the historical importance of all this. Both the graves themselves and the ritual spaces that are being examined suggest that this wasn’t any old burial site.”

Osuna, which has a population of nearly 18,000, found a worldwide audience eight years ago when parts of the fifth season of Game of Thrones were filmed in the town.