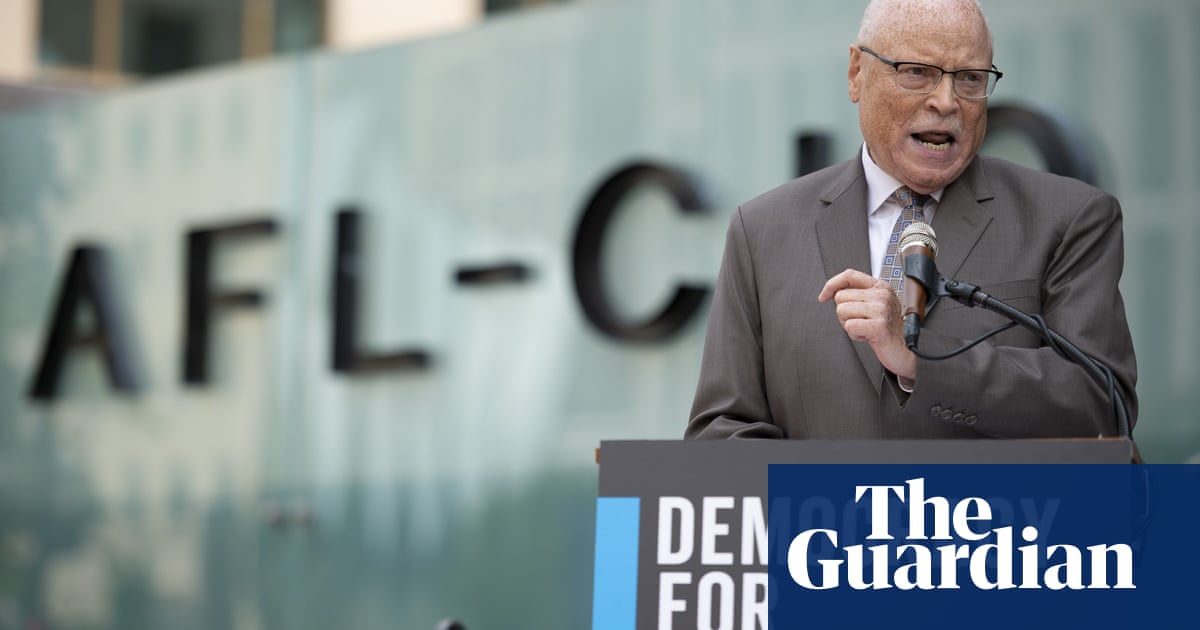 Labor unions have been fighting to secure the right to unionize and collectively bargain for más que 250,000 public sector workers at cities, escuelas, colleges and counties in Colorado.

Hoy dia, 24 US states, including Colorado, prohibit or limit collective bargaining rights for public sector workers, resulting in significant discrepancies in union density and wages among public sector workers in these states compared with states that mandate public employers to bargain with workers.

Unions have also been pushing for Congress to pass a bill to expand collective bargaining rights to all public sector workers across the US through the Public Service Freedom to Negotiate Act.

Brittany Williams worked as a clinical social worker in child welfare services in El Paso county, Colorado, for about four years before leaving in July 2021 due to management’s lack of concern for high workloads and failure to listen to feedback from frontline workers on how to improve services.

“It is worse than not being unionized. It was like they’re going to pretend like you have a voice, and they’re going to make you feel like you do, but the minute you try to use it, we’re going to use it against you and punish you for it,” said Williams. “I stayed long enough to know what the problems were and I left because I knew that I was never going to have a voice to fix them.”

Williams and several other co-workers started talking about ways in which they can unionize, and shortly after her management pulled her into anti-union meetings, which halted the talk about unionizing.

“None of us left those meetings feeling secure of our employment. We definitely all felt like our jobs had been threatened,” Williams said. She said she wouldn’t have left her position if she had collective bargaining rights to exercise her voice in the workplace.

En 27 Mayo, Gobernador de Colorado, Jared Polis, firmado the Collective Bargaining for Counties bill into law, which expands collective bargaining rights to 36,000 county workers throughout Colorado – though that is far from the total sought by unions in the state.

Heather Burke, president of American Federation of State, County and Municipal Employees (AFSCME) Local 3927, and a full-time social caseworker for Adams county division of children and family services, fought with her co-workers to win collective bargaining rights before the bill’s passage, winning a first contract en agosto 2021, which included important safety protections for workers on the job.

“From the start, we noticed a difference,” said Burke. “We went from this culture of fear to this culture of being able to speak up and ask for help or give suggestions without fear of retaliation.”

La factura, although a compromise from a previously proposed bill that would have granted the right to strike a alrededor 250,000 public sector workers throughout Colorado, was hailed as one of the most significant expansions of collective bargaining rights for public sector workers in recent years. It goes into effect next year.

“All across the nation, workers are fighting tooth and nail to get a seat at the table, and they’re winning. We see it in Starbucks coffee shops. We see it in cultural institutions, and now we’re seeing it in Colorado, where county workers will have the freedom to negotiate to improve their lives and strengthen the public services they provide,” said the AFSCME president, Lee Saunders, in response to the bill’s passage.

Opponents to the legislation included several county governments, cual argued the costs would be too high to cover the cost of wage and benefit increases that come with unionization.

“It stung a little, especially coming from my own county,” said Josette Jaramillo, president of the Colorado AFL-CIO and AFSCME Local 1335, who has worked as a caseworker in Pueblo county’s department of child welfare for 17 años. Ella ha estado fighting for years to secure collective bargaining rights for herself, her co-workers, and other public sector workers throughout Colorado.

“The services that county workers provide are vital to our community, especially our most vulnerable neighbors. This just gives us an opportunity to have a voice on the job and to talk about how we can improve the workplace of the workers, as well as the services that we provide to our communities,” said Jaramillo.