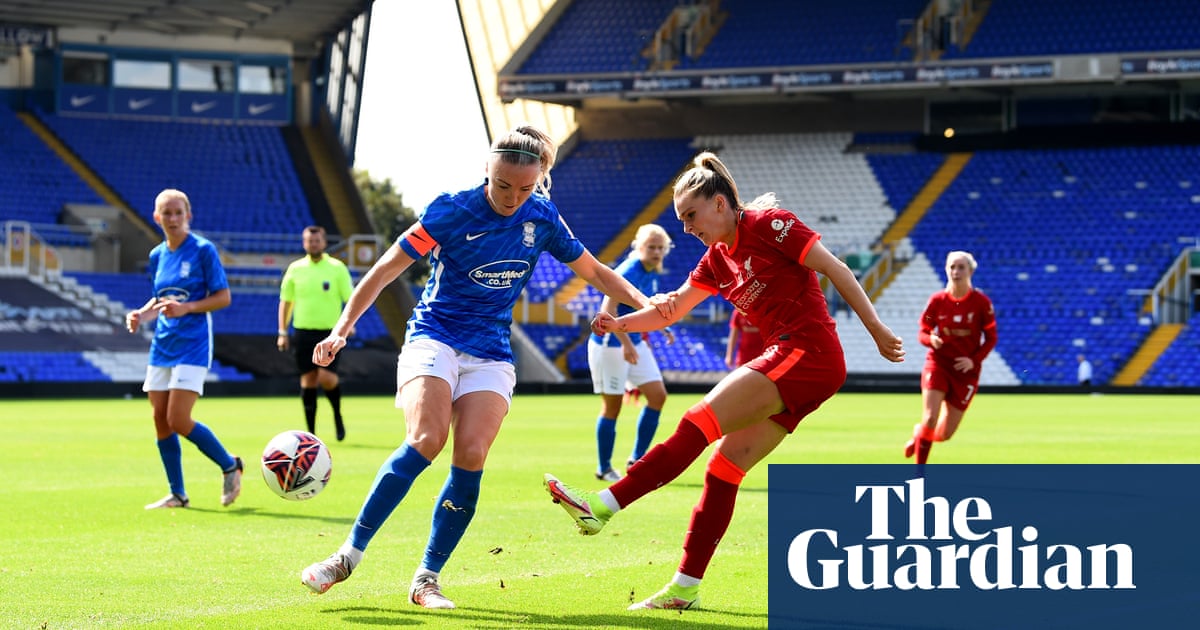 A wholesale changing of the guard in the West Midlands has seen Birmingham spend the summer acquiring a new manager, a new coaching staff, a new home and, virtually, a new team.

If any WSL outfit needed to “rip it up and start again”, it was this one. After all, as recently as April Birmingham’s entire playing staff sent a letter to the board emphasising that inadequate infrastructure and sub-standard training conditions were preventing them from doing their jobs to the best of their abilities. As the team’s key defender Harriet Scott, who combines playing with studying for a degree in medicine, put it at the time: “The players deserve support. The women’s game deserves better.”

It is to the immense credit of Scott and co, not to mention Birmingham’s former manager, Carla Ward, that despite far from ideal practice facilities, medical support and travel arrangements, the squad somehow avoided relegation.

Instead Birmingham finished second bottom and the highly regarded Ward decamped to Aston Villa. Given that things had become so bad the FA temporarily relocated her team to St George’s Park when the pitch at their former Damson Park home became waterlogged last spring, few could blame her. A chaotically turbulent campaign had also involved the FA awarding Tottenham a win after Ward lacked sufficient fit players to fulfil a WSL fixture and Birmingham being deducted a point for fielding a suspended player against Reading.

When Ward’s squad complained of, among other things, inadequate pay and contractual protections, civil war beckoned but the summer brought a raft of improvements. Foremost among these alterations were Scott Booth’s appointment as manager and the team’s groundbreaking move to the 24,409 capacity St Andrew’s, the stage for all home games this season.

So far there have been eight new signings and eight departures. Yet, if there is reason for cautious optimism, Booth will do well to guide his new team above mid-table. Birmingham may be longstanding mainstays of the women’s top tier but their playing budget remains relatively modest. Eclipsed by big spending Chelsea, Manchester City, Arsenal et al they have not been alone in struggling to adjust to the league’s shift to full-time professionalism in 2018.

When their behind-the-scenes travails became public knowledge, a previously sealed window was flung open, showing outsiders that behind the WSL’s glossy veneer there were clubs where squad players earned little more than the minimum wage and off-field infrastructure was more Sunday League than Super League.

Bolstered in part by the WSL’s new television deal, Birmingham have reaffirmed their commitment to the women’s team and recent actions suggest such words carry substance. If Booth’s installation and the relocation to St Andrew’s bodes extremely well for the future, the recent recruitment of an additional physiotherapist as well as a physical performance coach and a sports rehabilitation specialist suggests the small print is finally being taken care of as well.

After playing for elite men’s clubs, Booth has made it clear he will not settle for second best. “There’ve been a lot of changes here,” says Quinn. “It’s important that as
players we keep asking the questions but, so far, it’s all really promising. I have full faith that will continue.”

If anyone can steer Birmingham into better form after fighting to stay up last season, it is Scott Booth. His reputation in the game should fill fans with confidence, after leading Glasgow City to six consecutive Scottish titles. Birmingham badly need the consistency he will aim to bring with him.

Louise Quinn A significant move for Birmingham this summer was to bag Quinn from Fiorentina. The Republic of Ireland defender comes with a wealth of experience, having won the 2018-19 WSL title with Arsenal, and has been named club captain.

Christie Murray The most exciting player in Birmingham’s squad last season, the adaptable creative player unfortunately fractured her foot during pre-season. The club have not confirmed when the Scotland international will be available again – but they will hope as soon as possible.

Emily Ramsey On loan from Manchester United, Ramsey offers a safe pair of hands to reduce the number of goals conceded. Birmingham let in 44 last WSL season which needs to be cut if they want to challenge for a top-half finish.

When England kick off against North Macedonia on Friday in their opening 2023 World Cup qualifier it will be the team’s first competitive game in 802 days. A lot has changed since that defeat by Sweden in the bronze-m...