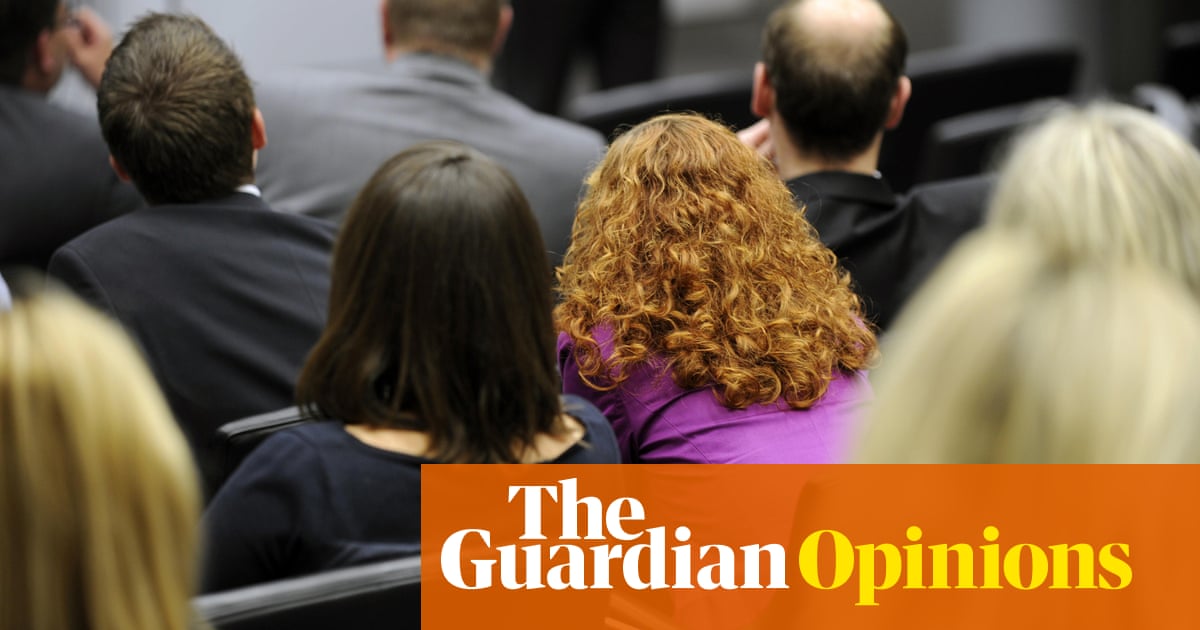 Perhaps you have heard about the mysterious case of the disappearing older woman, who almost overnight seems to vanish from the workplace, the media landscape and society’s line of vision. なので others have chronicled, women over 40 face a sucker punch of ageism wrapped in sexism: as our youth recedes, our currency crashes.

This hits hard at work, where we already know that multiple barriers stymie careers for those women who decide to have children. The unequal burden of unpaid labour only adds an extra blockade. Throw in some everyday workplace sexism: role-stereotyping, devaluing, appearance-judging and harassment dressed up as banter. Put it all together and it turns out that these endless obstacles do in fact obstruct, leaving fewer older women in senior jobs, or even in work at all. But the absolute kicker to this trajectory is that the sidelining takes place precisely at the time when many women find their confidence and hit their stride.

This cruel timing is no accident. “It has happened too often, to too many I know, for it to be a coincidence,” one woman in her mid-40s told me, recalling female contemporaries who stopped hiding their talents only to hit a cliff-edge at work. I’ve heard versions of this from women in their 40s upwards, a period when a confluence of factors – experience, life skills, menopause, freedom from childcare for some and worrying about what others think – has produced a sense of assuredness, often for the first time. By our mid-40s, confidence levels between the genders reach parity as women catch up and possess it in equal amounts to men. But this exhilarating shift for women – finally shorn of ingrained behaviours such as endless people-pleasing, acquiescence and self-deprecation – clashes with expectations and incurs penalties at work. That’s when we realise that gravitas and the wisdom of age are not welcome in female form.

We’re so conditioned to both expect and reproduce gender-stereotyped behaviour that, when older women stop conforming, it’s just too much. Vicki Marinker, a recruitment consultant and midlife blogger, says that workplaces haven’t “caught up with how to deal with women with this level of experience – senior women who know their stuff”. Women swap stories of their newly acquired confidence causing resentment, or worse: one woman in her late-40s, who worked in the manufacturing sector, told me how a male boss furiously berated her after she questioned him for the first time in a meeting.

Others are disparaged as difficult, stroppy, aggressive, jumped-up, a nag, rude, a show-off or – but of course! – hysterical. When an older woman’s manner in management settings is not as expected – meek, smiley, thankful to be there – it works against her. Then the exclusionary behaviour starts: not being invited to meetings, the pub or lunches.

For women of colour, the picture is even worse. To begin with, structural racism trumps everything else and applies across workplaces. Kalwant Bhopal, director at Birmingham University’s centre for research in race and education, documents how BAME staff remain underrepresented in academia. その間, BAME women, notably key workers, です twice as likely as white counterparts to be working in insecure jobs. As they accrue experience, women of colour hit a lower, earlier ceiling. And confidence from an older woman of colour provokes twice the outrage: double the how-dare-yous and don’t-you-know-your-places.

Barely mentioned, and much less factored into the workplace, is the subject that’s ever-present in conversations among this invisible cohort: menopause. Like most things women are conditioned to believe, the idea of menopause as dreadful and the end of everything simply isn’t true, say the many now breaking the silence on the subject. But casting menopause as sad and a bit of a joke (“Haha, hot flushes! Brain fog!」) while not accommodating it at work is another way to marginalise those increasingly non-compliant older women.

Sam Baker, whose book The Shift and accompanying podcast narrate the empowerment of menopause, sees it as “a gift” that bestows clear-sightedness and a sense of ease. After speaking with more than 100 women about the menopause, she notes that almost without exception they talk of gaining the ability to say no, of being less compliant and being able to put themselves first. This may be bound up with hormonal changes, but is certainly connected with another shift, as one woman told me: “You get to your 50s, the male gaze is no longer turned on you and you realise how awful it was to live under it, how liberating to be free of it.” Not having to deal with, factor in, accommodate and tiptoe around this omnipresent, objectifying force releases a windfall of energy – along with legitimate anger over the huge efforts expended to date.

Many midlife women sidelined from work, with the means to, have left to set up something of their own. I can see why: it’s wearying, having the same fights over diminishing scraps at the company table. And there’s usually a breaking point, of feeling too damned old to be endlessly hemmed in and held back. But however they disappear, those older women are taking their talents, skills and wisdom with them. Ultimately that’s a loss for those remaining in the workplace, not least a younger generation who see gaps where there should be middle-aged women demonstrating the existence of a future path.

On Thursday’s Daily Show, Trevor Noah discussed what some are calling the Great Resignation: American workers quitting their jobs – in retail, 教育, food industry and beyond – in the wake of the pandemic. There ...

A lot of your films have, おもう, been autobiographical. How much of yourself were you able to put into The Last Duel [Holofcener focused on the section from the point of view of Jodie Comer’s Marguerite]? Is the “co...