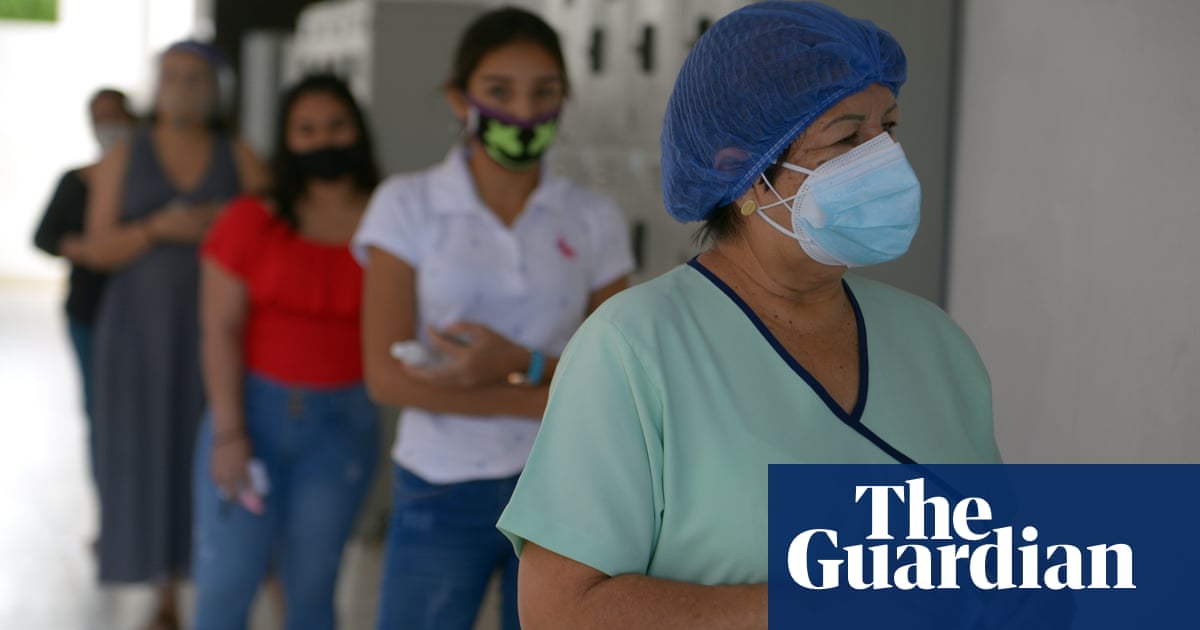 Women and young people could play a decisive role in determining the outcome of Ecuador’s elections this weekend – and the two male candidates are doing all they can to attract the oft-sidelined sectors of the country’s electorate.

Andrés Arauz, the protegé of former president Rafael Correa won 32.7% of the vote in the first-round vote in February and faces three-time presidential candidate, conservative banker Guillermo Lasso, who won 19.7%, in a runoff vote on this Sunday, 11 April.

With voters weary of debate focused on the polarization over Correa’s divisive decade in power and his controversial legacy, both socially conservative candidates are seeking to expand their support by broadening their agendas to include LGBTQ+ rights, race and gender.

Young voters between 18 and 30 – who make up around a third of Ecuador’s electorate – have been hit by rocketing unemployment and cuts in university funding, exacerbated by a brutal coronavirus pandemic which has infected nearly 338,000 and killed more than 17,000, according to official figures.

Women in Ecuador have been hit even harder, as Covid-19 confinement and economic hardship caused gender inequality to spiral and the number of femicides to nearly double from 71 in 2019 to 118 in 2020, according to data compiled by the Latin America Association for Alternative Development.

Lasso, 65, a member of the ultra-conservative Catholic group Opus Dei, has visited campaigners for LGBTQ+ rights and tabled policies aimed at tackling gender violence such as creating a women’s rights ombudsman. Arauz, 36, has pledged payments of $1,000 each for 1 million mothers if he becomes Ecuador’s next leader.

So far, however their efforts have failed to impress, said Estefanía Chávez, a lawyer and feminist activist. “We haven’t seen anything that goes beyond the rhetorical,” she said.

Both candidates – who are virtually tied in opinion polls – have opened TikTok accounts following the lead of Xavier Hervas, who came fourth in the first round, and Yaku Pérez, an indigenous and environmental activist, who came a close third with 19.4% of the vote.

But Chavez said that for many voters the messages do not go far enough. “We have only seen superficial and banal responses to a longstanding structural problems of discrimination against women and the LGBT community,” she added.

Rashell Erazo, a trans woman who leads Alfil, an LGBTQ+ rights organisation in Ecuador, says the majority of her community were “inclined towards Yaku Pérez for his inclusive proposals” as well as Hervas.

But neither of the current candidates had “real proposals”, said Erazo. “What there has been is outreach to get votes.”

Pedro Donoso, a political analyst, says the electorate shows a “level of pessimism never seen before”, with pollsters showing most Ecuadorians are worried about the future and 28.8% undecided about who to vote for, according to Cedatos.

At the same time, only three in every 10 Ecuadorians have full employment and poverty and extreme poverty have grown to levels not seen in more than a decade, according to the country’s statistics and census institute.

“Both of these candidates carry the weight of the past,” Donoso said.

Feminist organisations remember Lasso’s opposition to decriminalising abortion in the case of rape, Donoso pointed out, while the authoritarian legacy of Arauz’s mentor Rafael Correa casts a shadow on his policies that set out to be “respectful of human rights”.

Whoever wins the election will face a divided congress, a prolonged economic downturn and rising social discontent amid slow a vaccine rollout. The country of 17.5 million currently plans to inoculate 60% of its population by the end of the year.