Not so much a budget speech, more a hostage video. This wasn’t quite the hour of glory Brand Rishi had imagined for himself when he’d begun writing his third budget. Yes, he’d gone through the motions of having his teeth whitened for the numerous photo opportunities. Yes, he’d worn white socks and sliders. He’d even had days of people talking all about him as he leaked most of the contents of his budget in a series of coordinated email drops.

But he still couldn’t fool himself. His heart just wasn’t in it. Because when he’d gone in to show Boris Johnson what he had in mind, the prime minister had just ripped 90% of it up. “This just won’t do at all. You’ve hardly spent a thing,” Boris Bertie Booster had said, before handing him an entirely new speech. “Here’s what you’re going to say instead.”

Brand Rishi had tried to argue, saying that just because they’d spent a fortune on Covid recovery programmes, it didn’t mean the country could continue to max out its credit cards, even when the sums involved were considerably less.

But Bertie Booster had just told him he could do one. If the chancellor didn’t like the budget he’d been handed, he’d find someone else to give it. For a nano-second, Sunak had thought about sticking to his principles and walking away, but then he remembered that having principles was very off brand. So he’d suck it up. Still, it didn’t mean he had to enjoy it.

Before he’d begun his Commons speech there had been a bit of a commotion on the government frontbenches as cabinet ministers bobbed up and down, trying to find out if Boris was wearing a mask.

He was, now he had finished prime minister’s questions.

Liz Truss, who hadn’t bothered to wear a face covering throughout PMQs, guiltlessly put one on as well. Then, after a five-minute bollocking from the deputy speaker for leaking 95% of the budget, Sunak took centre stage.

“We are in a new age of optimism,” he had begun. That much was certainly true. His whole budget was based on a wing and a prayer. Borrowing was down a bit but still sky high compared with what was considered normal. Inflation could easily creep above 4%, in which case most of the country would be a great deal worse off. Growth stalling as it probably would. It only needed one part to go wrong and the whole thing would fall apart.

It was the type of mindless optimism that only Bertie Booster could come up with. Merrie England without the Merrie. With any luck, Sunak insisted, the public finances would soon be back to the shit state they were in 2010. He seemed to have forgotten the Conservatives had been in power for the past 11 years.

Brand Rishi then ran through a whole load of spending commitments that he had no idea if he could pay for. A bit for education – though nothing like the amount the recovery tsar had said was needed. Some levelling up stuff for the north – though no mention of HS2. That was dead in the water. A vague commitment to restoring overseas aid to 0.7% in four years’ time. Personally he couldn’t see the point as he’d always thought it was a bit of a waste of money. What had Johnny Foreigner ever done for us?

There were few gags – even Philip Hammond had better lines than this – and precious little enthusiasm from the Tory benches as Brand Rishi’s dull monotone droned on for more than an hour.

Partly because they had already heard most of it but mostly because they couldn’t believe their ears. Not even the mention of Brexit bonuses could cheer them up. What was a Conservative government doing spending money on poor people?

“But I do believe in low taxes,” Brand Rishi had squeaked, having finally sneaked a page of his original budget draft into his speech. The real Sunak had finally spoken. But no one had heard him.

It was too little too late: a bit like the man himself. The diminished Mini-Me chancellor was now the Mini-Mini-Me chancellor. What with the recent national insurance hikes, taxes were now higher than any time since the early 1950s. If a Labour chancellor had delivered this budget, the Tory benches would have been roaring their disapproval.

Normally it’s the leader of the opposition who replies to the chancellor but Keir Starmer had tested positive for Covid 10 minutes before PMQs, so it was left to the shadow chancellor, Rachel Reeves, to step in at short notice.

It can be a thankless task when you don’t know what the chancellor will be saying, but Brand Rishi had made it a whole lot easier for her by leaking it all in advance. So this was her chance to shine, and she accepted it gleefully.

Sunak had painted a picture of a Britain that most people didn’t recognise, she said. Where were the food and lorry driver shortages? The rising energy prices? The £37bn wasted on test and trace? His budget had not so much as mentioned them. Or Covid, for that matter. And while there were some parts that Labour could support, overall Brand Rishi had failed to seize the opportunity to protect the most vulnerable.

The universal credit taper was just a sop. The poorest people would still be worse off, taxed at a higher rate than Bertie Booster himself. And the bankers would still be doing quite nicely with a few tax breaks. And the green agenda was dead in the water with the reduction in air passenger duty: not the best look when you’re about to host Cop26.

The longer she went on, the more she was barracked by the Tories. A sure sign they were rattled. The Labour benches cheered enthusiastically. The rift between the prime minister and his chancellor had been exposed.

And neither appeared to have any answers. 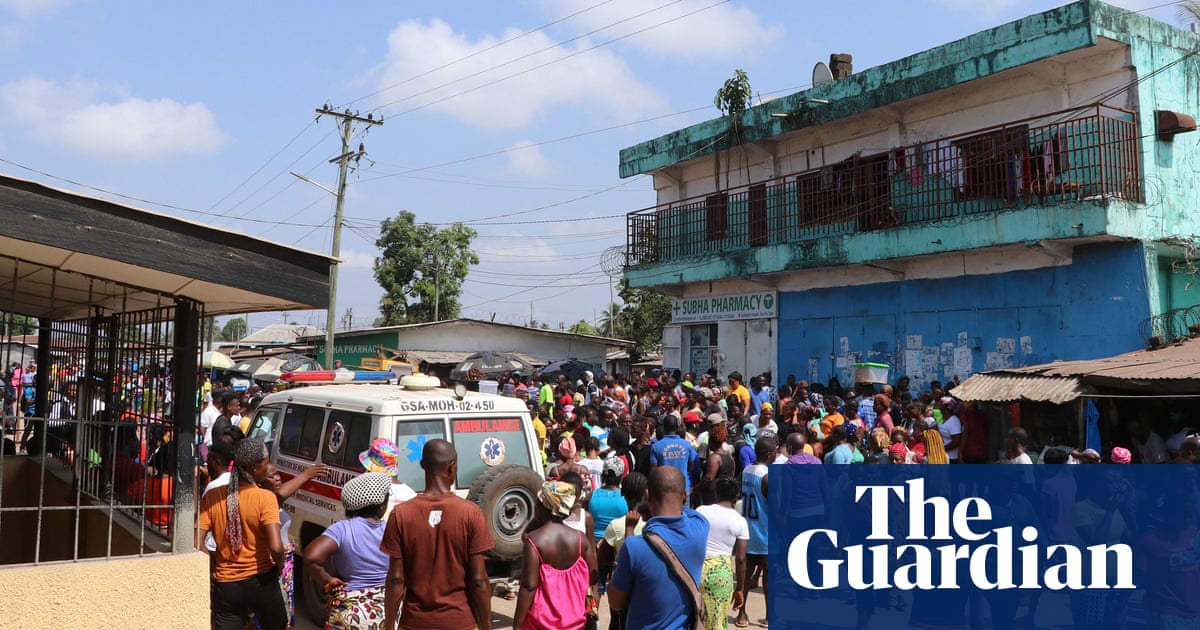 At least 29 people in Liberia, including 11 children and a pregnant woman, have died in a crowd crush of worshippers at a Christian ceremony in a densely populated area of the capital, Monrovia, officials say. The cru...