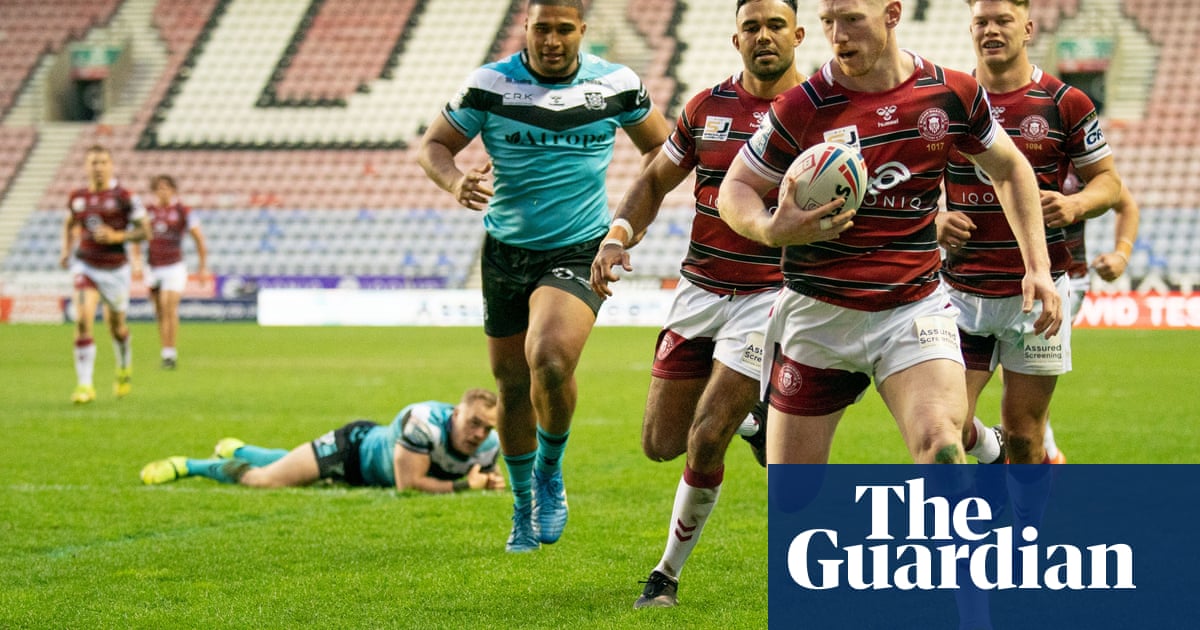 The Wigan coach, Adrian Lam, has promised the club will address any allegations of racism “head on” after one of his players was placed on report following a complaint by Hull FC’s Andre Savelio.

Just hours after rugby league had announced it was joining several other sports in a social media boycott this weekend to tackle discrimination, the Warriors could be subject to an investigation after Savelio was heard making a complaint to the referee, James Child, about an alleged racist remark from the Wigan forward, Tony Clubb. The incident was placed on report and the Rugby Football League’s match review panel will scrutinise footage on Monday before deciding whether to bring any charges against Clubb.

Lam has insisted that if there is an investigation the Warriors will take the matter seriously. Speaking after Wigan’s 16-14 win which preserved their unbeaten start to the Super League estación, él dijo: “I have no comment until we get to the bottom of the allegation. Como un club, we’ll follow the correct protocols. We will make sure that if it’s brought up, we will take it head on. It’s hard to comment at the moment, aunque, because we don’t know what’s been said.”

Clubb did not return to the field for the second half after earlier being substituted, but Lam insisted it was not because of the allegation. Away from that incident, his side made it six consecutive wins in all competitions after edging a hard-fought contest to end Hull’s own unbeaten start under Brett Hodgson.

“I’ve heard the same things you have, and if it is the case it’s pretty disappointing,” Hodgson said of the incident involving Savelio six minutes before half-time. “He’s not good, he’s pretty upset. But we need to work out what happened.”

The Warriors led 10-8 at half-time after tries from Jackson Hastings and Liam Farrell, with Hull’s response coming through a fine finish from Adam Swift. The visitors moved ahead after the restart when Mahe Fonua claimed a Marc Sneyd kick to touch down, shortly after Jake Connor returned to the field following an earlier sin-bin.

Wigan levelled the scores at 14-14 going into the final quarter when Jake Bibby dived over in the corner, before a penalty from Hardaker ensured the Warriors preserved their winning start to 2021.