Why is the Science Museum still being contaminated by Shell’s dirty money? 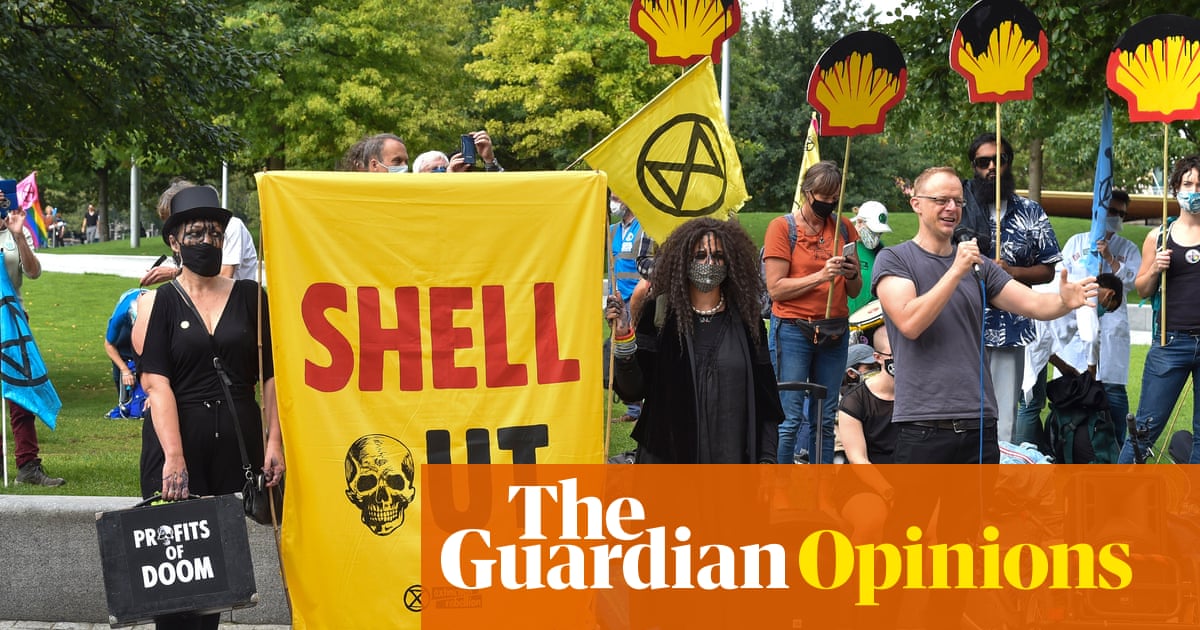 티aking money from fossil fuel companies today is like taking money from tobacco firms in the 1990s. The damage public institutions inflict on themselves by receiving this sponsorship exceeds any benefits. Just as their hands were once stained with nicotine, now they are stained with oil. The tobacco experience suggests that it can take many years to expunge these damn’d spots and restore their reputations.

This is the position in which the Science Museum now finds itself. It appears to have learned nothing from the reputational harm it caused itself by accepting money from the oil companies BP and Equinor. Last week it revealed that Shell was funding – wait for it – its new exhibition on climate breakdown.

Although many other great institutions – such as the National Galleries in London and Scotland, the Tate Galleries, the National Theatre, the Royal Shakespeare Company, the Southbank Centre, the American Museum of Natural History and the Van Gogh Museum in Amsterdam – have cut their ties with fossil fuel industries, the Science Museum seems determined to tar and feather itself. Its director, Sir Ian Blatchford, told journalists: “Even if the Science Museum were lavishly publicly funded I would still want to have sponsorship from the oil companies.” Something tells me this will not age well.

The exhibition, called Our Future Planet, emphasises the technologies that might capture the carbon dioxide from burning fossil fuels, or extract it from the air once it has been released. The Science Museum tells me that Shell had no influence over its design or content. I believe it, but to my eye the exhibition aligns neatly with oil company agendas. 수년간, oil firms have sought to delay the retirement of their reserves for as long as possible by emphasising technofixes. If carbon dioxide can be captured, this could buy time in which their discovery and drilling, landgrabs and leaks, pollution and profits can continue for longer than society might otherwise permit.

As Culture Unstained (which seeks to bring oil sponsorship to an end) points out, most of the technologies the exhibition promotes are either speculative, extremely expensive or, despite ample opportunity, simply not happening. For example, carbon capture and storage (CCS) – extracting carbon from the exhaust gases of power stations, then piping it into geological formations – has been noisily promoted as a leading solution for 20 연령. But so far only 26 plants of any kind are using it, 과 22 of these are rigs using the CO2 they pump underground to drive more oil out of the rocks (a process called enhanced oil recovery).

그만큼 commitments to CCS in Shell’s latest annual report are vague and generic. Yet many of its promises to cut net emissions rely on a combination of this technology and offsets. While capture technologies are generally failing to materialise, the scale of the necessary carbon cuts means that offsetting emissions is no longer viable. We need both to maximise the retirement of fossil fuels and maximise the drawing down of carbon, preferably through the rewilding of ecosystems. One is not a substitute for the other.

예, we should explore any technologies that might help to prevent climate breakdown. But we should not allow them to be used as greenwash. Unless fossil fuel companies retire their reserves at a rate commensurate with preventing more than 1.5C of heating, they remain a lethal threat to human wellbeing and the survival of other lifeforms. So far, none of them, even on paper, have plans compatible with preventing more than 2C of heating, let alone 1.5C. Shell’s programme was criticised by environmental groups last week as being hazy and halfhearted.

그만큼 company argues, correctly, that its targets are conditional on being “in step with society”. Otherwise it “will be trying to sell products that our customers do not want”. But by producing ads that exaggerate its commitment to reducing emissions, it seeks to assuage public opinion and, I believe, delay the demand for a transition from fossil fuels. In my view, the exhibition at the Science Museum has the same effect.

Worse still, while Shell has cut its ties with some lobby groups, it is still a member of several, ~와 같은 Consumer Energy Alliance 그리고 Australian Petroleum Production & Exploration Association, which have sought to stymie climate policies. It hopes that much of its future profit will come from the rising production of plastics. 작년, 그만큼 American Chemistry Council, to which Shell also belongs, lobbied for trade rules that would rip down Kenya’s strict measures on single-use plastic, and force the country to keep accepting plastic waste from other nations. It wanted to turn Kenya into “a hub for supplying US-made chemicals and plastics to other markets in Africa”.

When I challenged the museum, it pointed me to an article by Blatchford, in which he argued, “we believe the right approach is to engage, debate and challenge companies … to do more to make the global economy less carbon intensive.” So do I. But how does accepting their funding help? It doesn’t exactly enhance your power, does it? “Do what we say or we won’t take your money any more.”

이, I believe, is a zero-sum game. The credibility that Shell might gain from its association with the Science Museum is credibility the Science Museum loses. 뭐 Shell seeks, as its CEO admits, is “a strong societal licence to operate”. By sponsoring august cultural institutions, oil companies hope to normalise an ecocidal business model. In doing so, they contaminate anyone foolish enough to take their money.

A Hampshire cyclist who was driven over by a partially sighted motorist has described her struggle to get the driver’s insurer, Aviva, to pay out. It is more than a year since Joanna Davies was dragged along the road ...