With Boris Johnson reeling, la House of Commons was a stormy place at prime minister’s questions last Wednesday. The impact on the prime minister’s fate was minutely scrutinised. Como resultado, a separate exchange during that session has had less attention than it deserves.

In one of his questions, Keir Starmer began talking about the contrast, widely highlighted in the media beforehand, between the Queen sitting alone, obeying Covid rules at her husband’s funeral, y staff at No 10 ignoring the rules while partying with colleagues the previous evening.

You might think this was a reasonable point for a parliamentarian to make. But no. For at this point the Commons Speaker Lindsay Hoyle intervened and told MPs: “We normally would not, and quite rightly, mention the royal family. We do not get into discussions on the royal family.” Reprimanded, Starmer moved on to his next question.

Why did the Speaker do this? Why do “we” – the House of Commons – normally not mention the royal family? And why is this restraint, in the Speaker’s view, apparently “quite right”? Aquí, seguramente, is a conversation this country should have. The convention is dubious, absurd and not a little hypocritical. It is ripe for reform.

We should be clear. What the Speaker told Starmer last week was not some idiosyncratic assertion. His intervention was institutional, not personal. He was restating established practice as set out in the Commons procedural bible, Erskine May. Hoyle was also saying exactly what three former Westminster clerks had told me a few days earlier that he would say if an MP ever tried to ask a question about either the monarch or the royal family – or specifically challenged the behaviour and official standing of Prince Andrew, el duque de york.

Erskine May is an accumulation of procedural evolution and convention – not a law book. It states that to use the Queen’s name to influence a decision is “unconstitutional in principle and inconsistent with the independence of parliament”. The rule extends to mention of other members of the royal family too. If a royal has expressed an opinion – as Prince Charles has often done – then comment “in appropriate terms” is permitted, but as the Speaker showed last week, the boundaries are carefully policed.

The ostensible justification for what the Speaker said was that questions to ministers can deal only with matters of ministerial responsibility. Since no minister answers to parliament for the royal family, the subject is off-limits. And yet it wasn’t always like this. En 1809 – before Erskine May was codified – the Commons held an inquiry into the conduct of another Duke of York, who resigned as commander in chief of the army as a result.

Nor does it mean, Introducción del autor 2021, that no minister has responsibility for the royal family. Because they do. En realidad, the prime minister has that role as the Queen’s chief adviser (arguably the chancellor of the exchequer and the chancellor of the duchy of Lancaster have responsibilities too). The prime minister advises the Queen on all sorts of subjects, including the royal family itself, and ultimately he or she will advise her on her own conduct.

Examples in fairly recent times stretch from what is still the most dramatic of them all, the abdication of Edward VIII in 1936, through Princess Margaret’s relationship with Peter Townsend in the 1950s, the royal divorces in the late 20th century, the death of Diana, princesa de Gales, and whether Prince Charles should marry Camilla Parker Bowles. Prime ministers have been involved in advising on all of these cases. In one or two cases, they have even given brief statements to the Commons about them.

Indeed it is a reasonable bet that Johnson will have advised the Queen on both the withdrawal from public life of the Duke and Duchess of Sussex in 2020 and the handling of Prince Andrew’s position in the Virginia Giuffre case in recent weeks. It is strange but true that the partying prime minister is likely to have given his advice, or had his advice sought by the Palace, on whether the partying prince should be stripped of his honours.

Yet why not? Andrew’s conduct raises the danger of reputational damage to the royal family and to the constitutional monarchy, and thus to Britain’s standing. A prime minister ought to be concerned about that. Entonces, by the same yardstick, ought MPs. They should therefore be able to ask the prime minister about his role and advice, and to express their own views. These are, después de todo, matters of public interest as well as matters of interest to the public.

All of this raises a much larger question for British democracy. Since we are a constitutional monarchy – and proud of it, in the majority of cases – how can it be that our parliament is gagged – and is gagging itself – from talking about how that constitutional monarchy is actually working? The effect is self-important self-censorship.

A lot of this is about deference to the 95-year-old Queen, who is hugely respected. Yet once the Queen dies the same deference may not be seamlessly carried forward. It may even disappear. The idea that in the “new” monarchy, after the Queen’s death, the public will continue to feel constrained from talking about the royal family in the same way is likely to be false.

We should all – parliament included – prepare to have these conversations more openly. We are adults, entitled to discuss the kind of constitutional monarchy under which we live, entitled to discuss what it stands for (not least in terms of the established religion), and who is and is not part of it. This happens in other monarchies, but not ours. It ought to start here too, y ahora, because decisions about the slimmed-down firm that is reportedly planned by Princes Charles and William will in many cases have been taken already.

Even if Charles was to announce such changes on his accession, the Speaker would probably still be advising that MPs could not express their views. This is plain silly. The Speaker is wrong. It is time for parliament to stand up for itself. It is time for the party leaders and senior backbenchers – people such as Peter Bottomley, Harriet Harman, David Davis and Joanna Cherry – to get together and find a way to let the sunshine in. 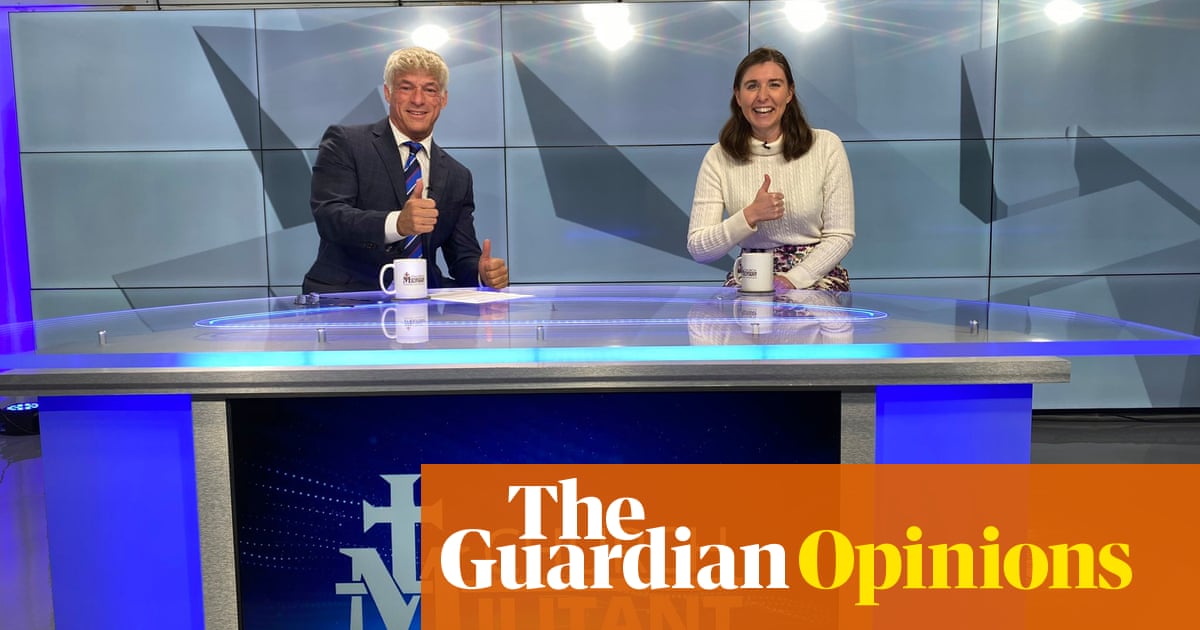 Six years ago, cuando ella era 24, Sarah received an unexpected letter from the Home Office telling her she faced arrest and removal from the UK within seven days. She was so terrified that she climbed out of the back wi...