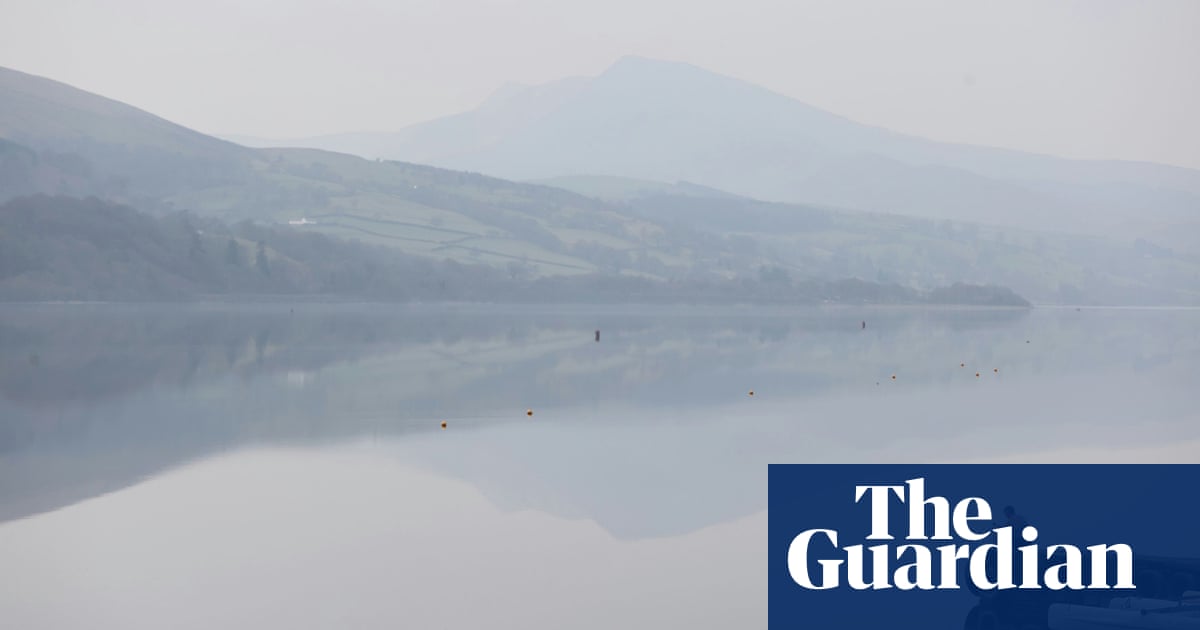 According to the UK’s Met Office: “The extremely mild spell is driven by a flow of warm, moist air pushing across the UK from the Canary Islands and further south in the Atlantic.” This has resulted in the “unusual situation of one weather system breaking weather records for two days in separate calendar years”.

Low pressure in the Atlantic below Iceland meant conditions were perfect for a stream of subtropical air known as the Azores plume to drift up to the UK. Michael Dukes, the director of forecasting at MetDesk, said: “This subtropical air came in on south to south-westerly winds across the UK. As the air mass came from so far south, temperatures were well above normal for the time of year with date records broken on New Year’s Eve and New Year’s Day.”

According to the Met Office, Bala, north Wales, reached 16.5C on 31 December 2021, a New Year’s Eve record for the UK and Wales. (Although not the warmest ever recorded in December – that was in 2019, when the Azores plume also reached the UK and brought temperatures as high as 18.7C.)

New Year’s Eve temperature records were set across all the other UK nations. Keswick in England hit 15.9C, Kinlochewe in Scotland reached 16.1C and it was 15.0C in Magilligan, Northern Ireland.

A daily minimum temperature of 13.2C recorded at Chivenor, Devon, is provisionally a new UK and England record for January, surpassing the previous UK record of 13.1C, set at Magilligan, in 2016 and the previous English record of 13.0C, set at London in 2008.

There is also a new Welsh January daily minimum temperature record, 12.8C, which was recorded in Trawsgoed in Ceredigion. This beats the previous record of 12.5C, set at Gogerddan, also in Ceredigion, in 2016.

On Sunday, rain moved in from the west across the whole country. By Monday morning, yellow weather warnings were being issued for snow and ice over parts of Scotland, with a band of cold and rain moving south over the rest of the UK, pushing back the warmth and bringing Arctic air with it.

The Azores plume has drifted up to the UK before, most notably in 2019, as mentioned above. There are always areas of low and high pressure in the Atlantic, and when the conditions are right, subtropical air will be drawn up to the north.

It is hard to link a single weather event to climate change, although the science in this field is improving rapidly. However, said Dukes, as the planet slowly warms it means “we are just a touch warmer than we used to be in similar weather set-ups. So if this weather pattern had occurred in the 1980s, say, temperatures would still have been way above normal, but probably half a degree lower than they were on this occasion.”

Nasa scientists have established that in 2020 the planet’s yearly global averaged temperature had increased by 1.02C from the baseline between 1951 and 1980. In the next week or so, Nasa, Noaa and the UK’s Met office will publish their assessments of how hot 2021 was, but we already know that back in the summer Death Valley hit the world’s highest recorded temperature of 54.4C for the second year in a row.

In the last couple of days, there have been extreme contrasts in the US: while Texas hit the highest January temperature in US history, an icy cold front coming down the west coast meant that there was an extraordinary 58C difference with northern Montana.

This trend will only continue, say scientists. The Intergovernmental Panel on Climate Change predicts that if carbon emissions continue to grow and no action is taken, global temperatures could rise by between 2.6C and 4.8C by the end of the century, with more rain, more drought, and more record-breaking hot weather events.

The food crisis is what happens when global chains collapse. We might need to get used to it

All my life, the widely shared assumption has been that there will always be food to buy – albeit at a price. No more. Suddenly, Russia’s successful blockade of Ukraine, choking off its crucially important exports of ...