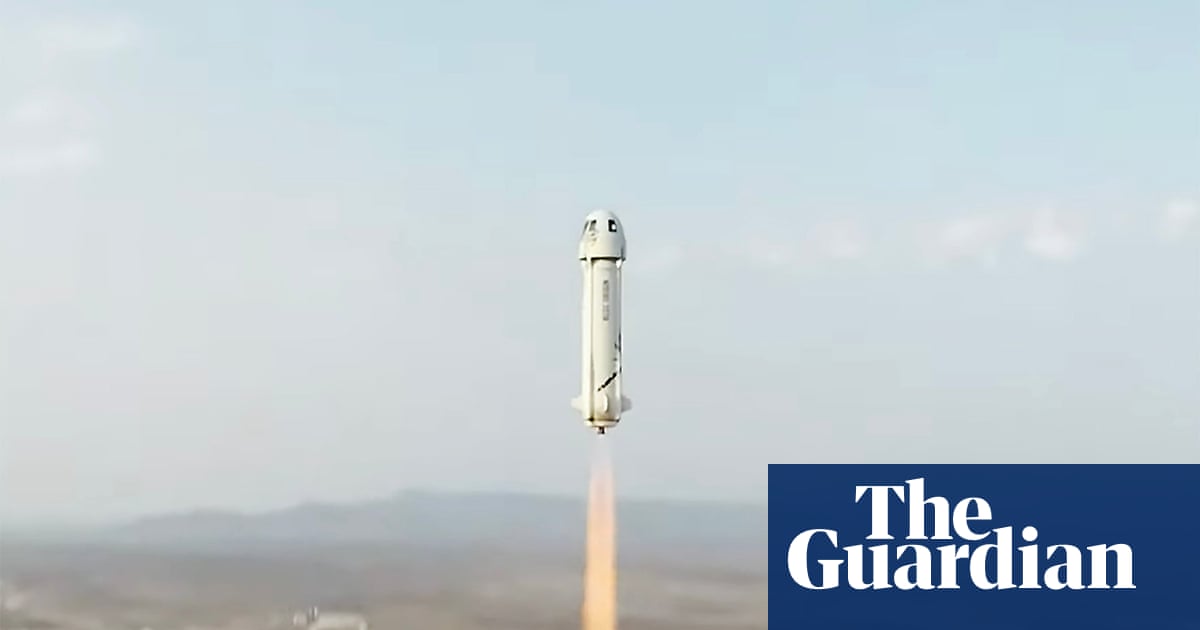 Jeff Bezos’s 11-minute trip aboard a Blue Origin rocket to the edge of space on Tuesday left the world’s richest man feeling “unbelievably good” and his crew “very happy”. But afterwards, as he wondered aloud how fast he could refuel, the rest of the world was left pondering just why the New Shepard rocket had such a distinctive shape.

As social media erupted with innuendo, we contacted a few experts to find out why it looked, in the words of one astrophysicist, so “anthropomorphic”. At one major research institution, the press officer referred us to the gender studies department, but Jonathan McDowell, an astronomer at the Harvard-Smithsonian Center for Astrophysics, was able to shed some light on the topic.

New Shepard consists of a mushroom-like crew capsule that flares out over a long shaft, called a booster. The rounded top appears more bulbous than that of many other rockets, but it’s not unique. “There’s a long history of what we call hammerhead rockets,” on which the capsule’s diameter is wider than the booster, said McDowell. “If you’re careful, it actually has perfectly fine aerodynamics.”

Just like the tips of passenger and military jets, capsules come in all different shapes, New Shepard’s interior is designed to “maximize the interior volume” to hold six passengers, said Laura Forczyk, the owner of Astralytical, a space analytics company. It also needs a “big, flat bottom” for stable re-entry, McDowell said.

“They went through a lot of iterations coming up with the perfect shape to give them the most volume, the best windows, 과 [a design that] wouldn’t kill anyone onboard,” said the astrophysicist Scott Manley in a private video shared with the Guardian. “And this is the shape they came up with, this dome shape.”

As for the booster, engineers work to minimize its mass, making it as small as possible. “It is easier to balance a long and skinny cylinder than it is to balance a thicker, fatter cylinder,” Forczyk said.

These competing concerns can lead to a capsule that is a bit wider than might originally have been envisioned. “It comes down to optimizing two different things and not being able to make them quite match,” McDowell said. He pointed to other examples of rockets with slightly flared tops, including the Atlas V Starliner, expected to launch next week.

Adding to those “anthropomorphic” qualities is a ridge near the top that is “very, very obvious”, Manley said. That’s there to accommodate a “ring-shaped fin” that is fundamental to the re-entry process, counteracting the effects of the fin at the bottom as the booster travels in reverse.

All this adds up to some particularly memorable optics. Was there any subtle aesthetic messaging involved? “I don’t know if I would have made the design this way, but I’m sure it was driven entirely by physics” as well as cost savings, said Forczyk.

아직도, “they can’t not have noticed,” McDowell said. “You’ve got to imagine there was a meeting where someone went, ‘Do you really want to fly looking like this?’ But I’m guessing an engineer got up and said, ‘This is what the math says. This is the optimum configuration. So this is what we’re gonna fly.’”