While the Tories don’t rate Starmer yet, many don’t fancy their own boss either 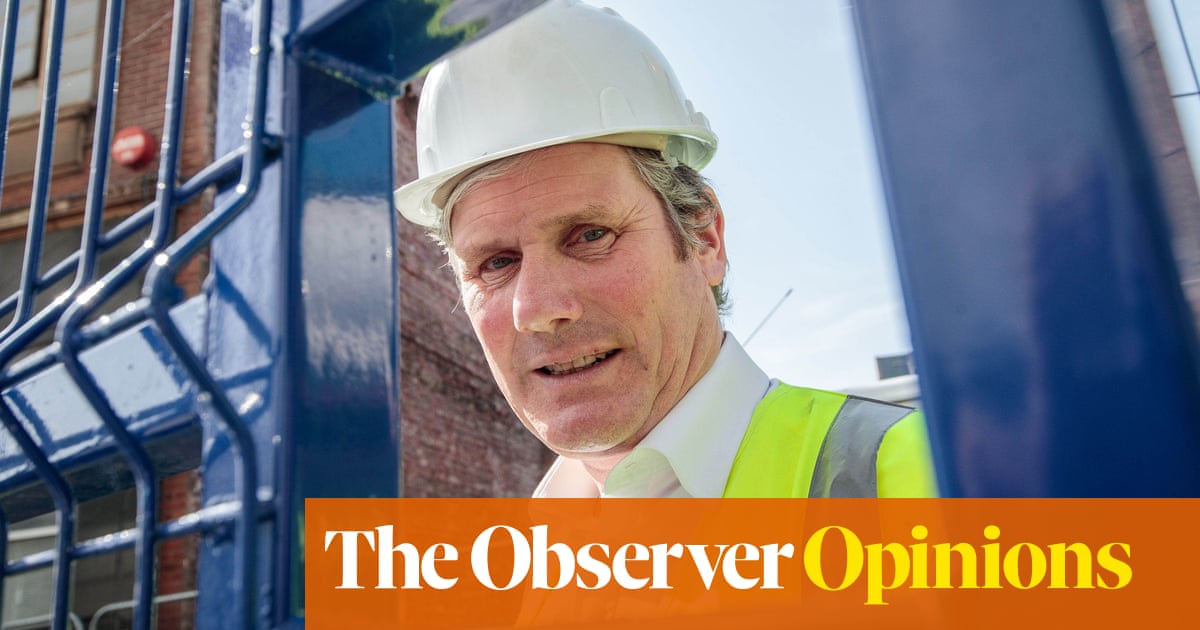 Keir Starmer has spent most of his first year as Labour leader giving speeches to empty rooms. He has had to gauge whether his leadership is transforming the party or falling flat using different methods than usual: there is no crowd offering him standing ovations, barely any action on the doorstep with real voters and not even the regular party meetings where MPs get to sound off about, or show their approval of, their leaders.

An argument has been gaining currency in the party that Starmer’s pitch is as empty as the rooms where he records his video messages and sometimes takes PMQs. It’s a view shared by many Conservative MPs, who very rarely raise the threat posed by the Labour party when they shoot the breeze about the state of the political scene. This is largely because they do not perceive that there is a threat and feel it is unlikely things will change, even when Starmer is able to break out of his empty rooms.

“He’s obviously twice as intelligent as Jeremy Corbyn – though of course that’s a low bar,” says one senior Conservative. “But I see Keir as maybe not even a Kinnock figure who sorts the party out but doesn’t make it to electoral victory himself, but more of a pre-Kinnock figure who does some of the groundwork.” Another Tory backbencher, who is by no means a fan of Boris Johnson, says the Labour party is “nowhere: we’re the ones providing all the opposition to the government”.

Starmer spent the first few months of the pandemic presenting himself as the competent alternative to the government’s shambolic response to coronavirus. This seemed an entirely reasonable strategy, given the number of mistakes and avoidable rows that ministers and senior advisers kept inflicting on themselves.

But things have changed. Now, the British government is seen as the envy of the world with its ability to roll out a successful vaccination programme and Johnson is able to accuse Starmer of dithering: “We vaccinate, he vacillates!” he cried at prime minister’s questions recently. Starmer’s identity as a competent leader seems less relevant now. And his forays into talking about British identity, making use of the union jack as a sign that he is proud of Britain, have felt strategic rather than sincere. Not making mistakes while sitting in front of a flag is hardly a pitch to set the world on fire, let alone give Labour a clear sense of identity.

This past year has left both main parties with an identity crisis, though. I have never come across so many Tories who say they don’t feel at home in their party at present, even if they don’t plan to do much about that. For the Conservatives, this discomfort is partly because they have had to do so much big state stuff that they aren’t sure what the dividing lines are with Labour any more. Even with the gradual lifting of the Covid restrictions that have caused so many liberal Tory types so much ideological angst, there is little relief: vaccine passports are now heaving into view and reigniting decades-old battles over government identity cards.

But there is another reason for this lack of self-esteem and, as with Labour, it’s about the leader. Even though Boris Johnson is in his strongest position since the pandemic started, thanks again to that vaccination programme, he is not a typical Conservative and never has been. He has always been better than most of his colleagues at articulating why Conservatism makes sense: his columns as a journalist explaining competition, for instance, put ministers trying to implement policies enabling this to shame. But he is not an ideologue. Part of his success as mayor of London was down to his ability to take on traditional Labour policies, such as hikes in the minimum wage, housebuilding and so on. Most Conservatives like his ability to win big, but the means of doing so sometimes leave them feeling confused about whether, at heart, they really agree with their leader.

They haven’t had much of a chance to get reassurance on this in the past year. As with Labour, Tory party meetings have taken place in the ether, with everyone joining Zoom calls from their own empty rooms. This has left even longstanding MPs saying they feel “disenfranchised” and that it is impossible to get ministers to take perfectly reasonable amendments to legislation seriously, merely because they don’t have the opportunity to buttonhole them in the voting lobbies. For the new intake, the problem is all the greater as they had just a few weeks after being elected to find their way from their office to the Commons chamber before they were sent home. Many of them don’t feel they’ve made friends, let alone forged proper links within the party.

This is why the various caucuses within the party have become so influential and vocal. There are pressure groups on Covid, China, policies for the north, policies for women, one-nation Conservatism and many more. They obviously push their party in certain directions, but they also perform an important social role, functioning as the community that many MPs miss.

One chair of a large party caucus notes: “A lot of people are turning up to our meetings each week just to hear someone else talking about politics.” Recently elected MPs say their membership of certain groups has replaced the interactions they’d expect to get in the tearooms. They have also realised that the sort of broadcast campaigning that the Northern Research Group has done is the only way to deal with the disenfranchisement that they feel: the usual channels for getting ministers to agree to extra pots of money for key seats have been severely damaged by the pandemic.

The Northern Research Group doesn’t just ask Johnson for money: it also tells him he needs to speak to the longing for a sense of identity that many red wall voters have. And perhaps that was one of the ingredients in last week’s row about the report published by the Commission on Race and Ethnic Disparities. One northern MP observes: “This was one of those issues that has been heightened by the red wall/blue wall situation that we have. This sort of thing is very popular, which is why ministers are always giving interviews in front of flags and threatening 10-year prison sentences for insulting statues.”

Some Conservatives think the way the report was briefed, with a short summary released under strict embargo to reporters well before its detail was published, was inept. But most argue that this was a deliberate strategy from No 10 to ensure there was a drawn-out row about its conclusions. The bigger and longer the row, the more the voters who would agree with the conclusion that Britain is no longer institutionally racist will notice.

This wasn’t the main aim behind the CRED report, though. It came from a belief, strongly held by figures such as the No 10 policy chief, Munira Mirza, and minister Kemi Badenoch, that the only way to make genuine progress on racial equality is to go on a clear offensive against the shibboleths of the left. They are happy to have this period of fighting – characterised as the “war on woke” – in the hope it will enable the government to really move on, rather than endlessly getting stuck in the weeds on ground held by the left.

They have been particularly good at imitating the left’s habit of getting their people into key jobs. William Shawcross’s new role as reviewer of Prevent ruffled feathers recently, but a little-noted appointment last week was Robin Simcox as the replacement for Sara Khan in the countering extremism brief. Simcox hailed from the Reaganite conservative Heritage Foundation and will probably offer something the current Downing Street tribe are more comfortable with.

Others in government favour a gentler approach to these sensitive issues. It’s not clear what Johnson himself thinks, but this is one of the ingredients in the Tory identity crisis: it’s rarely clear what he really believes. He prefers to play off rival ideological camps against one another in a “survival of the fittest” approach to policymaking. This does have the virtue of ensuring that his aides are always sharpening their arguments in order to win his backing. But it also means that internally government feels dysfunctional and outwardly can sound confused if rival camps start leaking against each other, which they often do. If those in the centre aren’t clear what the government is going to do next, what hope does the average Tory MP have?

Politicians will start to filter back to Westminster in greater numbers after this Easter recess and as the empty corridors and meeting rooms fill up, both party leaders will have a chance to remind their flocks of what they stand for. It’s been a long year of starting fights in empty rooms. Soon, Starmer and Johnson will face the roar of the political crowd again.