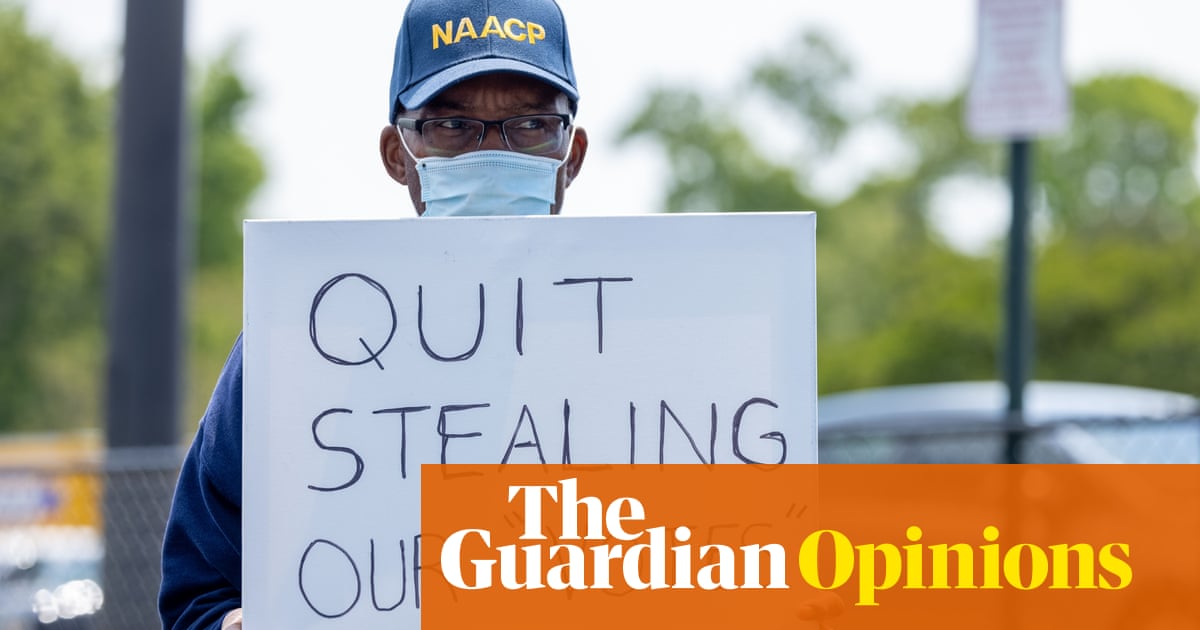 Voting rights are under assault by Republican state lawmakers, clearly afraid of the power of the Black electorate and empowered by the gutting of the landmark 1965 Voting Rights Act. The federal response, or lack thereof, will affect not only Black voters but the power of all Americans to shape our government with our votes. Endemic racism obscures the obvious: an attack on Black voters is an attack on the foundation of our democracy.

With two voting rights bills held hostage in the US Senate by threat of a Republican filibuster, Democrats are not fighting back with the same vigor that Republicans have used to trample on the rights of voters. A failure of US Senate Democrats to move on the passage of voting rights will ultimately be a self-fulfilling prophecy. If they fail to secure rights for the voters who put them into office, their base for the midterm elections will shrink and open a path for a Republican takeover in 2022.

Egter, Senator Raphael Warnock, a Democrat from Georgia, recently pointed out in a speech on the Senate floor that when the will is there, Congress changes its rules to allow legislation to pass. He noted that the Senate recently enabled a vote on raising the national debt ceiling to prevent a default on government financial obligations and uphold the full faith and credit of the US government.

Warnock shone a light on the hypocrisy of changing Senate procedure for financial legislation but not to combat the suppression of Black voters. “We’ve decided we must do it for the economy, but not for the democracy," hy het gesê, pointing out that Democrats are hiding behind technicalities to avoid an ugly confrontation. But racism cloaked in the relic of the filibuster cannot prevail over our hard-won right to shape our democracy.

Since Black voters showed up in record numbers in the 2020 verkiesing, trying to save a democracy that has not always protected us, die political backlash from Republican state houses has echoed throughout 2021. The result is that Black voters have less protection today than we had at this time last year.

Yet Joe Biden and a Democratic Congress have not used the power that Black voters secured for them to protect our rights. They have expended their political capital on the infrastructure and Build Back Better bills, when the basis of democracy should be their most urgent priority.

The failure of the Freedom to Vote Act and the John Lewis Voting Rights Act to pass in a Democratic Congress shows the lengths to which Republicans will go to keep Black voters away from the polls. Yet even without federal voting protection, in die 2021 “off-year” elections, Black people came out in strong numbers to prevail in local elections throughout the south. Black Voters Matter (BVM) has been in the streets, on the phones and connecting with our partners to mobilize for elections, showing that there is no off-year when it comes to voting.

In the recent November races for city council, mayor and the statehouse of representatives throughout Georgia, where new state laws have taken direct aim at the Black electorate, we mobilized Black voters to make our voices heard. With on-the-ground canvassing and voter outreach caravans, we turned out Black voters in Warner Robins, Georgia, for a crucial city council race. Our texting and phone banking campaigns in Hinds County, Mississippi, helped to secure a major victory in a local judge’s race. And this summer, on our Freedom Ride for Voting Rights, we started mobilizing Black voters from New Orleans to Washington DC months before important local elections took shape.

And our movement is still gaining momentum. Verlede week, as the president convened leaders from around the world for his Global Democracy Summit, BVM partnered with local and national advocacy organizations on coordinated voting rights actions across the country to point out the administration’s hypocrisy.

Holding a global summit on democracy is a slap in the face to the millions of citizens in Biden’s own backyard who still face significant obstacles to the polls. In reaksie, we held nearly a dozen events nationwide, including a student hunger strike led by Un-Pac Arizona, calling on Biden and the Senate to pass voting rights legislation before Congress goes into holiday recess. Actions also took place in California, Delaware, Georgia, Maine, New Hampshire, New York, Virginia and Washington DC.

Basic civil rights do not take a holiday, so neither should those entrusted to safeguard those rights. We will continue to push and build a movement to demand #RightsBeforeRecess.

Voting rights is not just about election day; it’s a 365-day mission. We have responded to attempts to block us from the ballot with more community organizing, more education, more outreach and even more energy. And it’s now time for congressional Democrats to respond by clearing the way to pass laws that protect not only Black voters but the rights and freedoms of all of us.