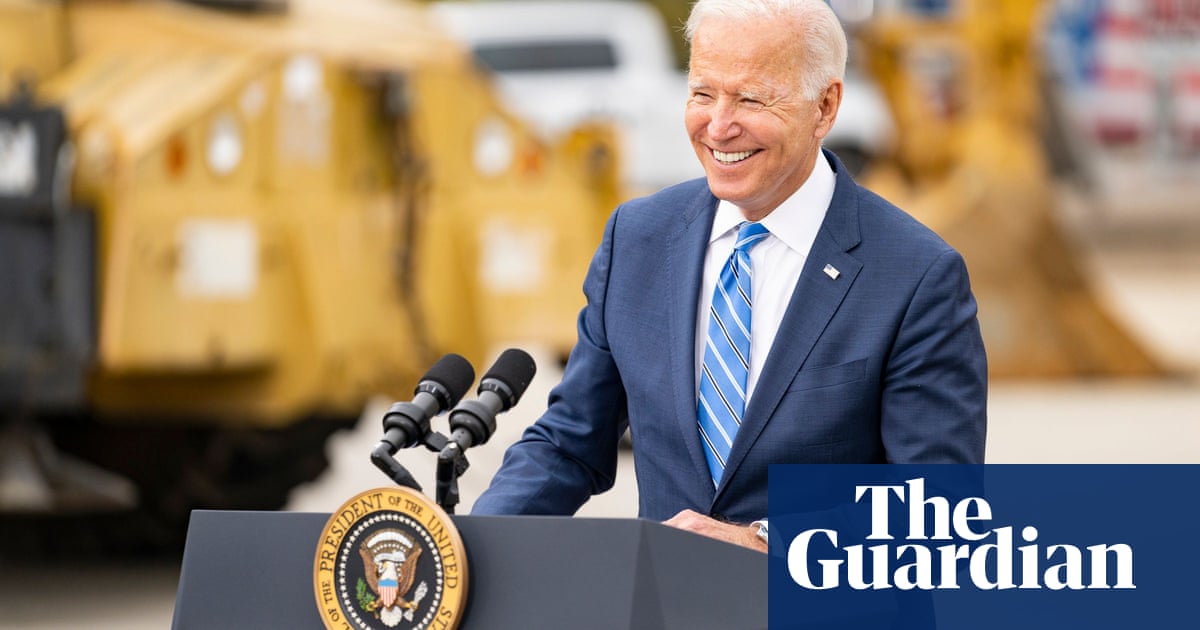 In much of the press coverage of the fight over Joe Biden’s Build Back Better bill, politicos, pundits and media talking heads often focus on its $3.5tn price tag. But all the attention to the top-line figure ignores the huge implications of what is actually in the legislation – and how it could transform millions of Americans’ lives.

That seems to be doing the public a great disservice. A CBS poll found that only 10% of Americans knew “a lot of the specifics” about the Build Back Better plan (also known as the budget reconciliation bill), y 29% did not know what was in it at all.

But as negotiations over the bill drag on, Democrats are undertaking one of the most ambitious and transformative domestic policy agendas since the Great Society of the 1960s or the New Deal of the 1930s.

The Build Back Better budget reconciliation bill, is one of two huge pieces of legislation that form the centerpiece of Biden’s domestic agenda. While the other bill is focused on infrastructure, Build Back Better focuses on a long list of social policies and programs ranging from education to healthcare to housing to climate. With Republicans unified in opposition, Democrats are using a special budgetary process known as “reconciliation” to avoid the 60-vote filibuster threshold and pass the bill on a party-line vote.

Biden’s 2020 presidential platform included a guarantee of preschool for all US children aged three and four. With the legislation, Biden hopes to make that plan a reality. Families can either choose to send their young children to a publicly funded preschool program or to any number of the privately run preschool programs already available. But those who do not choose to enroll in a public preschool would still have to pay the tuition or enrollment fees associated with that private institution.

For the families that choose the public preschool route, the White House estimates it would save them $13,000 a year.

Another life-altering education element of the Build Back Better proposal is two years of free community college, which could bridge a wide gap for those socioeconomically disadvantaged by giving them a path to an associate’s degree or to a four-year college. Several cities across the US, including Buffalo, Denver, Los Angeles, San Francisco and Seattle have already implemented a version of free community college, but this plan would make it the nationwide standard.

Medicare is the government-run healthcare program for those ages 65 y más. The passage of Build Back Better would expand Medicare services to cover vision, hearing and dental health needs, which it currently does not.

Medicaid is the government-run healthcare program for low-income families and disabled people who may be unable to get private insurance. This bill would remove certain income and health limitations to allow more people to qualify for the first time.

Tax cuts for families with children and childcare support

Build Back Better would increase the crédito tributario por hijos desde $2,000 a $3,000 for children ages six and older. The new tax credit for children under the age of six would be $3,600. The credit comes in the form of monthly checks, so that parents and caregivers do not have to front the cost of childcare. Poverty experts believe it would cut child poverty in half, lifting 5 million children out of poverty. The bill also offers additional childcare support based on state median income.

The US is the only industrialized country to not offer paid family leave, or paid time off after adopting, fostering or giving birth to a new child. While some private companies offer this as a perk to their employees, Build Back Better would ensure all new working parents and caregivers job security and almost three months of at least partial paid time off after these major life events.

It would also guarantee all workers at least three days of bereavement leave in the event of a death in the family.

Build Back Better would invest in the production, preservation and retrofitting of more than a million affordable rental housing units and 500,000 homes for low- and middle-income aspiring homebuyers, as well as increase rental assistance agreements.

Tax cuts for electric vehicles and other climate incentives

A tax credit of at least $4,000 would be on offer for those buying an electric vehicle. If the car is bought before 2027, there would be an additional tax credit of $3,500. If the car was made in the US, there would be $4,500 added on top of that. En total, a taxpayer in the US could expect a maximum of $12,500 in tax credits for purchasing an electrical vehicle under these conditions – a weighty incentive to switch from a gas-fueled engine to one better for the planet.

Biden’s bill also includes tax credits and grants for businesses and communities working towards clean energy initiatives. The Civilian Climate Corps, a government workforce dedicated to environment protection and conservation reminiscent of Franklin D Roosevelt’s Civilian Conservation Corps, would be relaunched and funded with $10bn behind it.

A Green New Deal, for starters. Progressives and climate advocates had hoped for sweeping climate reforms that did not make it into Biden’s Build Back Better bill – and that omission continues to be a fight between the far-left and centrist Democrats. The Build Back Better plan aims to reduce carbon emissions to net zero by 2050, far short of the Green New Deal’s goal of 2035. To climate activists like Greta Thunberg, it may as well be “Build back better. Blah blah blah.” But if the other budget bill for infrastructure is passed, there may be hope yet for some form of climate reform, thought not nearly as robust as those outlined in the Green New Deal.

While Medicare services could expand if this bill is passed, it still does not guarantee Medicare for todos, meaning the US will still lag many other nations around the world in not offering some form of universal healthcare.

Finalmente, there are no additional increases in social security, the federal assistance for the poor, elderly and disabled.

Build Back Better is being called a “once in a lifetime investment” and it includes new tax plans that will cover its cost. Some of the tax changes include repeals on Trump-era tax cuts for wealthy individuals and corporations, tal como: restoring the estate tax and raising the corporate tax rate from 21% a 26% (before Trump, the rate was 35%). Adicionalmente, capital gains taxes will be raised from 20% a 25%.

Democrats have set their own deadline of 31 October to vote on the bill to get it passed. Por lo general, a bill needs 60 votes to get passed but because this bill is related to the national budget, it can go through the process of reconciliation, which requires only a simple majority of votes to pass.

La factura, which was introduced and passed in the House, is now in the Senate. The bill seems to have the support of all Democratic senators but two: Senators Joe Manchin of West Virginia and Kyrsten Sinema of Arizona.

Without the support of these two legislators, passing this bill will be difficult, if not impossible. If Democrats are able to push the bill through, the items outlined in the plan should fully come to fruition by the year 2030, or within the span of 10 años.

As initially proposed, the bill would cost $3.5tn over 10 años, or $350bn each year for a decade. But the final package will probably be smaller, a concession to centrist holdouts who balked at the initial price tag – and without whom the measure cannot pass.

Manchin previously said he would support a $1.5tn bill, which would be $150bn each year for a decade. But he has not detailed what he wants to cut, or why.

Though Sinema has also not yet explained publicly what provisions and policies she is and isn’t willing to support, she has said that she would not vote for a bill that costs $3.5tn. Ahora, the White House and Democratic leaders are racing to trim the package in order to forge a compromise between the party and their two rogue members before their new 31 October deadline. But emboldened progressives in the party are pushing back – arguing that this version of the bill already estaba the compromise from an even more ambitious original vision. 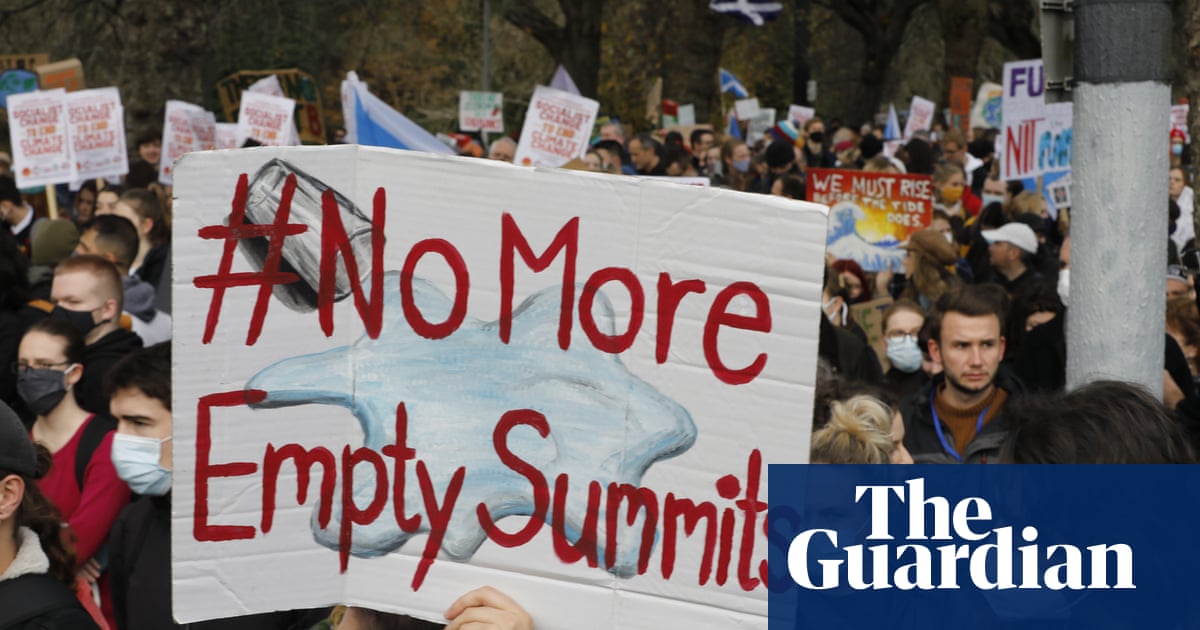 Cop26: what’s still to be resolved in the week ahead 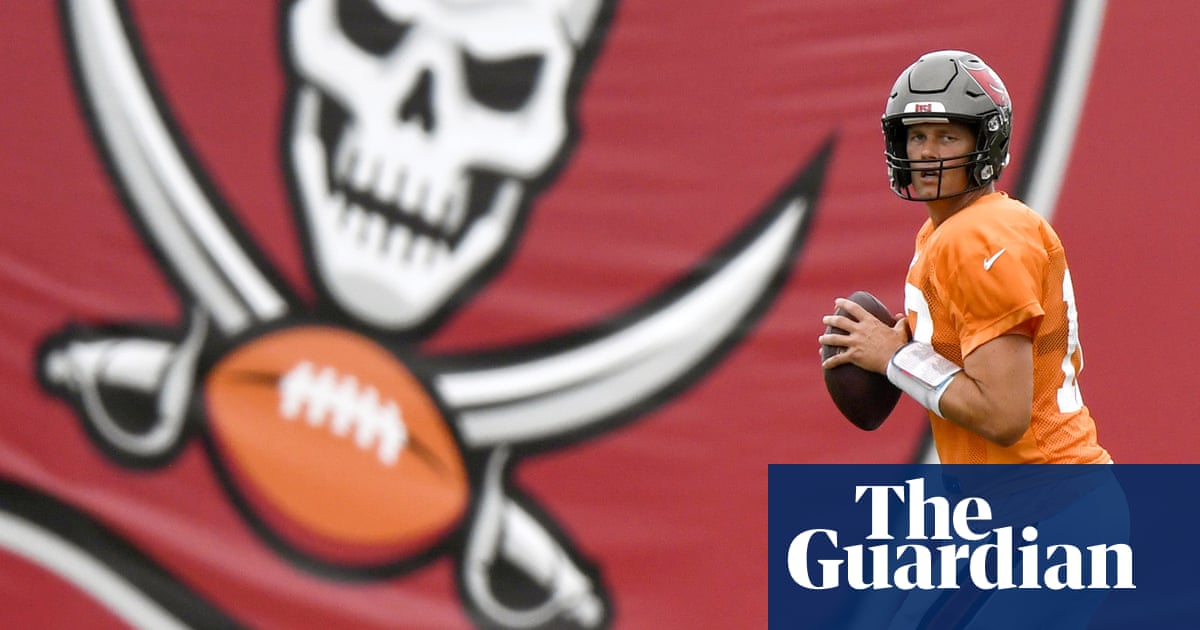 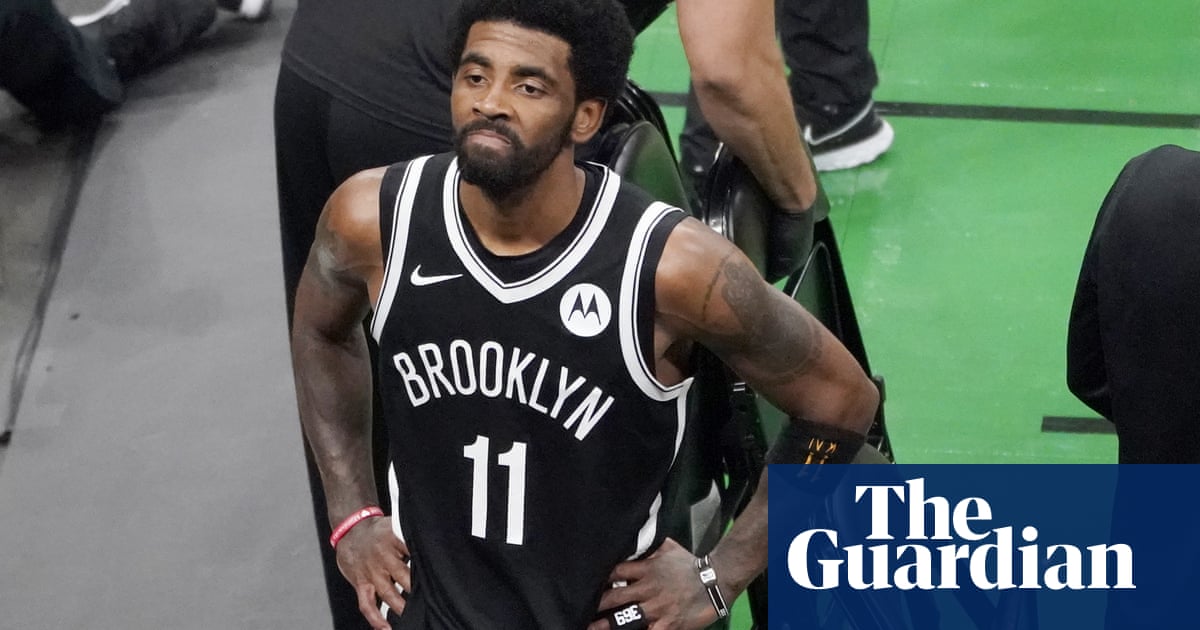