What is the current Israel-Gaza crisis about and where is it heading? 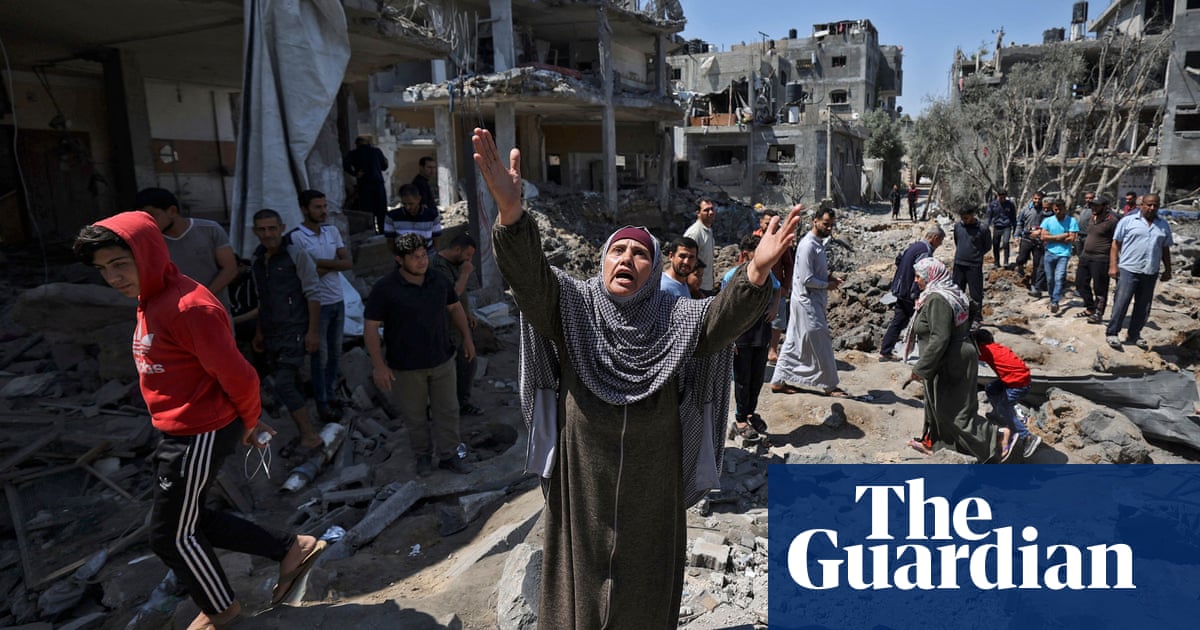 The current crisis between Israelis and Palestinians, like so many before, has complex roots in the foundation of 以色列 在 1948 and after the six-day war in 1967 什么时候 以色列 captured then Arab-controlled parts of Jerusalem, including the Old City and its holy sites.

A key source of tension this time has been Jewish settlement in the east of Jerusalem. While Israel claims all of Jerusalem as its “undivided capital”, this is not recognised by a majority of the international community and is rejected by Palestinians who claim East Jerusalem as the capital of a future Palestinian state.

The issue came to a head in the climax of a decades-long attempt by Jewish groups to use the courts to evict Palestinian residents from Sheikh Jarrah, which lies at the heart of East Jerusalem. The Palestinians, numbering more than 70, come from families who relocated to East Jerusalem after fleeing their homes in west Jerusalem during the foundation of Israel in 1948.

Settler groups say the land where the threatened families have their houses was owned by Jews prior to 1948. Israeli law allows Jews to reclaim such lands but has no similar provision for the many Palestinians dispossessed in the same conflict, even if they still reside in areas controlled by Israel.

An Israeli supreme court ruling due on Monday 10 May was postponed the day before amid mounting protests by supporters of the Sheikh Jarrah families. That same day, a series of combustible events coincided dangerously, as Israeli nationalists marked the anniversary of the capture of Jerusalem in 1967 with their annual and highly provocative “flag march”, and police fired teargas and stun grenades on stone-throwing Palestinians marking Ramadan at the Haram-al Sharif compound, home to al-Aqsa mosque.

Perceived threats to al-Aqsa mosque are a hugely sensitive issue and have triggered outbreaks of deadly violence between Palestinians and Jews for decades, including a massacre of dozens of Jews in Hebron in 1929 and the second intifada.

There is also a background of intra-Palestinian rivalry between the Fatah movement of the ageing Palestinian president, Mahmoud Abbas, who governs the West Bank, 和 Hamas, which rules in the coastal enclave of Gaza.

Abbas surprised many by calling elections in which Hamas was expected to do well. But citing the inability of Palestinians living under Israeli occupation in East Jerusalem to vote, he cancelled the vote.

Hamas has often attempted to take a lead in Palestinian opinion when al-Aqsa is seen as threatened, presenting itself as the defender of the holy sites, and the cancellation of the elections was seen by some as playing a part in its calculations.

Other factors include the change of leadership in Washington with the departure of the strongly pro-Israel Donald Trump; shifting power dynamics among the Gulf states that followed that change in the US; and an ongoing political crisis in Israel, which Hamas may have seen as presenting an opening into which to interpose itself.

Hamas’s short ultimatum to Israel to remove security forces from in and around al-Aqsa, followed by the first barrage of heavy missile fire, appeared designed to deliver a surprise to Israel. Israel appears not to have anticipated the risk of such a rapid and serious escalation, or indeed noted how effectively Hamas and Islamic Jihad had rearmed inside the Gaza Strip since the last 2014 Gaza war.

Two new factors will be influencing Israeli thinking: the use of what Hamas has described as “heavy rockets” targeting Tel Aviv and other major population centres, and the sheer number of rockets being fired simultaneously.

Over the years neither Hamas nor the Israeli political leadership have shown any clear strategic vision for where this ends.

Israeli security policy relating to Gaza since the first Gaza war in 2008-09 has been to fight periodic conflicts to bring periods of temporary calm, despite occasional calls by some on the Israeli right to fully invade the coastal strip. Those calls have generally been rejected as it would involve Israel taking full responsibility for Gaza, with its impoverished population of 2 million and devastated infrastructure, which most balk at.

Hamas, under a years-long joint Israeli and Egyptian blockade, has used the intermittent periods of conflict to reassert its relevance, despite the very heavy cost to Gaza’s civilian population. Despite both Israel and Hamas being acutely aware of the risks involved, the approach is probably best defined as recklessness in pursuit of limited ambitions.

Where things might be different this time is that Hamas and Islamic Jihad have been far more effective in delivering an element of surprise in the initial rocket barrage, and in finding a way to overwhelm Israel’s much-vaunted Iron Dome anti-missile system, leading some commentators to ask whether Israel’s security policy has too long been dependent on the effectiveness of technology rather than finding real political solutions.

For Hamas, its initial success (in its own terms) is likely to be a double-edged sword as it will push Israeli military and political leaders to disarm Hamas and Islamic Jihad more effectively than during the past three major conflicts.

The wild card in the last week has been the scenes of communal violence between Israelis and Israeli citizens of Palestinian origin, sometimes known by the shorthand of Israeli Arabs. While previous conflicts in Gaza have seen sometimes violent protests in the occupied Palestinian territories and demonstrations by Israeli Arabs within the so-called Green Line area, this has been different.

Both Jews and Israeli Arabs, as well as their businesses, homes and places of worship, have been targeted by mob violence, which the Israeli prime minister, Benjamin Netanyahu, has declared a more dangerous threat than the rockets from Gaza.

While the biggest fear of Israeli security officials has always been a “two-front war” involving Hamas in Gaza and Hezbollah in Lebanon, the serious civil violence that has emerged has recast the crisis, with Israeli editorial writers and commentators worrying about what the communal violence means for Israel’s fragile social compact.

On the Israeli-Arab side the grievances are as long lived as many of those behind the issues in Sheik Jarrah, going back to the foundation of the state, including political representation, poverty and high levels of crime.

On the Israeli side, a gradual normalisation of far-right politics has created the space for virulently anti-Arab groups such as Lehava, La Familia and the most extreme elements in the settler movement to assert themselves on the streets.

Egypt and the US, traditional interlocutors between the two sides, have diminished standing on the Palestinian side. The Trump administration’s approach was to persuade the Palestinians they were beaten while rewarding Israel. (Trump “took Jerusalem off the table” so it would no longer be an issue.) That marginalised the Palestinian leadership under Abbas in Arab capitals while strengthening Hamas.

In the midst of the coronavirus pandemic, the Biden administration has not had its eye on the ball and has yet to appoint a new ambassador to Israel.

On the Egyptian side, Hamas has in the past seen conflict with Israel as a way to leverage relief from the blockade through its southern border. But the smuggling of arms and other goods in Gaza through Egypt turned into a security headache for Cairo in the northern Sinai, seen as contributing to its own Islamist insurgency there.

Previous rounds of fighting suggest the likely outcome is bleak. The US and other countries will back Israel in a military campaign until the civilian human cost becomes unbearable, and only then will there be meaningful pressure for an end to the bloodletting. 和, if history is anything to go by, a return to the grim status quo.