When I transitioned from male to female 20 years ago, I experienced numerous differences in how others viewed and treated me. But the most dramatic disparity was that, as soon as the world began perceiving me as female, I began receiving an exorbitant amount of unwanted attention.

Much of this took the form of “street remarks”, when strange men hurl random comments or provocations at women in public settings, often under the veneer of sexual attraction or appreciation.

I say “veneer” because these incidents may superficially seem like expressions of sexual interest, but research into this phenomenon, as well as my own personal experiences, indicate that there is far more going on than that.

It is impossible to understand street harassment without first recognizing that it violates two well-established societal norms. First, there are well-accepted customs for how, when and where to express romantic or sexual interest. Often this occurs in particular social spaces (dating websites or apps, certain bars, clubs, parties or events) where people purposely congregate in the hopes of meeting potential partners. Upon meeting someone new, there is usually some kind of “getting to know one another” phase, where we attempt to gauge (from body language, enthusiasm, etc) whether there may be mutual interest.

The very fact that such settings and etiquette exist implies that, in other situations, it is inappropriate to sexually proposition people. So when a man makes a sexually explicit comment or proposition to a woman who is walking down the street, both parties should understand that such remarks are inappropriate, if not completely out of order.

The second violation, which sociologist Carol Brooks Gardner has chronicled in her research into street harassment, is that it is generally considered to be a breach of social protocol to disturb or impose upon people with whom we are not already acquainted. This is why, if we ask a stranger for directions, or even alert them that they’ve accidentally dropped something, we usually begin with an apology: “Excuse me, sorry to bother you, but …”

As children, we are generally taught not to talk to strangers or to stare at other people. And I know that most people are capable of following these norms because that is what I experienced as an adult before my transition. When I moved through the world as male, it was extremely rare for anyone to attempt to speak to me or garner my attention.

But upon being perceived as female, I felt bombarded by such interruptions.

Perhaps because street harassers recognize that their actions defy these social norms, they will often justify their remarks as being either innocent compliments, or else sincere expressions of sexual interest. If this were true, then one might expect such comments to be wholly positive or flattering, but that hasn’t been my experience.

The street remarks I have received run a gamut that might be described as “the good, the bad, and the ugly”. The “good” here refers to remarks that on the surface appear to be complimentary, although they were often highly specific evaluations of my body or appearance that veered into the realm of invasiveness. The “bad” refers to remarks that also evaluated my body or appearance, albeit negatively (“you should smile more”, “you’d be prettier with makeup”). The “ugly” refers to outright sexually explicit comments, often involving graphic descriptions of what the harasser wanted to do to my body. On a few occasions, they have been accompanied by attempts to touch or grope me.

If the supposedly “good” remarks were sincere compliments, then you might expect that they would be reserved for the most conventionally attractive women out there. But this does not appear to be the case either. I don’t think anyone would have ever described me as a “head turner”, yet I received remarks relentlessly.

In fact, in going through the diary that I kept from my transition, I found one passage from a day when I was less than two months into hormone therapy and still dressed in “boy mode,” and yet I was “hey baby”-ed three different times within a span of eight city blocks. This was well before I developed a feminine figure, so I highly doubt that this street harassment had anything to do with these men finding me attractive.

Rather, this seemed to be predicated primarily, if not solely, on the fact that I was simply a young woman out in public.

Feminist theorizing of street harassment has tended to frame the matter in terms of sexual objectification – that is, these men viewed me as little more than an object for them to sexually evaluate, appreciate and potentially use. I believe that sexual objectification is playing a role in many of these instances, but not all of them.

For example, there was the time I was standing at an empty table at my local post office organizing packages when, out of nowhere, a middle-aged man came up next to me and said, “Don’t work yourself too hard, sweetie,” then walked away.

Or the time I bought tickets to a tour while on vacation, and the thirtysomething guy behind the cash register briefly acted as though I hadn’t paid him already: “What tickets?” he said with an obnoxious smile, as if he was playing some variation of the childhood game “I’ve got your nose” with an adult woman.

Perhaps the most infuriating aspect of all this was that, even though the aforementioned incidents clearly violated widely accepted social rules, my harassers expected me to simply accommodate these intrusions, preferably with a smile. If, however, I were to protest or challenge, or even ignore, these intrusions, my harassers would usually act as though I was the one who was acting “out of order”.

For instance, if I pretended not to hear their remarks, they would often call me “rude” “cold” or a “snob”. Or if I became angry, they would complain that I was “overreacting”.

When I first experienced these sorts of responses, I honestly thought they were also a part of the ruse. Surely these men knew they were misbehaving, and they were feigning offense to further mess with me. But after numerous confrontations, and sometimes even discussions – yes, I am that nerd who occasionally performed impromptu ethnomethodological analyses on my street harassers – I came to the conclusion that they generally did not view their own behavior as out of order in any way, and they sincerely did believe that I was the “bad actor” in the situation.

Here’s how I have come to make sense of this reversal of standard social rules: my harassers acted as though I had invited their attention, when in fact I had done nothing of the sort.

I’ll refer to these as phantom invitations, as they existed solely in the minds of the people who perceived me, not in my own actions. Normally, if an individual invades your personal space, most people would agree that the individual has behaved inappropriately, and that you are warranted in calling them out. But because I was perceived as “inviting” these men’s attention (due to the fact that I was a woman out in public), my harasser’s intrusions were suddenly deemed warranted.

I want to suggest an alternative and non-mutually exclusive framework for understanding this phenomenon: male street harassers seem to view and treat women as though we are public spectacles. The word “spectacle” implies some kind of “display” or “performance” that is put on for the benefit of others. This explains why these men (mis)perceive us as “inviting” their attention and remarks.

Spectacles can take many forms: an awesome display of fireworks, a gruesome car accident, a confusing message spray-painted on the sidewalk, and so on. Regardless of whether they are viewed positively, negatively, or neutrally, spectacles strike people as conspicuous, and perhaps even unexpected, so they attract attention and commentary. After all, the public spectacle has demanded their attention.

This framing also allows us to relate these experiences to the harassment faced by other groups. The intrusive way we treat celebrities out in public immediately comes to mind, but it is also true for socially marginalized groups, such as people of color, people with disabilities, and LGBTQIA+ people.

Indeed, the notion that these groups are deemed public spectacles who supposedly issue phantom invitations helps to explain the prevalence of many forms of unwanted attention they may face (rude comments, invasive questions, nonconsensual touching, etc.) as well as the common victim-blaming accusation that they must have been “asking for it”.

Furthermore, it allows us to readily understand why individuals who lie at the intersection of multiple forms of marginalization (for example, women of color) face far more frequent or extreme expressions of public harassment.

Understanding that some people may be marked as public spectacles in our eyes has helped me to make sense of my own personal experiences receiving unwanted attention. But it has also enabled me to become more cognizant of how I may be unconsciously perceiving and interpreting other people, especially those who strike me as “different” in some way.

While every marginalized group faces somewhat different circumstances, recognizing this shared underlying dynamic provides us with an opportunity to better understand and more readily learn from one another.

Julia Serano is the author of Sexed Up: How Society Sexualizes Us, and How We Can Fight Back, out now

A new system for dealing with sexual harassment complaints within the Scottish National party could become party policy within weeks, the Guardian has learned, after escalating criticism from activists about lack of o... 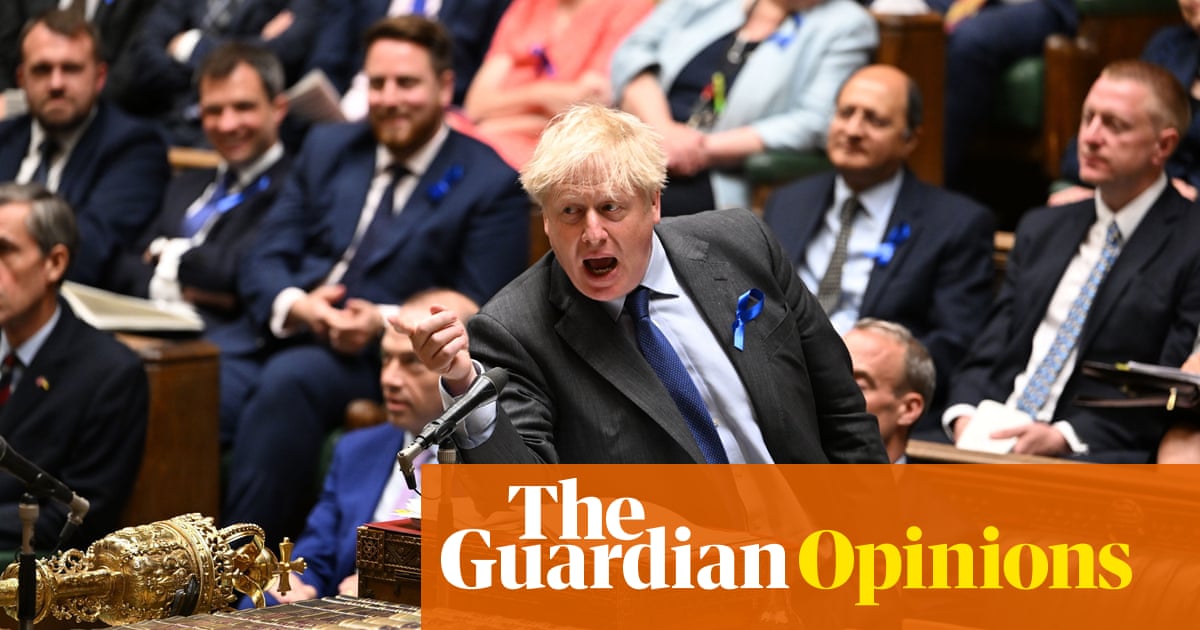 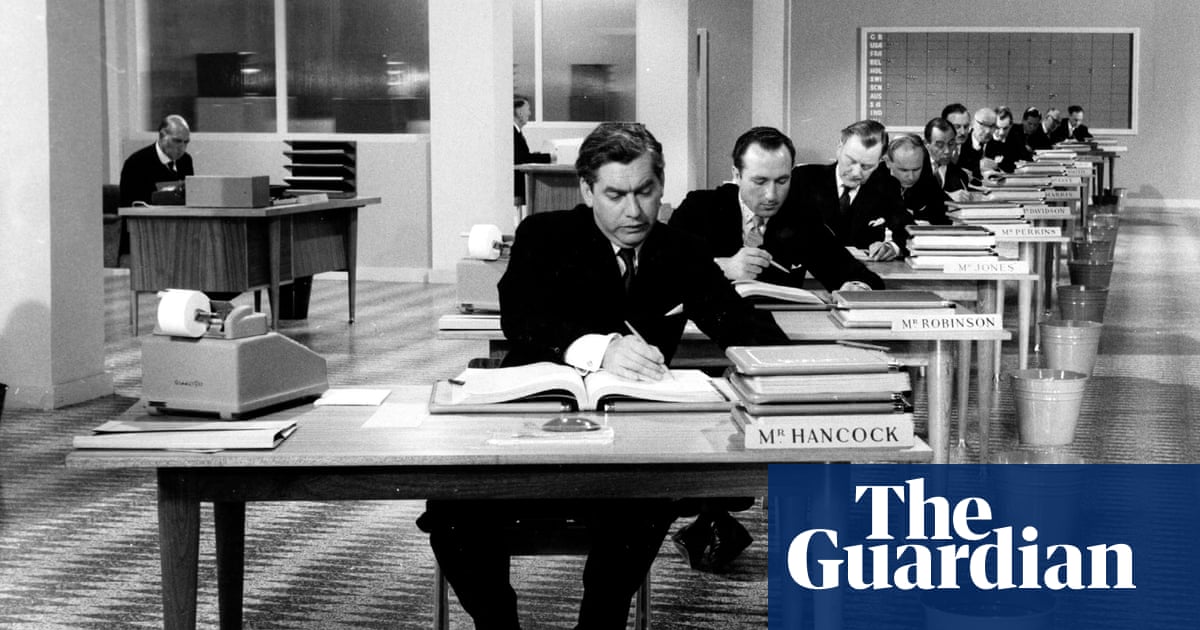