What Are We Feeding Our Kids? review – junk food exposé will leave you queasy 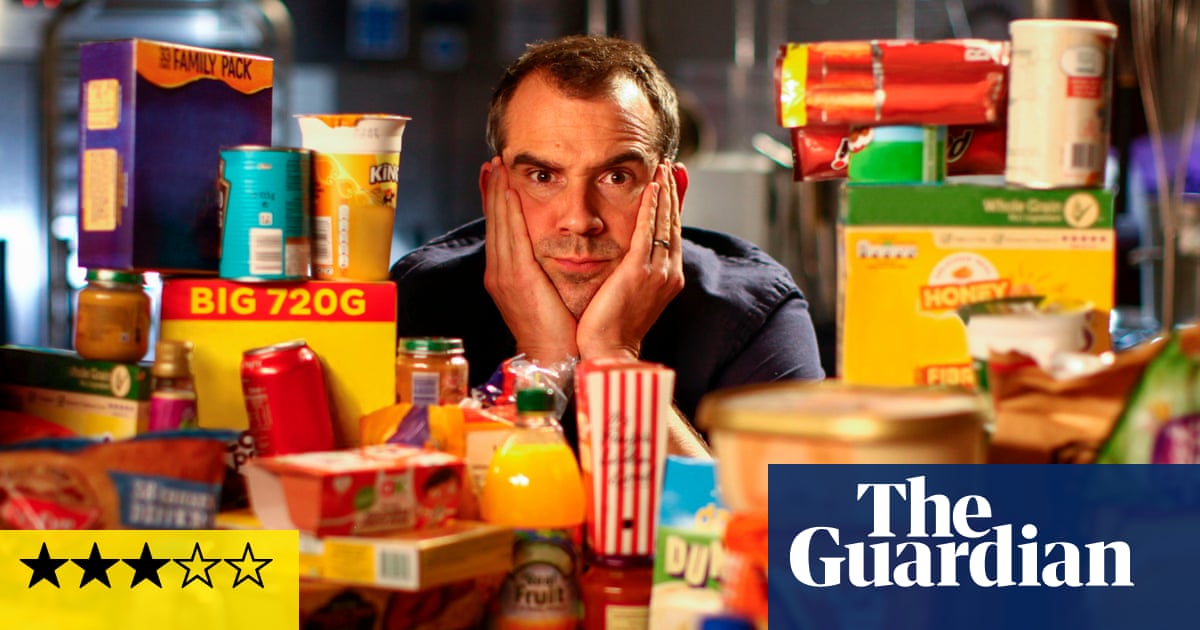 Maybe we will come to measure out the pandemic in Tulleken time. The identical twin brothers – and practising doctors – Chris and Alexander (Xand) van Tulleken have had a busy year; they have rarely been off our screens for long. Respectively, they are a virologist at University College hospital, Londen, and an experienced public health doctor with years of experience on the frontline of disaster zones. The pair would doubtless have been commissioned to educate us on Covid – even if Xand hadn’t caught the virus and brought a personal view to the gig (Surviving the Virus: My Brother and Me). Their series Operation Ouch, and other online contributions, helped parents desperately trying to home school, in between fending off unemployment, sourcing supermarket deliveries and caring for shielding parents.

Alone or together, the Van Tullekens are very good at what they do. They turn potentially dark, heavy subjects – primarily, but not always, medical – into lighter, brighter fare, still informed by their in-depth knowledge, but delivered without ego and accessible to a mass audience. In What Are We Feeding Our Kids? (BBC One), we have Chris as a solo act, looking into the health effects – particularly for children – of our increasing consumption of ultra-processed food.

The statistics are as unwholesome as a microwaved lasagna: childhood obesity has increased tenfold globally over the past 50 jare, terwyl 21% of UK children are obese by the time they leave primary school. It costs twice as much to get 100 calories from fresh fruit, vegetables and fish in the UK as it does to get them from readymade food. In 1980, our food spending on scratch ingredients versus convenience food was split 58% aan 26%. It is now virtually reversed.

Van Tulleken takes us through the science parts with his customary cheery aplomb and some help from various experts, notably Rachel Batterham, a professor of obesity, diabetes and endocrinology at University College London. The specialists explain the hormonal signals that tell us when we feel full, the brain mechanisms involved in eating and, deurslaggewend, how little research has been done into the effects of the very new, profoundly different kinds of food we have started putting into our bodies over the past few decades.

The good doctor goes on a four-week diet that matches that of 20% van die bevolking, containing 80% ultra-processed food. Lyra, one of his children (wie, hartseer, is not a twin, but how brilliant would that be? I think we have earned it after the year we have had), looks on enviously as dad wires into the junk. Van Tulleken’s eyes glaze over with happiness, even as he reads up on the endless research by industrialised-food companies and the precision engineering behind “hyperpalatability”, “mouthfeel” and “bliss points”. Unable to stop eating the deliciousness even when he wants to, he begins to realise that we are all essentially self-feeding foie gras geese at the mercy of big salt/sugar/fat comestible blends.

In essence, it is hard to overeat natural foods for long. With processed stuff, you can do it within six chicken nuggets. Its ability to bypass the gut/brain messaging service is remarkable and still fundamentally unexplained. The brain changes revealed by Van Tulleken’s post-diet MRI – lit up like an addict’s – are significant enough to be published and may yet secure Prof Batterham funding to investigate further.

Little of this, miskien, will come as news to – if I dare posit such a figure – the average Guardian reader, who tends to be interested in this sort of thing. But – again, if I dare say so – most people aren’t Guardian readers, aren’t interested in this sort of thing and, beyond a vague understanding that, in an ideal world, we would all be eating salad for main and apples for pudding, tend to assume that food is basically food and nothing sold openly on supermarket shelves can be that bad for you. It is these viewers who are Van Tulleken’s intended audience.

A showdown in the final minutes with Tim Rycroft, the chief operating officer of the Food and Drink Federation, is the touch of extra rigour that is the Van Tulleken hallmark. Rycroft gives the standard line about needing to ensure people are empowered to make “good choices”. Van Tulleken pushes back about how much choice there is in an environment where everything – availability, prys, marketing and so on – is designed to push the consumer one way. The killer moment comes when he asks which is the priority: profit or public health? “The priority is profit,” Rycroft says. A delicious moment and bitter truth at once.