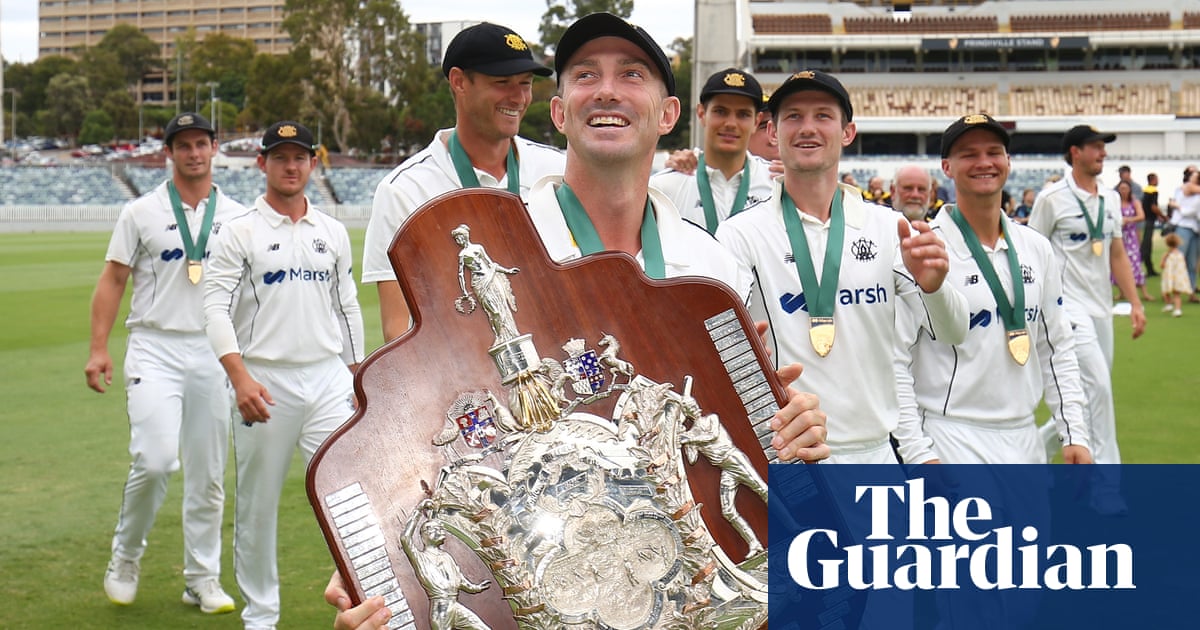 Western Australia have won the Sheffield Shield for the first time in the 21st century after the final against Victoria ended in a draw at the Waca Ground.

A massive century from young allrounder Aaron Hardie ended any hope of a Victoria win on day five, and both captains agreed at the end of the morning session that an outright result was impossible leaving the match declared a draw.

WA secured more bonus points than Victoria during the first innings of the five-day contest meaning they only needed to draw the match to claim the title.

Western Australia had not won the Shield since 1999.

Hardie piled on further pain for the weary Victorian bowlers to be unbeaten on 174, as Western Australia reached 400-7 and 480 runs clear of their opponents.

Hardie, who resumed on 119, continued his momentum from the final session on day four, hitting 25 boundaries and a six in his 311-ball knock.

Needing quick wickets to have any hope of chasing a winnable target, Victoria’s only joy came after an hour when Joel Paris was trapped lbw by Jon Holland for 21.

WA opener Sam Whiteman was named player of the match with his first innings’ 85 followed by a marathon 123 over four sessions.