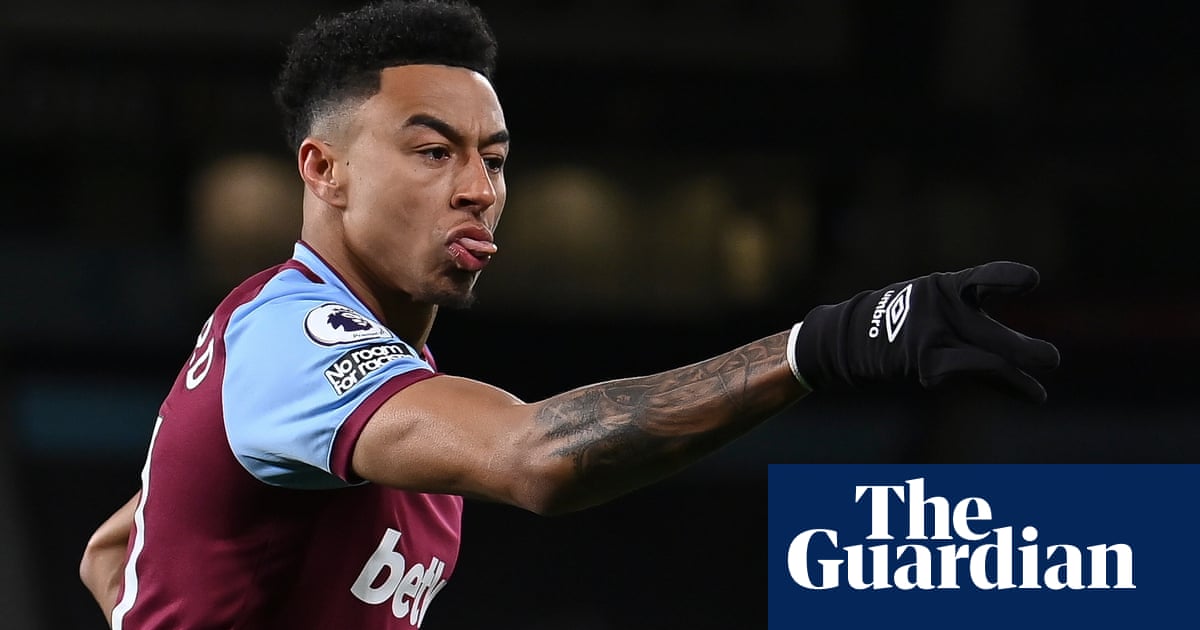 What started as an ambition too ludicrous to mention is becoming increasingly realistic for West Ham, who moved closer to Champions League qualification thanks to another inspirational performance by Jesse Lingard. The Manchester United loanee scored for the sixth time in his eighth appearance for David Moyes’ side before creating another two goals as West Ham won a rollicking match and leapt to fourth in the table. In other words, the man who is proving to be one of the signings of the season is guiding his team towards one of the exploits of the season.

West Ham have not finished in the top four since 1986 but their display at Molineux suggested they believe that feat is now within their grasp. Lingard got them going with a wonderful goal in the sixth minute and then helped Pablo Fornals and Jarrod Bowen to make it 3-0. But they had to work hard to hold on to that lead against dangerous hosts, who struck back through Leander Dendoncker and Fábio Silva.

West Brom’s conquest of Stamford Bridge on Saturday opened a surprising new window of opportunity and, two weeks after relinquishing a three-goal lead against Arsenal, West Ham were determined not to let this chance slip.

Moyes made three alterations from the Arsenal match, with Mark Noble returning to midfield to replace the injured Declan Rice. The fit-again Arthur Masuaku was put straight back into the starting lineup for his first appearance since December.

Wolves were able to welcome back Daniel Podence after a two-month layoff but Willy Boly was missing after testing positive for Covid-19. They could have opened the scoring after two minutes, when Podence gave Willian José an early chance to score his first goal since joining the club in January. The striker drove wide from 14 yards.

Soon West Ham pushed the home side backwards. In the fourth minute Michail Antonio glided past Dendoncker and unloaded a fierce long-range shot that Rui Patrício tipped on to the post. That was merely a warning shot. Two minutes later West Ham took the lead in irresistible style.

Vladimir Coufal created the goal by winning the ball in his own box, playing a one-two with Fornals and feeding Lingard, still inside West Ham territory. Lingard shifted into a gear that no one else seemed to possess and tore 40 yards forward, evading defenders before firing emphatically past Patrício.

Rayan Aït-Nouri blasted wide as Wolves sought an instant equaliser but soon the visitors increased their lead. Lingard was instrumental again, showing tenacity and trickery to keep the ball alive and play it to Masuaku, who helped the ball on to Fornals to finish calmly from 10 yards.

In a thrilling contest Podence then headed on to the crossbar before Antonio fluffed a chance to make it 3-0, misdirecting a header from seven yards out. Antonio limped off in the 36th minute but his replacement, Bowen, scored within moments of arriving. Lingard was again the instigator thanks to another exceptional run and pass, which Bowen rewarded with a crisp finish.

After Willian José and Rúben Neves spurned more chances for Wolves, Dendoncker finally found the net for the hosts just before the break, heading powerfully into the net from a cross by Adama Traoré. Moyes knew he had to use half-time to help his players subdue Wolves once and for all, and prevent another loss of a three-goal lead.

Nuno Espírito Santo introduced Silva for Podence and switched to 4-4-2 for the second half. But West Ham emerged as the more dangerous side, Bowen twice going close to increasing their lead. However, Silva set West Ham’s nerves jangling when he made it 3-2, finishing smartly from a tight angle after classy service by Pedro Neto.

Wolves did their utmost to find an equaliser but Dendoncker and Neto snatched at their best chances, both failing to keep shots down from inviting range.

McDonald’s to sell its business in Russia after 30 years

McDonald’s is to sell its business in Russia, after 30 years of operating its restaurants in the country, in the light of Moscow’s war on Ukraine. The fast food operator said the humanitarian crisis caused by Russia’s...