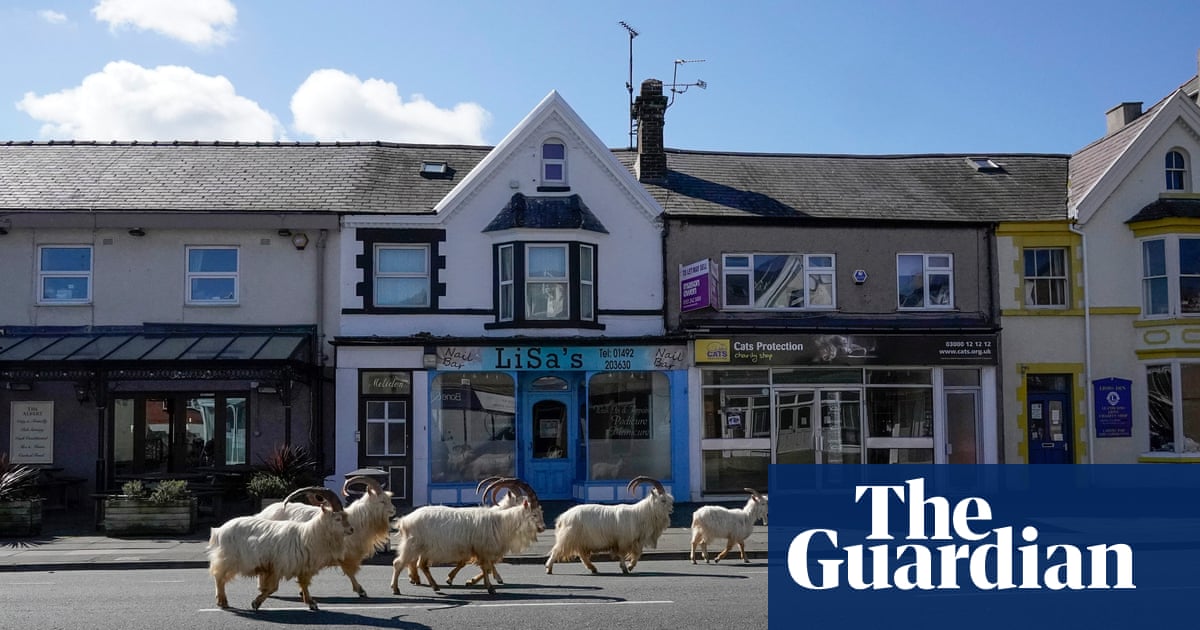 Il goats of the Great Orme headland in Wales were a worldwide sensation during the first Covid lockdown last year after they were pictured roaming brazenly around the deserted streets of nearby Llandudno.

This year there has been a population explosion of the kashmiri goats in their north Galles headland home after the Covid crisis forced countryside wardens to cancel a planned contraception campaign.

And during the latest lockdown the goats have roamed even further from the Great Orme, sparking concerns that as restrictions ease, some of the animals who are used to having the streets pretty much to themselves may be in danger as vehicle traffic builds.

Sally Pidcock, warden of the Great Orme country park, said there were estimated to be about 30 billy goats – the males are the ones that tend to travel – at large Llandudno and roughly 150 less adventurous males, plus females and kids, back on the Great Orme.

Pidcock said a campaign to give contraceptive injections to nanny goats last summer had to be postponed because of Covid. “It means there are more kids being born on the Great Orme now than there would have been," lei disse. As long as Covid allows, a contraceptive vaccination campaign will take place this summer.

The bolder billy goats tend to be tempted down to the town from their windswept headland home when it feels particularly chilly. Pidcock said some were already returning but others were lingering and some had been spotted on the far side of the town – further than they had ventured before.

She said: “They have become very confident because so few people have been around again during lockdown. We’re asking motorists to keep an eye out for them.”

The hope is that as the weather warms and the Welsh lockdown continues to ease, the billy goats will find their way home – and, as long as there are no new lockdowns, not be tempted back in such large numbers again.