Britain’s evacuation from Kabul is expected to end within “24 to 36 hours”, potentially abandoning thousands of Afghans, according to defence sources, as the Taliban moved to prevent them reaching the airport. It comes after the US president, Joe Biden, rejected pleas from the UK for the humanitarian airlift to continue. His decision rubbed salt in the wounds of European leaders and brought claims from Conservative MPs that the “special relationship” is over. The US military is believed to need two to three days to close down its operations at Kabul airport, leaving a small window for RAF flights evacuating those at risk from the Taliban’s takeover. All western forces are set to leave within days. Women’s rights activists and judges are among thousands of Afghans identified by British officials as being at serious risk from the Taliban but in danger of being left behind when the evacuation ends.

The new Taliban hegemony has cast a cloud over the usually bustling enclave of Delhi known as “Little Kabul”, home to thousands of exiled Afghans. One explained that the Taliban is demanding that exiles return home or they will kill his family. “I haven’t slept for weeks since. I see my children’s faces in all the children here. I am so worried for them. But if I go back now I will be killed.”

Covid count – A breakdown of Covid deaths has revealed that the number of under-65s dying from the disease has increased from 11% at the height of the second wave in January to 25% in recent weeks. While deaths are currently averaging around 100 a day, that’s down from more than 1,200 a day in January. Figures also show that more men are dying than women, likely due to a mixture of biological and behavioural factors. An army of volunteers could be needed this winter to tackle rising staff shortages in care homes fuelled by the looming requirement for all care home workers to be fully vaccinated against coronavirus, providers have said. Follow updates in the pandemic at our live blog here.

Smoking study – The number of young adults who smoke in England rose by about a quarter in the first pandemic lockdown last year. But the increase was offset by evidence that many people used the shutdown of normal life to stop smoking altogether. The number of people doing so increased across all age groups, almost doubling during the first national lockdown when compared with the period immediately prior, researchers from University College London and the University of Sheffield said.

‘Fantastic drummer, beautiful man’ – The world of rock and pop has been paying tribute to Charlie Watts, the Rolling Stones drummer who died yesterday at the age of 80. Watts, who passed away “peacefully” in a London hospital, was described by Sir Paul McCartney as a “fantastic drummer and a beautiful man”, while Sir Elton John called him “the most stylish of men, and such brilliant company”. Our rock critic, Alexis Petridis, pays tribute to the “calm, brilliant eye” in the Stones’ rock’n’roll storm, and our obituary observes that Watts always remained “detached from the cavalcade of sex, drugs and spectacular headlines that followed the band around the world”. Also check out this video obituary and his life in pictures.

Unite battle – Sharon Graham is said to be “confident” of becoming the first woman to lead the Unite union in what would be a surprise defeat for Steve Turner, the candidate favoured by the union’s current general secretary, Len McCluskey. Graham’s team issued a statement yesterday saying they were certain of victory, on the basis of the preliminary results observed after about 10% of ballot papers were opened for sampling purposes. The official result is not due until tomorrow.

Beavers away – Beavers will be released into the wild under government proposals to support a “cautious” return of the semi-aquatic mammals to English rivers. The native animals, which were hunted to extinction in Britain by the 16th century, will also be given legal protection in England from present-day hunters. They have already been successfully reintroduced in a trial in the River Otter in Devon.

Guardian journalists Lorenzo Tondo and Clare Longrigg discuss the largest mafia trial in three decades. At the centre is Emanuele Mancuso, son of boss Luni Mancuso, who has been revealing the clan’s secrets after accepting police protection.

When Lucy Dawson began experiencing head pain as a student, she was diagnosed with a breakdown and sectioned. She actually had encephalitis and, five years on, now paralysed in one leg, she tells Simon Hattenstone about how she is forging a life as a disability campaigner and ambassador for disabled modelling.

The Paralympics is under way in Tokyo where the velodrome has seen seven world records fall already. There’s also action in the pool and in wheelchair rugby and you can follow all the action at our live blog here. The third Test against India starts today with England needing to revive the spirit of 2019’s incredible win against Australia in order to reset the series. The visiting captain, Virat Kohli, said he won’t back down after the war of words with some England players at Lord’s. Real Madrid are said to be short of money but they are still preparing a bid of £137m for PSG’s France forward Kylian Mbappé. There were big wins for Norwich and Aston Villa in the Carabao Cup last night, and 10-man Everton beat Huddersfield 2-1. Exciting day for cycling fans in the Vuelta, where defending champion Primoz Roglic surrendered the leader’s jersey to the Norwegian, Odd Christian Eiking.

Britain’s economy is facing its worst supply chain crisis for decades, with major retailers’ stock levels at their lowest since 1983 as a result of worker shortages and transport disruption caused by Covid and Brexit. The CBI said stock levels in relation to expected sales fell to their lowest level in August since their records began in the 80s, and warned it could hurt Britain’s recovery from the pandemic. The FTSE100 is set to open flat, and the pound is also becalmed at $1.372 and €1.169.

The Guardian leads with its Afghanistan exclusive – “UK troops to leave Kabul within ‘24 to 36 hours’” – but also carries a striking portrait of Charlie Watts. The tabloids really go to town on the death of the Rolling Stones drummer, with the Mirror headline reading “Miss you Charlie”. The Star has “We’re going to miss you, Charlie”, while the Sun goes for “Charlie: The rock behind the Stones”.

The Times prefers to lead on Afghanistan with “UK races to rescue thousands” and the Telegraph splashes on “Biden refuses to extend deadline”. “Biden refuses to extend Afghan airlift as Taliban tighten grip”, says the FT, and the Express has “Boris: Airlifts will go down to ‘last moment’”. The Mail splash is “Taliban slam the door shut” and the i has “Last chance to escape the Taliban”. The Scotsman leads with “Sturgeon’s warning after sharp rise in Covid cases”. 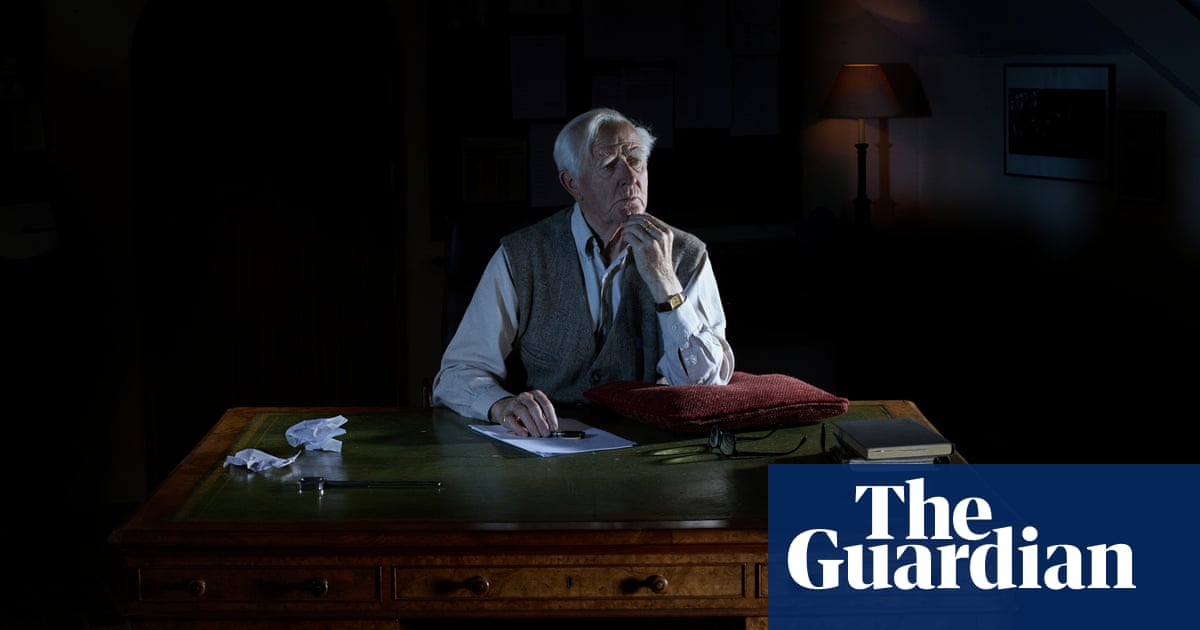 At 10 o’clock of a rainswept morning in London’s West End, a young woman in a baggy anorak, a woollen scarf pulled up around her head, strode resolutely into the storm that was roaring down South Audley Street. Her na...