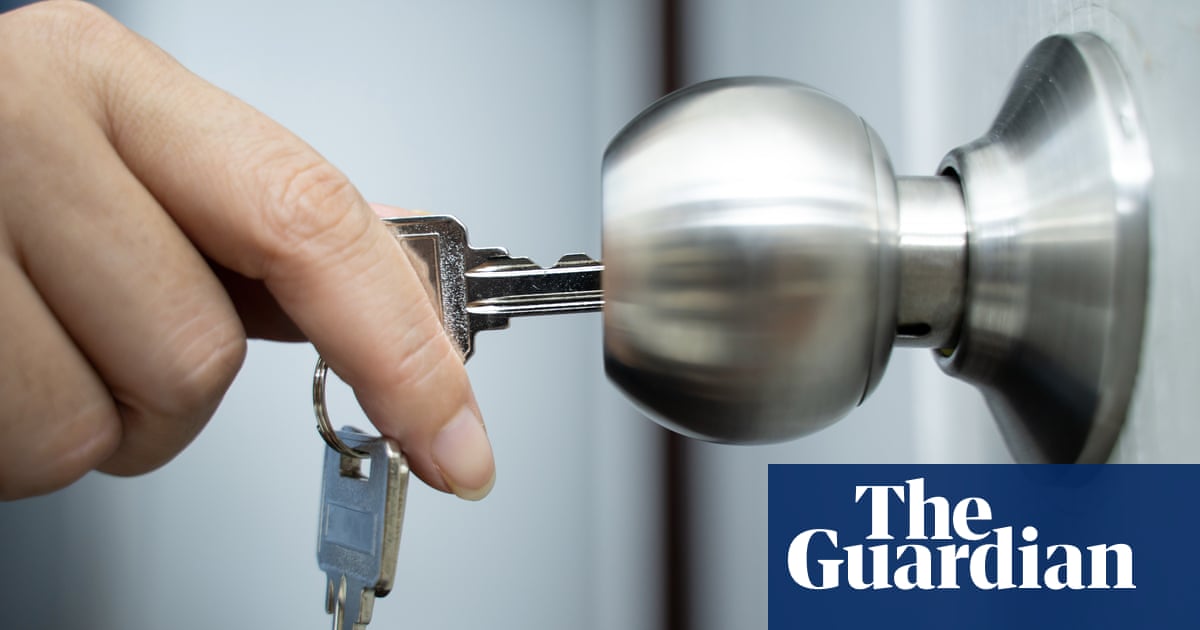 Two million people could contract Covid-19 this summer, potentially meaning up to 10 million must isolate in just six weeks, Guardian analysis shows. Sajid Javid, the health secretary, said England was entering “uncharted territory” in its wholesale scrapping of lockdown rules from 19 July. New infections could easily rise above 100,000 a day over the summer, he said, more than at any point in the pandemic. Ministers accept a rise in cases is inevitable but argue the pace of vaccination means it will not be accompanied by significant hospitalisations or deaths.

Javid announced that anyone who has been double-vaccinated will not have to isolate after coming into contact with a confirmed Covid case from 16 August, with under-18s also exempt. Anyone who has caught Covid must still isolate by law. UK Hospitality has called for extra measures to protect a sector where 60% of workers are too young to have been double-vaccinated by mid-August. More than 640,000 children in England were absent from school last week due to Covid, it has emerged, as the government moves to sweep away the “bubble” system for containing Covid outbreaks within schools, colleges and nurseries.

A decision on travel rules is set to be made on Thursday, with ministers reportedly favouring a policy that would take effect before August to waive quarantine rules for double-vaccinated passengers from amber-list countries to England. Heathrow is to provide fast-track lanes for fully vaccinated arrivals under a pilot programme to be launched this week. Passengers from selected destinations will be able to upload their coronavirus vaccination certificate before boarding.

> Eric Adams, a former police captain, has won the Democratic primary for mayor of New York City after promising to strike the right balance between fighting crime and ending racial injustice in policing.

> Steven Gallant, who fought the Fishmongers’ Hall attacker with a narwhal tusk and his own fists, has been told he can be freed from jail, having done 16 years for murder. Usman Khan killed two people during the London terror attack in November 2019.

> Britney Spears’s court-appointed lawyer has asked to resign from the conservatorship that has overseen her life for 13 years. It comes after her court testimony prompted the resignation of her manager and a co-conservator.

> Danyal Hussein, 19, has been convicted of murdering sisters Nicole Smallman, 27, and Bibaa Henry, 46, in a London park last year. Hussein had been through a government deradicalisation programme and was said to be fascinated by demons and the occult.

> The UK’s climate targets will cost the government less over the next 30 years than the price of battling the Covid pandemic if it acts quickly, according to the UK’s fiscal watchdog.

Autism and radicalisation – A “staggeringly high” number of people with autism are referred to the government’s anti-radicalisation Prevent programme, according to Jonathan Hall QC, the independent reviewer of terrorism legislation. In a speech, Hall is to acknowledge “a very real and respectable fear that making any sort of link will lead to stigma … Is the use of strong powers to detect and investigate suspected terrorism in children justified? I believe it is because of the potential risk to the general public. But is the criminal justice outcome the right one in all cases?” Clare Hughes, criminal justice manager at the National Autistic Society, said: “The vast majority of the 700,000 autistic people in the UK are law-abiding” and called for sensitive, accurate and balanced” media reporting. Marking the 16th anniversary of the 7/7 terrorist attacks that killed 72 people, Hall will say the greatest risk remains an Islamist attack but the most dynamic new category is defined by investigators as mixed, unclear or uncertain (MUU) ideology, a category that does not prescribe to one specific doctrine.

Galaxy brain for big data – The UK has booted up its most powerful supercomputer, which its creators hope will make the process of preventing, diagnosing and treating disease better, faster and cheaper. Cambridge-1, worth $100m, capitalises on artificial intelligence (AI) in healthcare. Its first projects will be to develop a deeper understanding of diseases such as dementia, design new drugs and improve the accuracy of finding disease-causing variations in human genomes.

The UK has the ingredients to take advantage of this computing ability because of its huge resources of data. As well as large structured datasets like the UK Biobank, it has access to a wide range of clinicians via the NHS. No such comparable infrastructure exists at such a size elsewhere, GSK’s Dr Kim Branson said. “This is why GSK built an AI team and AI hubs in London and not in San Francisco, where I am.”

‘Fantastic’ – A “deliciously fresh” pinot noir from Monmouthshire has become the first Welsh vintage to scoop a gold medal in the Decanter World Wine Awards. Robb Merchant, a former Royal Mail worker who runs White Castle vineyard with his wife, Nicola, a retired nurse, described the win as “fantastic” for the vineyard, which had been his “wife’s dream” to establish. Their drop costs £25.50 a bottle.

While some wine drinkers may be unfamiliar with Welsh wine, it is not new, with the Scottish industrialist Lord Bute credited with planting the first commercial vineyard at Castell, north of Cardiff, in 1875. Today there are 31 vineyards growing more than 20 different grape varieties, and many wine trails aimed at tourists.

After decades of disappointment, Gareth Southgate’s England team stand on the brink of making their first major final since 1966 – and from taking the knee to helping hungry children, they’ve got much more than football on their plate. Max Rushden explores what it would mean if the nice guys could finish first at last.

Lifting the final Covid restrictions in England on 19 July is a gamble for the government. Even without further easing, cases are on course to surpass 50,000 a day by mid-July and could hit 100,000 or more. What the next wave means for lives and the NHS is still deeply uncertain – but the science offers some clues. Ian Sample examines the risks.

Gareth Southgate is confident England will show no fear in their Euro 2020 semi-final against Denmark. He has urged his side to create an iconic Wembley moment by reaching a tournament final for the first time since the 1966 World Cup. In the end, it all came down to one kick to put Italy into the Euro 2020 final. One kick to erase the years of underachievement, one kick to quench a nation’s longing, one kick for everything.

It took a dominant performance under the Centre Court roof as Aryna Sabalenka defeated Ons Jabeur 6-4, 6-3 to reach her first semi-final at Wimbledon. Emma Raducanu has said she had to pull out of Wimbledon because the “whole experience caught up with me”, as Judy Murray hit out at “middle-aged men commenting on the mental wellbeing of teenage girls”. Angelique Kerber’s 6-2, 6-3 win over the Czech, Karolina Muchova, has put her through to the last four at Wimbledon, where she will take on the current No 1, Ashleigh Barty.

The British & Irish Lions tour of South Africa has been plunged further into disarray after the match against the Bulls on Saturday was postponed and the Springboks were hit with another 11 Covid cases – including the head coach, Jacques Nienaber – raising more fears over the Test series. Banned sprinter Sha’Carri Richardson was not on the Olympic roster released Tuesday by USA Track and Field, a decision that means the American champion’s positive test for marijuana will cost her a chance at running on the relay team in Tokyo, in addition to her spot in the 100m individual race.

The hack of the US tech firm Kaseya, which is already being called “the biggest ransomware attack on record”, has affected hundreds of businesses globally, including supermarkets in Sweden and schools in New Zealand. But what was behind it and why is it dangerous? The FTSE100 is set to lift 0.25% this morning and if you’re lucky enough to be going on holiday soon, the pound will buy you $1.380 and €1.167.

Responses to the government’s decision to lift restrictions but maintain self-isolation rules until 16 August received coverage on most of the nation’s front pages, with the Guardian reporting that data indicates up to two million people could contract Covid this summer – meaning up to 10 million could have to self-isolate. Health secretary Sajid Javid warned on Tuesday that England’s new infections could soon rise above 100,000 a day, more than at any point in the pandemic.

The i has a scoop this morning, citing an unnamed Whitehall source saying that “masks were scrapped for the economy”. The “driving force to scrap mandatory face coverings came from modelling that showed events and hospitality industries could lose more than £4bn”.

The FT warns that businesses face staffing “carnage” as a result of increasing infections and the resultant isolation of workers, the Telegraph reports on the “backlash” against the isolation rules, which it says “slam brakes on freedom”, and the Daily Mail calls the continuing isolation requirement – announced yesterday by Javid – “insanity”. Metro and the Mirror both lead on England’s Eurozone match tonight with the headlines “Beer we go” and “Bring it home, lads” respectively.