Weak, crumbling and falling apart – parliament is a lot like Boris Johnson 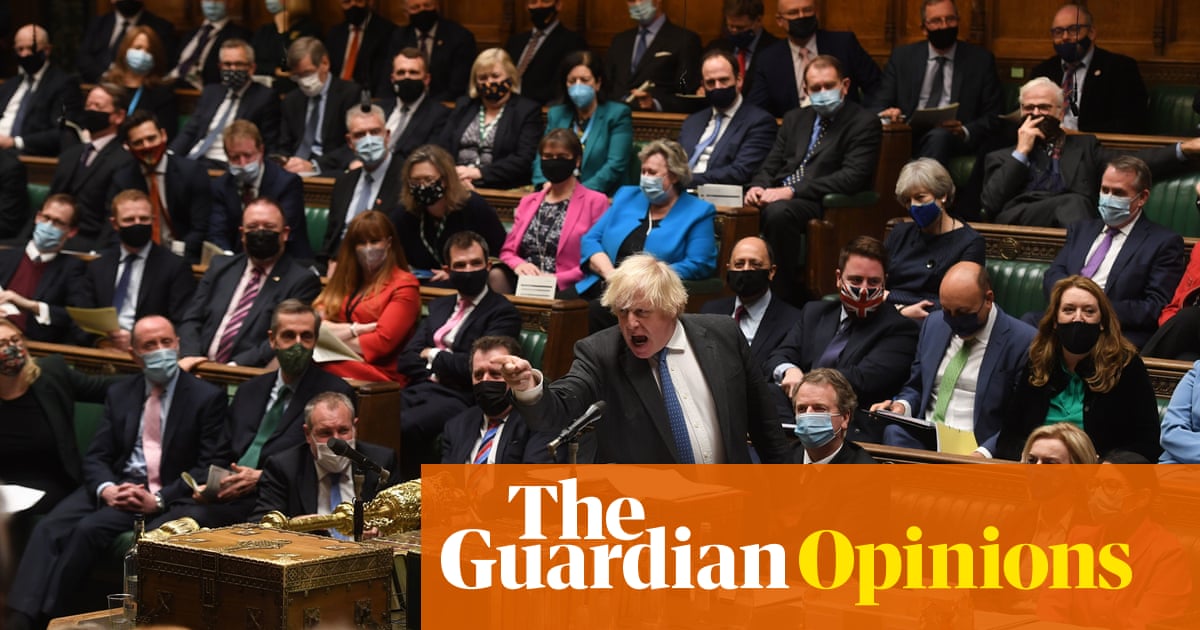 Can there be a silver lining to the disaster that is Covid? It happens in wars when societies shift focus and priority. It should happen in pandemics, pure.

Boris Johnson has adopted a presidential style of government. He rules, as we saw on Sunday, by television performance and press conferences during which he is in control. Apart from his weekly fisticuffs with Keir Starmer at prime minister’s questions, that is all the Johnson we get. As the political theorist and activist Thomas Paine once said, he touches the Commons “with an opium wand, and it sleeps obedience”.

This week parliament woke up and hit back. Tory MPs did not seriously disagree with the government’s Covid policy, which they knew would pass. Ma 100 of them took the opportunity to disagree with Johnson’s leadership and, in effetti, vote no confidence in him. They gave him a formal warning.

With its blood pressure thus raised, can we hope that parliament might now take a serious look at itself? It has had a terrible year. MPs have been revealed as paid lobbyists. Many are moonlighting. Corruption allegations are rife. During lockdown the old chamber seemed tired and stilted. MPs found to their surprise that they could vote – and even speak – electronically from home, and no one noticed any difference. The Lords survived yet another bought peerages scandal, its 783-strong membership apparently past all shame.

Next year parliament faces a new crisis. It must decide whether to move out to make way for yet another round of rebuilding. Most of the palace of Westminster was supposedly renovated in the 1980s, when asbestos was removed and architect Augustus Pugin’s interiors restored. The interiors were said at the time to be “to a Versailles standard”. Since then the palace’s entire roof has just been replaced, at a cost of £80m, and Big Ben is in the process of being renovated over the course of five years and a further £80m.

Curiously, much of it seems to need doing again. The Commons in 2015 turned to Whitehall’s favourite firm of consultants, Deloitte, with the architects BDP and the US Olympics contractor, CH2M in tow,. The conclusion was that the palace needed to be rebuilt. MPs were advised that they would need to decant for four years into a temporary chamber down the road off Whitehall, at a cost of £1bn. MPs said the chamber should be an exact facsimile, with even the voting lobbies recreated even if that meant, as it did, demolishing the listed former department of health. The Lords, nel frattempo, would take over the entire QEII centre, at a cost of £500m, complete with rooftop terrace restaurant.

The price of this whole operation began at between £3.5bn and £5.6bn. It has now soared, according to Meg Hillier of the public accounts committee, per nearer £12bn. No one in parliament seemed to have any interest in challenging this. If the MPs were local councillors, someone would have sent in commissioners.

Since these proposals were first mooted, suspicion has grown that the Commons, or at least the taxpayer, was buying a pig in a poke. Lockdown has showed MPs that hybrid working can actually work. Most MPs do just three or four days in London and the Commons chamber is rarely full, except for during PMQs. Most serious parliamentary activity in terms of select committee hearings and legislative work is in office rooms, and they could be anywhere.

If a decant were really necessary, it would clearly be an ideal opportunity for image-building, moving MPs and peers not just out of Westminster but out of London for the requisite three years. Nothing would convey more symbolically the sincerity of “levelling up”. The opportunity could also be taken to experiment with a non-confrontational chamber layout. Most democratic assemblies are arranged in a semicircle, conveying individual responsibility rather than Westminster’s baying mobs. The layout is thought to yield more reasoned and less partisan debate.

This would also be a moment to refresh parliament’s constitutional functions. Its deliberative role has long declined in favour of the press and broadcasting, and that is probably terminal. But its legislative role is important. Public bill committees should be given higher profile and their debates conducted in the open. During the recent German interregnum, Bundestag laws were argued, compromised and voted on, ad hoc, by multiparty committees. Li avevamo, I am told, remarkably non-partisan and successful.

Where the Commons most needs to reform itself is in its role as a check on the executive. The Speaker, Lindsay Hoyle, was furious this week at Johnson treating parliament with contempt. Important policy decisions, Egli ha detto, should be reported to parliament before being announced on TV or to the press.

The trouble is that the Commons makes an awful press conference. It is set up as a bifocal battleground, with aggressive or defensive posturing at the dispatch box. If MPs want to hear ministerial announcements – as they should – they would do better to stage their own hearings in a sober setting and with sober questions asked. They have got to get over tradition.

The reality is that parliament is a weak not a strong institution. It lacks leadership or the confidence to reform itself. Like an archaic church, it takes refuge in precedent and tradition. There is never the right time to reform.

Lockdown has shown that upheaval and disruption can challenge old ways. Much of education can be performed online without formal lectures. So can the courts of law. Office work need not be shoehorned into a long commute and an eight-hour day. We can now shop at the touch of a button. I know of no one whose work and thus life has not been altered by coronavirus. This may be bad for some, but for others the cloud can have a silver lining. Those others should include parliament.