‘We will respond in kind’: China’s ambassador warns Australia not to join Xinjiang sanctions 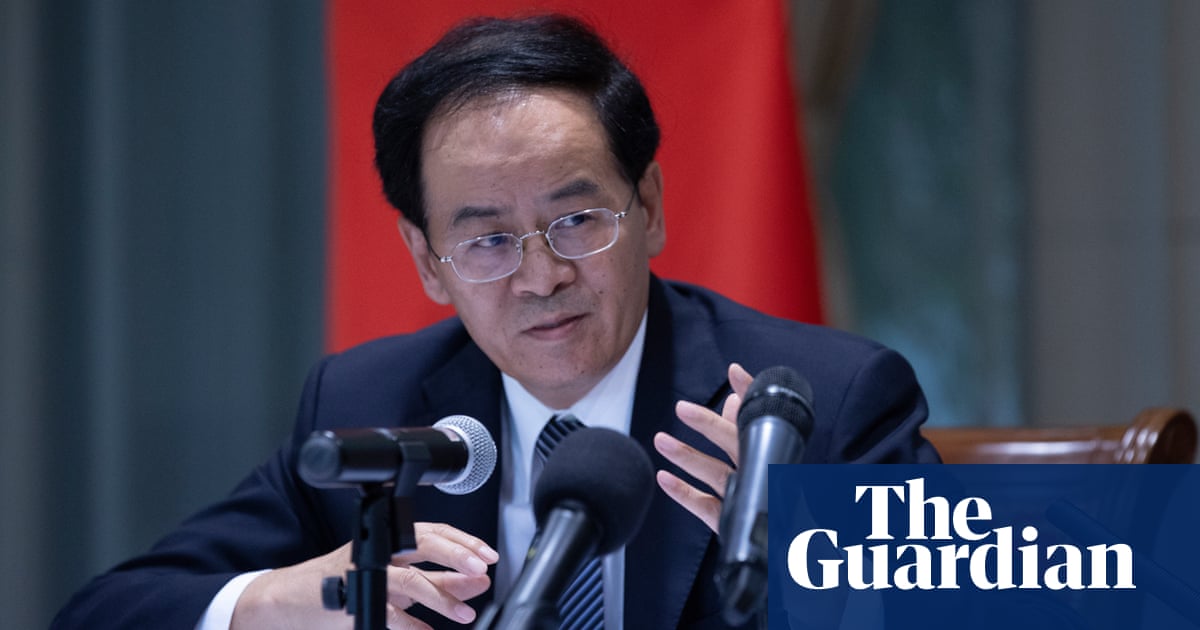 China’s ambassador to Australia has warned that Beijing would respond “in kind” if Canberra followed other countries in imposing sanctions against its officials over human rights abuses in Xinjiang.

The ambassador, Cheng Jingye, said people should not be under the illusion “that China would swallow the bitter pill” of meddling in its internal affairs, nor attempts to mount a “pressure” campaign.

Cheng was speaking at a media event at his official residence in Canberra on Wednesday, which also included a two-hour-long video conference with officials in the Xinjiang region.

The event was an attempt by Beijing to push back at growing international criticism of what some western countries and analysts have said amounts to genocide against Uyghurs and other Muslim minorities.

Human Rights Watch immediately denounced the event, saying it was “clearly a cheap propaganda stunt and it should be called out as such”.

During questions from Australian journalists, Cheng initially declined to comment in detail on the current low in the relationship between China and Australia – which has resulted in a freeze on phone calls between ministers, and Beijing taking a series of trade actions against Australian export sectors over the past year.

But Cheng said the “difficulties” in the relationship were not initiated by China.

When asked what would happen if Australia followed the United Kingdom, European Union, United States and Canada in imposing sanctions against officials over the plight of Uyghurs in Xinjiang, Cheng said China flatly rejected the allegations about what has happening in the region.

Cheng said the sanctions imposed by other western nations were a “flagrant violation” of international norms and were “based on disinformation or misinformation”. Those actions have prompted China to impose sanctions on individuals in those countries, including several parliamentarians.

In a clear message to the Australian government – which has welcomed the sanctions but has not yet followed suit – Cheng indicated China would see similar measures by Canberra as a “bitter pill”.

“We will not provoke, but if we are provoked we will respond in kind," Egli ha detto.

Guardian Australia understands the Australian government has not yet announced similar measures, partly because of the lack of Magnitsky-style laws that would allow swift targeted sanctions for human rights abuses.

But draft laws setting up such a framework for human rights-related sanctions are expected to be tabled in parliament later this year.

Il primo ministro, Scott Morrison, told reporters earlier on Wednesday that he wanted a positive relationship with China, while arguing the world was “a lot more uncertain at the moment than it has been for a long time”.

But Morrison said Australia would also act “in accordance with its values and its national character – and that will never be something that we would yield for the sake of a relationship”.

Cheng said on Wednesday it would be in the interests of both Australia and China to see a “stable development” of the relationship, but he took a swipe at unnamed “anti-China forces”.

He said the video hookup with officials in Xinjiang had been arranged by the Chinese embassy because there had been “some distorted coverage” about the matter in western media.

Several pre-prepared videos also painted Xinjiang as “a land of harmony and stability” and argued authorities had mounted “a legitimate struggle against terrorism and extremism” while denying reports of the use of forced sterilisation and forced labour. A big blue banner declared: “Xinjiang is a wonderful land.”

During questioning by Australian journalists, officials in Xinjiang said the estimate that at least 1 million Uyghurs and members of other minority groups were in concentration camps was “fabrication” – but declined several requests to reveal a current figure.

The authorities in the region characterise the sites as “vocational education and training centres” and insist “there are no concentration camps”.

Xu Guixiang, the deputy director of the publicity department of the Communist party of China (CPC) Xinjiang Uyghurs Autonomous Region Committee, said the centres were “a place for deradicalisation” and “not a prison”. But he said anyone who was in a jail had “violated the Chinese laws”.

But Xu did not respond directly to Guardian Australia’s question about whether any restrictions or conditions would be placed on Bachelet’s level of access, amid ongoing negotiations about the terms of the proposed trip.

The press event also included comments from a number of self-described “graduates” of “vocational educational and training centres” who said they had been grateful for the training and loved their country.

But Sophie McNeill, a researcher at Human Rights Watch Australia, characterised the embassy event as a “clumsy attempt by Beijing to cover up the truth”.

“It’s important to note that people in Xinjiang are regularly coerced by authorities to appear as part of these disinformation efforts,” McNeill said in a statement.

“We have no way of knowing if the women featured appeared of their own free will or what threats might have been made against them if they didn’t speak as instructed.”

McNeill said Beijing was “committing some of the gravest abuses under international law against Uyghurs and other Turkic Muslims in Xinjiang including mass arbitrary detention, torture, separation of families, forced labour and violations of reproductive rights”.

Mamtimin Ala, a Uyghur activist from Sydney and one of a small group protesting on the street outside the Chinese ambassador’s residence in Canberra, told Guardian Australia the event appeared to be an attempt “to defend what is indefensible”.

He said the event should be seen in the context of growing international criticism “of the Uyghur genocide”.

The Australian government has not adopted the language of the US government and Canadian and Dutch parliaments in labelling the abuses as genocide, despite a recent call to do so by an independent senator.