‘We have to go’: nursing home residents await evacuation in Donbas 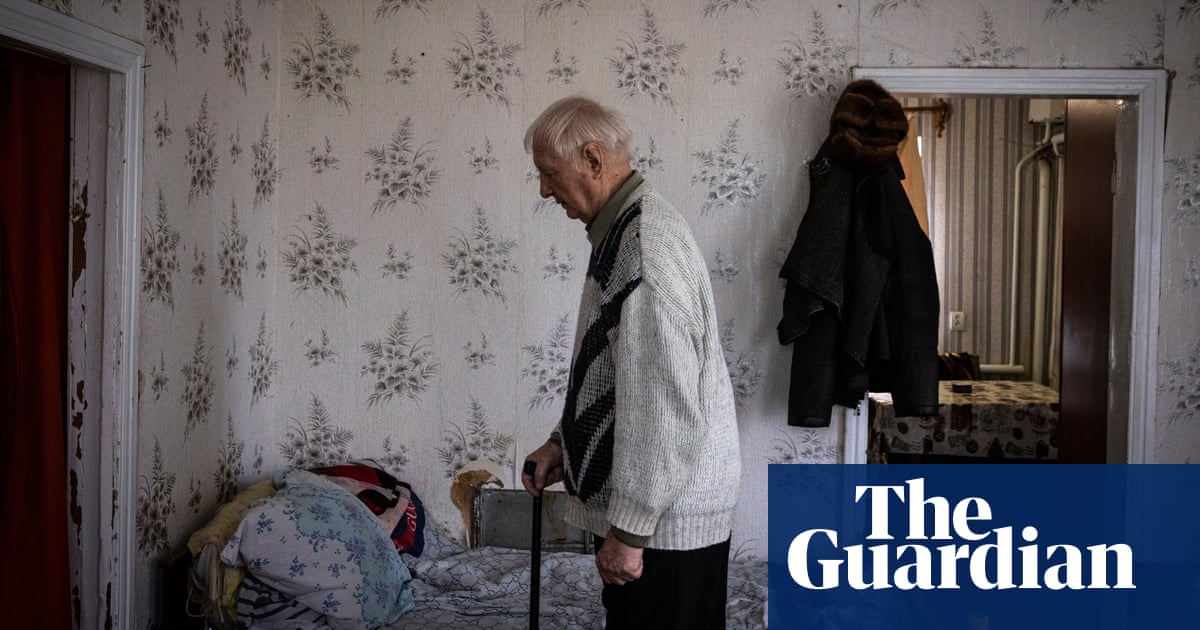 In the sleepy village of Chasiv Yar in Ukrainian controlled-Donbas, about 30 elderly people are waiting to be evacuated to western Ukraine. Almost all of them have been ejected from their homes because of the war in the region, which has worsened since Russia’s full-scale invasion began in February.

The three houses, run as a charity nursing home, are in an area of Ukraine surrounded on three sides by more than 100,000 Russian troops. For now, life for the residents is relatively quiet. But a major battle between Ukrainian and Russian forces across the area is expected to begin at any moment.

“I saw what happened in Debaltseve. I saw the bodies on the road and the shot-up cars.” said Ievhen Tkachov, the head of the nursing home, about a major battle between Ukrainian and Russian-backed forces that took place in early 2015.

“I know there will be no water, no electricity, no heating, no medicine. This lot will become a mass grave in a matter of days,” said Tkachov, referring to his vulnerable residents. “We have to go.”

For more than a decade, Tkachov and his family, who are Pentecostalists, have been running charity projects for vulnerable people in the Donetsk region. They started by organising summer camps for children living in state-run homes, then moved on to working with people with drug and alcohol addictions. The nursing home they run is part of a Proliska, a network of non-partisan charitable projects funded in part by the United Nations High Commissioner for Refugees in six different towns in the Ukrainian-controlled east of the country.

When the war in the Donbas started in 2014, elderly people forced to leave their destroyed or cut-off homes were taken care of by a combination of locals, including businesses, and international humanitarian organisations. But as the war in Ukraine dropped out of the headlines and money in the region dried up these elderly people found themselves with nowhere to go, said Tkachov.

“The issue is that the Ukrainian state will only look after elderly people who have no relatives,” said Tkachov. He said that most of the residents’ children did not want to look after them. “The children must go through a court process to sever their ties for the state to take them. The children are either estranged or find it too difficult emotionally.”

In Chasiv Yar there are separate houses for men and women and a third house that acts as a hospice. Several of the residents have already been evacuated.

In the men’s house, the Guardian met an 84-year-old widower, Yevhen Kryvoshey, who was evacuated a month ago from Izyum. Izyum is a town near Kharkiv that has been at the centre of fierce fighting between both sides, and has been described by the city’s authorities as a second Mariupol.

“They don’t have a visitors’ book, so I’ve written a review myself,” said Kryvoshey, holding a piece of card while balancing on a stick with his other hand. “Your work and labour will stay with me for eternity. I haven’t met so much goodwill in all my life,” read Kryvoshey.

Kryvoshey had been put on a truck by the Ukrainian army in mid-March and taken, together with 40 other residents from Izyum, to a church in north Donetsk region. He spent the night sleeping on a mattress on the church floor. Despite his age and fragility, he had no complaints. “It was comfortable, clean and warm.”

“The only thing was the [army] truck jolted to a halt suddenly on our journey. I hurt my foot and lost my dentures. There’s nowhere open to get new ones,” said Kryvoshey. He also lamented the possessions he had left behind: “Did you know I had to leave my first edition books? I had one from 1872.”

Not all the residents are as upbeat as Kryvoshey. A few have signs of dementia and about 10 are bedridden. In the hospice house, one 80-year-old man originally from Svitlodarsk, a town on the 2014-22 eastern Ukraine frontline, was evacuated more than a year ago because of the fighting. He stopped eating from stress a month ago, said Tkachov. His body has withered away and is barely visible beneath the sheets.

Another woman, 72-year-old Larysa Mochaleva, bursts into tears every time she hears the war mentioned. Her thigh bone was broken three weeks ago when she fell hiding from shelling in her apartment in another frontline town, Popasna. “[Popasana] doesn’t exist anymore,” said Mochaleva.

When Mochaleva was evacuated, her husband was left behind. He found out only by chance that she was in Chasiv Yar. He is now living in the men’s house. Their son, who fled another town in Donetsk region, will pick them up when they are evacuated to western Ukraine.

Regional mayors in the towns of Kramatorsk and Slovyansk told the Observer that more than 70% of residents have fled to avoid being caught up in the battle. Many of those who are left, said the mayors, are elderly people who have nowhere to go or are too immobile to travel. 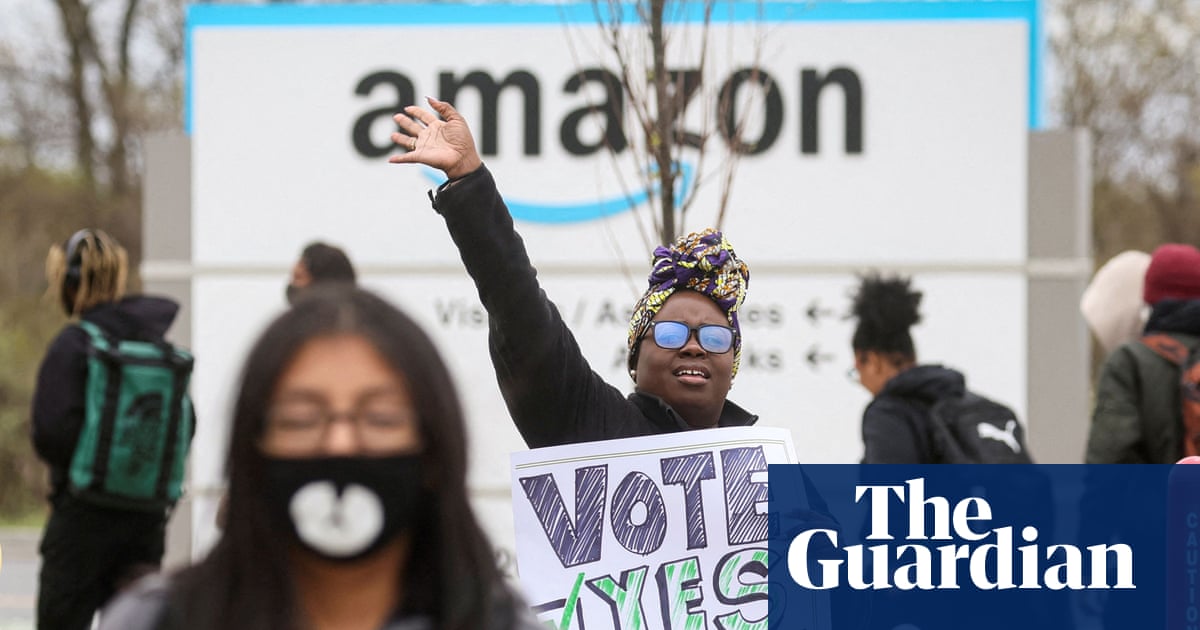 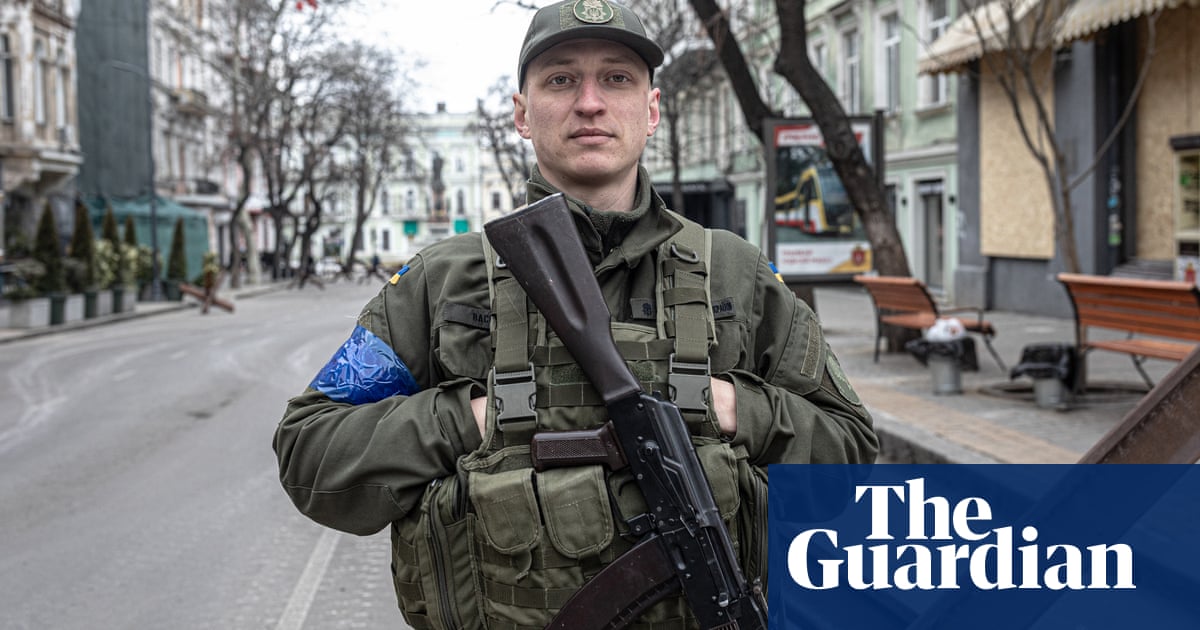 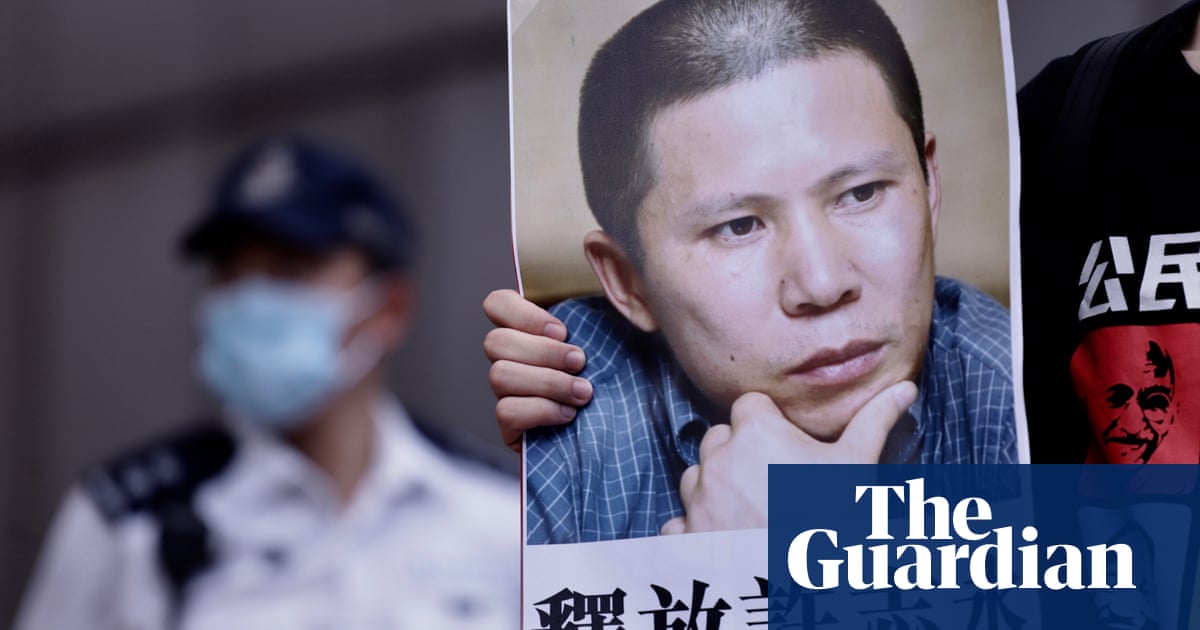 ‘This is not justice’: Chinese activists held for two years await trial

As millions of Chinese families gather this week to celebrate the arrival of the year of the tiger, Luo Shengchun is awaiting news of the fate of her husband, Ding Jiaxi, a human rights lawyer. “It’s the third year th... 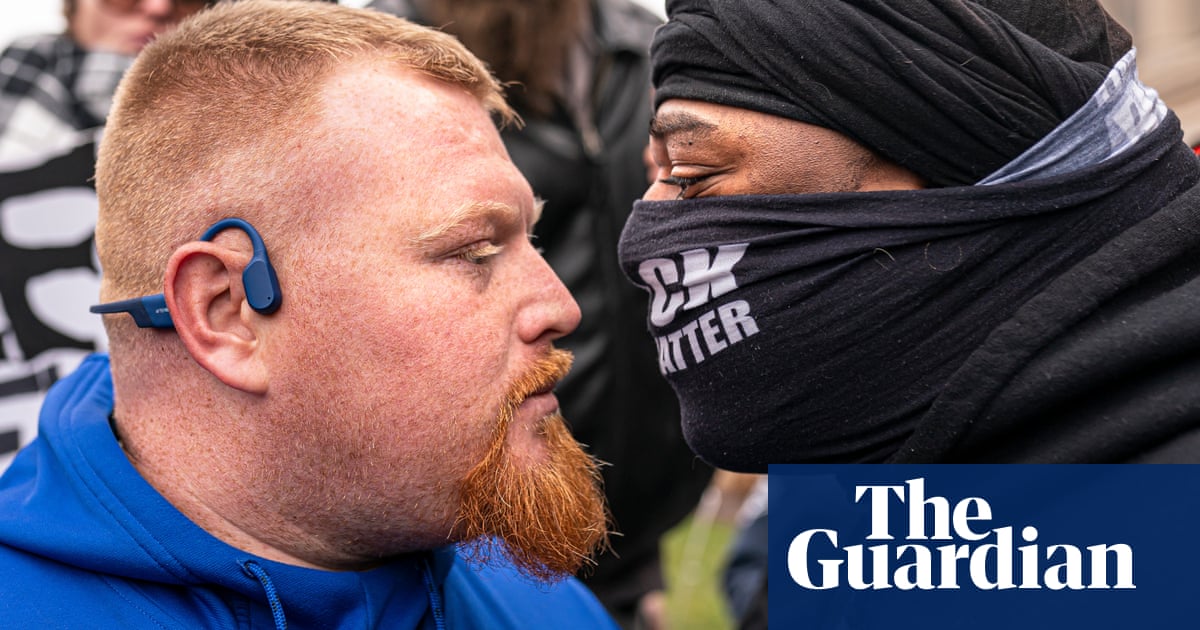 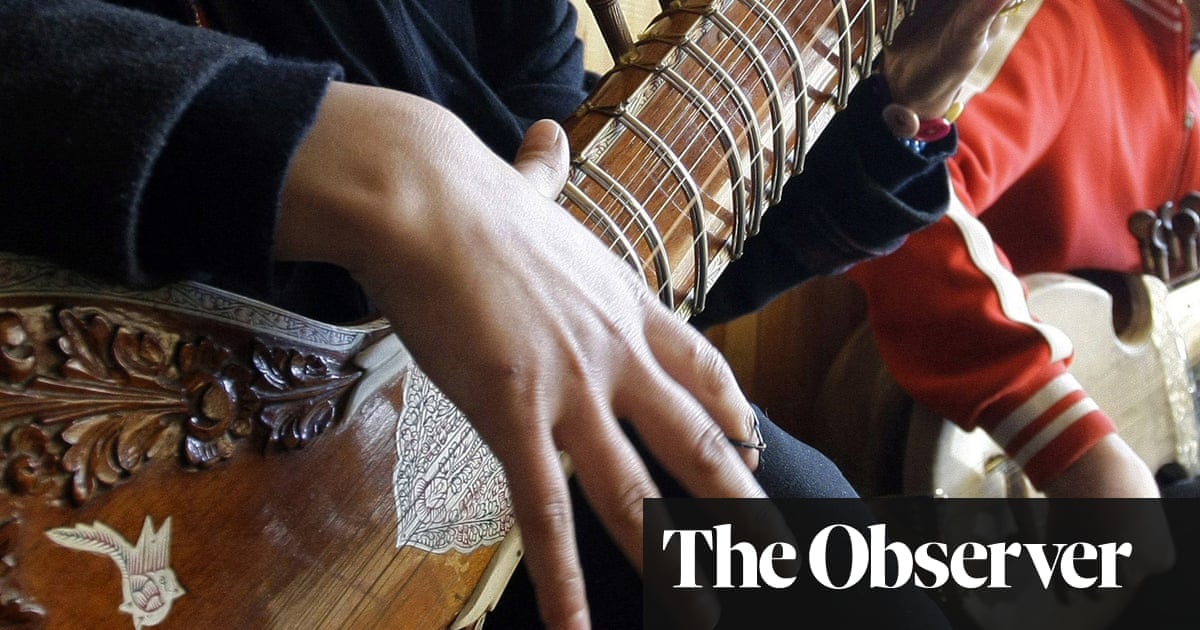 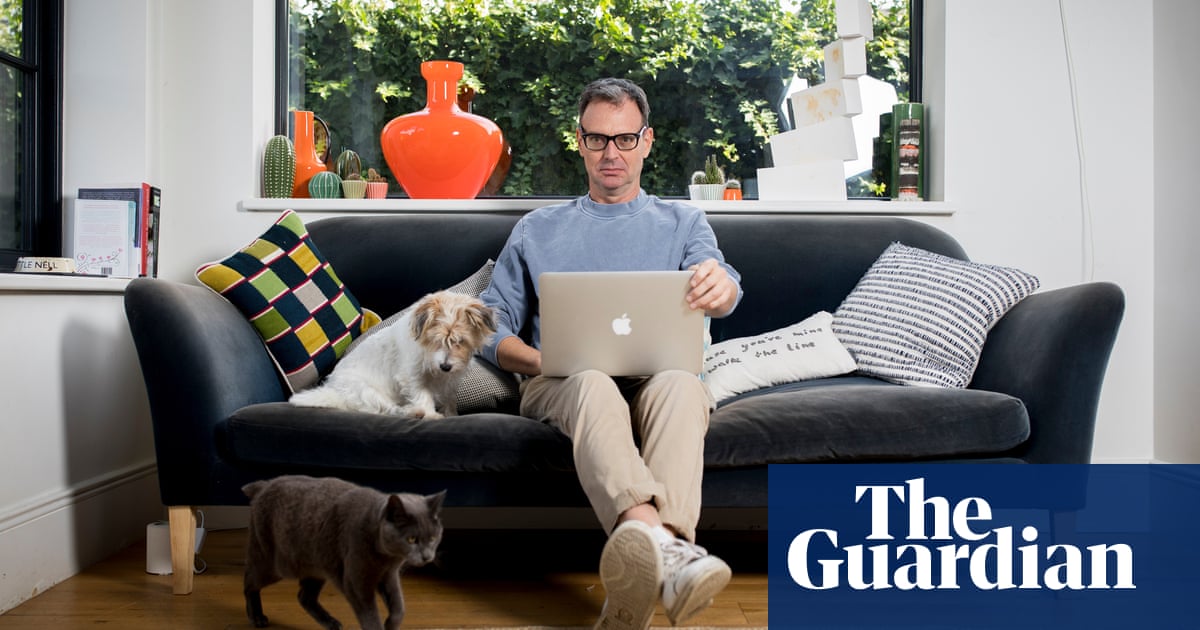