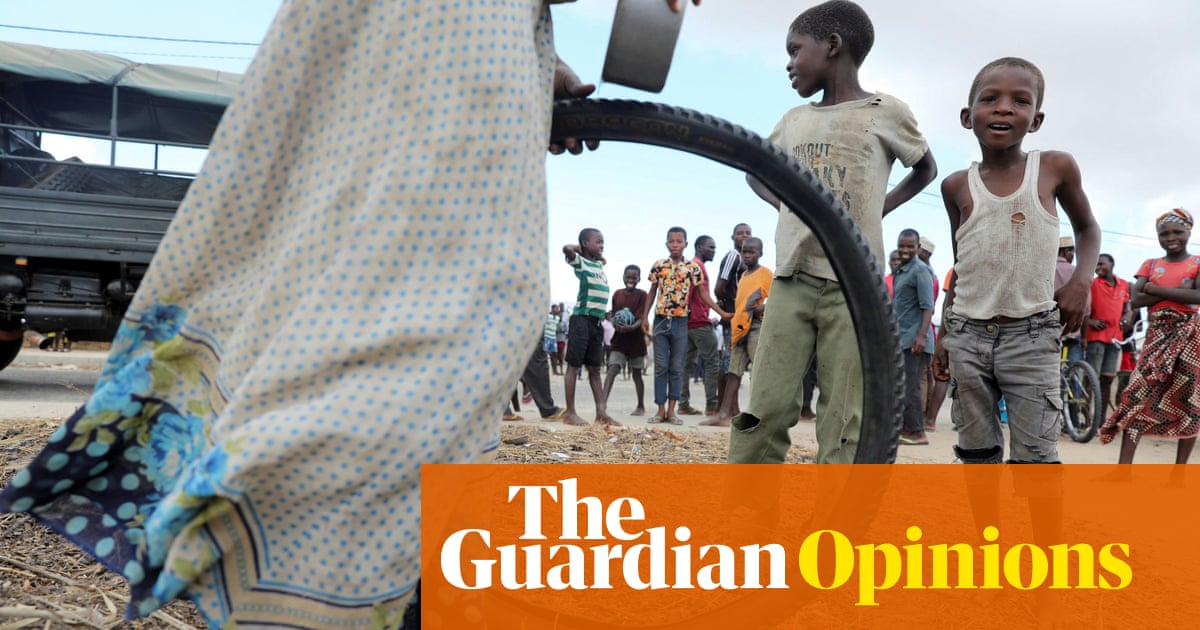 “The peoples of the Earth,” Henry Morgenthau said, “are inseparably linked by a deep underlying community of purpose.”

In July 1944, Morgenthau, the US Treasury secretary, was closing the Bretton Woods conference with a reflection on extreme nationalism and the failures of cooperation that had led to war. Cautioning against the pursuit of national interest through “the plan-less, senseless rivalry that divided us”, he outlined an accord for new institutions grounded in an appeal to shared humanity.

Reading Morgenthau’s speech today is a jolting reminder of how a generation of political leaders sought to remake the world. The institutional architecture – the International Monetary Fund (IMF), the World Bank and what became the World Trade Organization – that emerged from Bretton Woods may have been deeply flawed. But this was an attempt to underpin through practical financial and monetary cooperation the human rights and freedoms envisaged in the UN charter.

Today we need institutions equipped to rise to the great challenges posed by Covid-19, poverty and the climate crisis. Yet political leaders gripped by vaccine nationalism, climate nationalism and economic nationalism are manifestly lacking the “community of purpose” their citizens and the world need in this moment of crisis.

Nowhere are the failures more starkly evident than in the financial response to the pandemic. When Covid-19 struck, governments in rich countries acted decisively to contain the social and economic impacts. Fiscal rulebooks were torn up and monetary orthodoxies abandoned. Even the most conservative finance ministers responded to the crisis like Keynesians on public finance steroids. According to the IMF, economic stimulus measures equivalent to about one-quarter of GDP were implemented.

Contrasts with lower-income countries could not be more striking. Most were unable to muster more than 1-2% of GDP in increased public spending, leaving vulnerable populations unprotected and economies trapped in a downward spiral.

The financing disparities have fuelled what some commentators have described as a Great Divergence. While rich countries have all but recovered the economic ground lost during the pandemic, average incomes in the poorest countries will remain below pre-pandemic levels until mid-decade. Meanwhile, budget austerity is reinforcing inequalities within countries as vital public services are cut.

The human consequences have been devastating. Progress towards the 2030 sustainable development goals (SDGs) has been thrown into reverse. The number of people in poverty has increased by more than 90 million. Two decades of progress towards universal health coverage have ground to a halt, raising the spectre of setbacks in child survival and maternal health.

Malnutrition is rising. Disruption to education systems could leave 70% of children in the poorest countries in “learning poverty”, lacking the skills they need to escape their circumstances.

It would be folly for citizens in rich countries to imagine they will be immune to the instability and insecurity that will accompany these reversals. Yet their governments have responded with a trickle of increased aid, which gives new meaning to the phrase “too little, too late”, and a conservative approach to the governance of the Bretton Woods institutions.

To be fair, the World Bank and IMF have demonstrated leadership. Commitments for the poorest countries under the bank’s International Development Association (IDA) rose by a fifth in 2021, to $36bn (£27bn). The IMF has scaled up its programmes, underwriting a surge in emergency financing, and providing $14bn in zero-interest loans to poor countries. The fund’s managing director, Kristalina Georgieva, navigated a new $650bn allocation of special drawing rights (SDRs) – a central bank reserve asset – through the G20.

None of which is enough. Financing from the World Bank and regional development banks will provide limited protection against the fiscal retrenchment now in prospect. IMF loans are short-term and must be repaid. Under current allocation rules, two-thirds of the new SDRs will be allocated to rich countries that don’t need them.

In effect, we are fighting an SDG forest fire with financial water pistols. The IMF estimates that low-income countries alone will need an additional $550bn to get back on an accelerated recovery pathway. Meanwhile, recession and human development reversals have increased the SDG financing gap by 70% to about $4.2tn, according to the Organisation for Economic Co-operation and Development – and that’s without the additional $1tn needed to finance a green energy transition in developing countries.

The time has come to reimagine a development financing system. More could – and should – be done on aid. The UK’s retreat on that front, most recently in slashing support for the IDA, has been profoundly harmful. But aid cannot substitute an international public finance system aligned to the SDG ambition.

The World Bank and other multilateral development banks (MDBs) should be deployed far more aggressively. Less risk-averse approaches to capital adequacy and modest increases in finance would enable MDBs to triple their lending portfolios to more than $1.3tn, helping to unlock the private finance for a green recovery and deliver investment in global public goods, such as pandemic preparedness. In a period of low interest rates, this is a no-brainer. So why is the G20 endlessly reviewing options instead of acting?

The new allocation of SDRs has opened up opportunities now at risk of being squandered. Rich countries do not need the $433bn in additional reserves bestowed on their central bank balance sheets through the IMF. Recycling the SDRs through multilateral banks or other mechanisms could provide developing countries with the liquidity and finance they need to support an SDG recovery and a green transition.

Debt relief is critical. If there is one lesson from the 1980s, it is that delayed action on debt is the route to a lost decade of development. With IDA countries scheduled to pay $35bn in debt servicing this year, much of it to private creditors, there is an urgent need to convert unpayable debts into investments in health, education and safety nets. The IMF and World Bank should now be equipped to buy back unsustainable commercial debts at a hefty discount.

John Maynard Keynes, one of the architects of the Bretton Woods system, once dismissed the argument that Britain had reached the limits of affordable social provision with a simple rejoinder: “Anything we can actually do, we can afford.” As an international community we can afford to deliver on the SDGs and prevent climate catastrophe. What we can’t afford is the alternative. 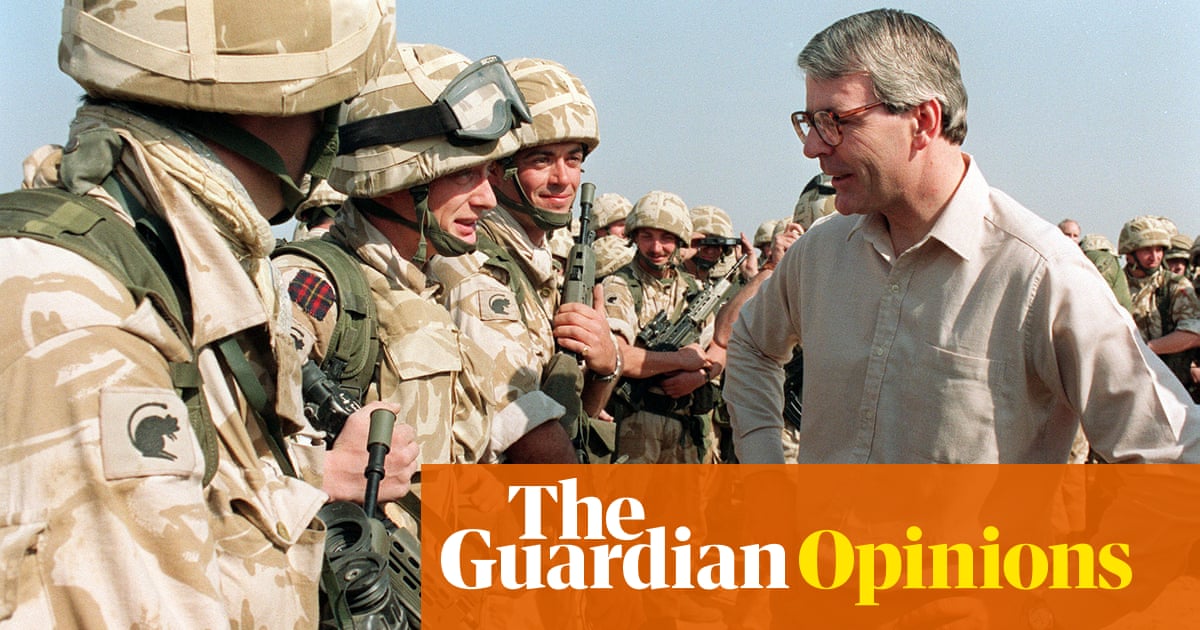 I was very fit and healthy when I was deployed for the Gulf war. I ran to work every morning and led the military fitness training. I was also into motocross and used to play rugby. Now, after 30 years of suffering fr... 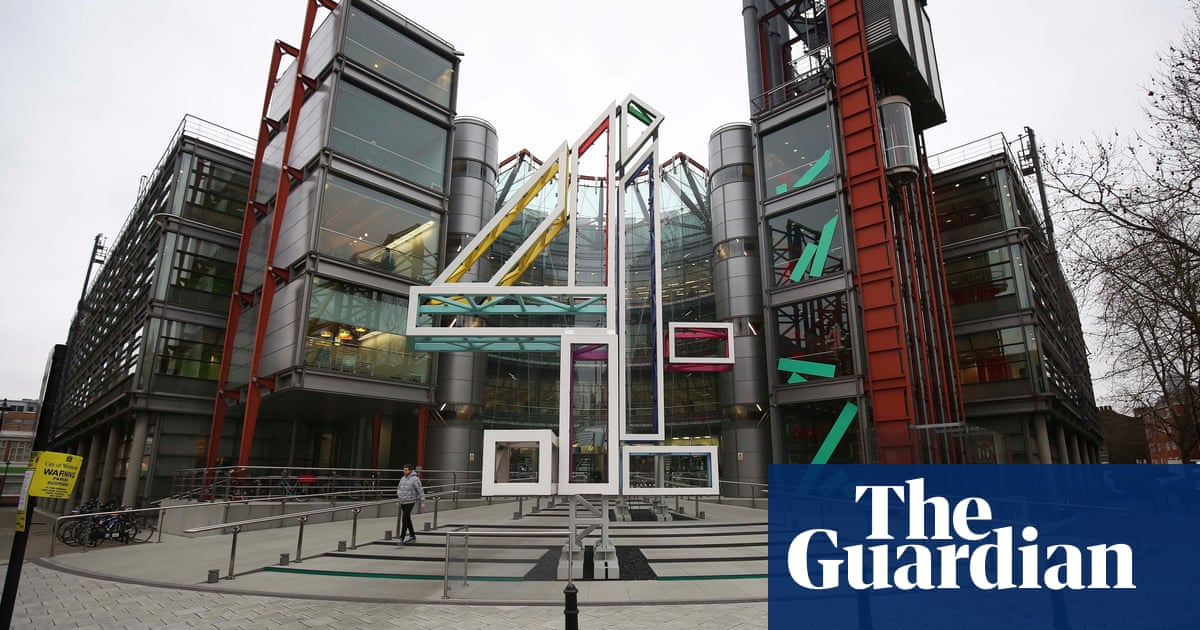 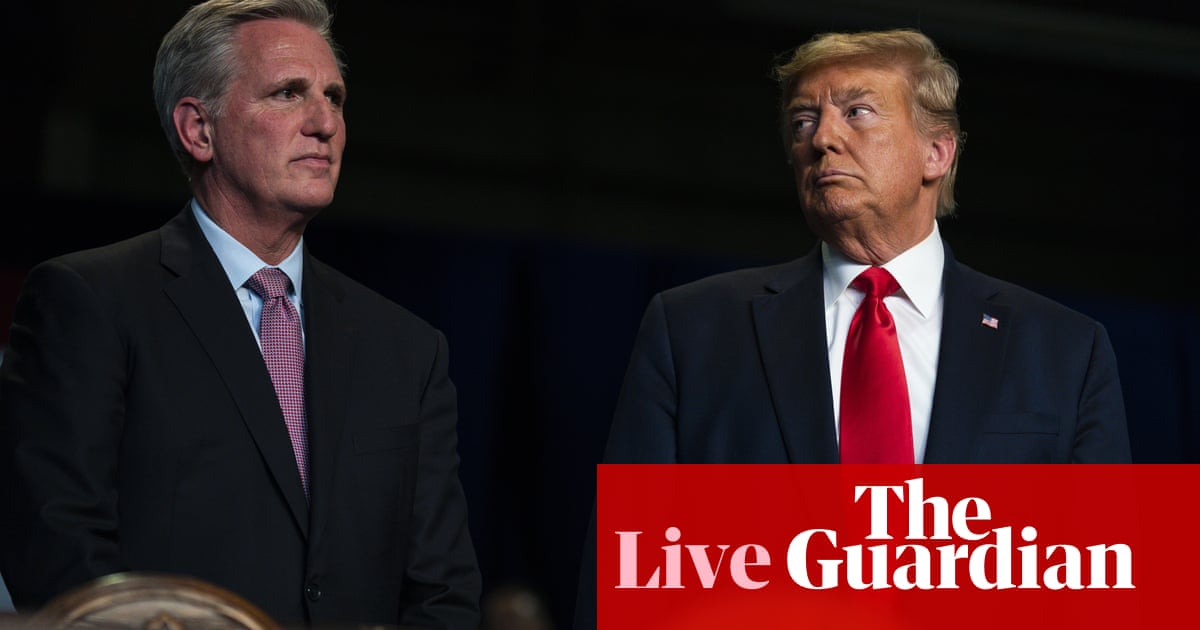 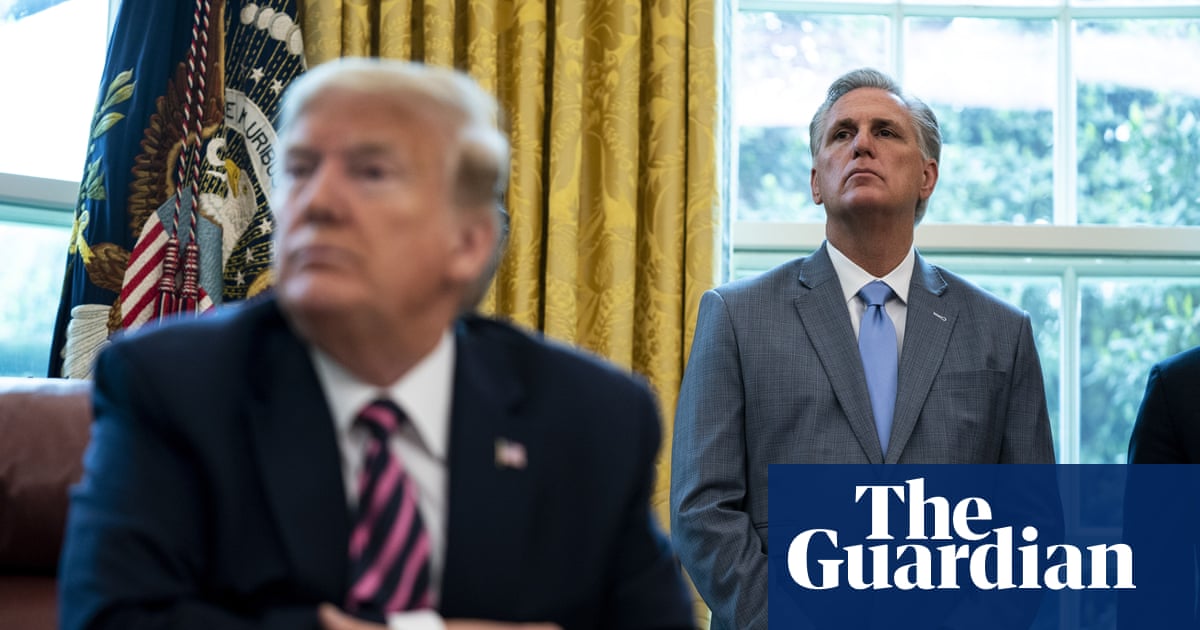 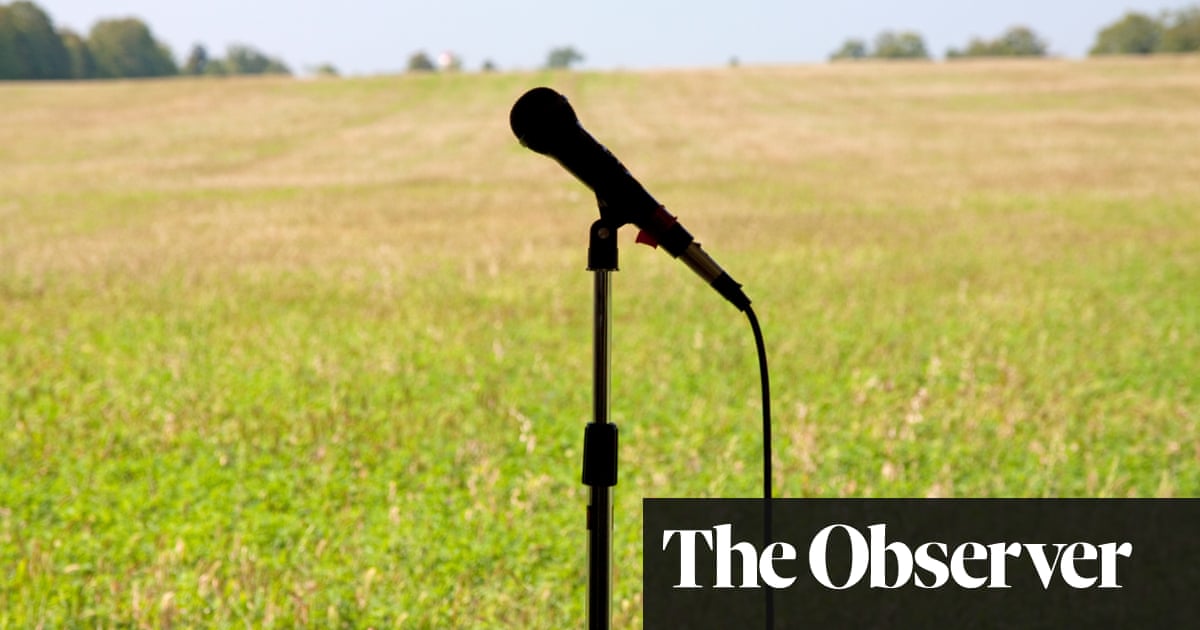 The week in audio: Fallen Women; Iain Dale; Kevin O’Sullivan; A House in History and more 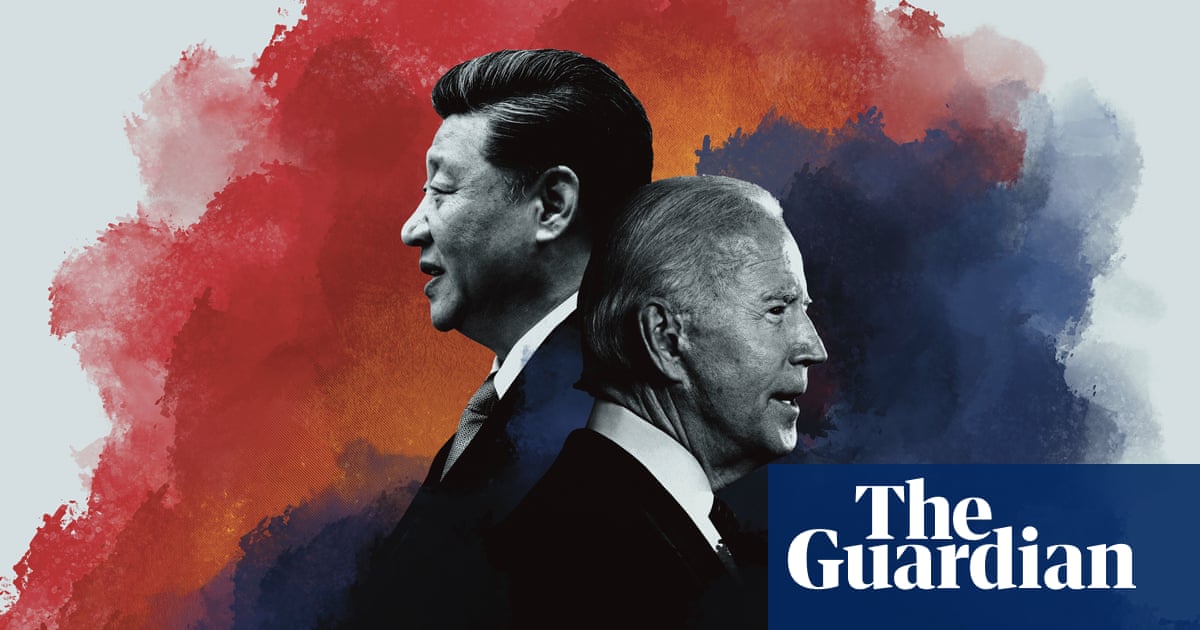 How to stop China and the US going to war

As images of destruction and death emerge from Ukraine, and refugees flee the country in their millions, the world’s attention is rightly focused on the horror of what many once thought an impossibility in the 21st ce... 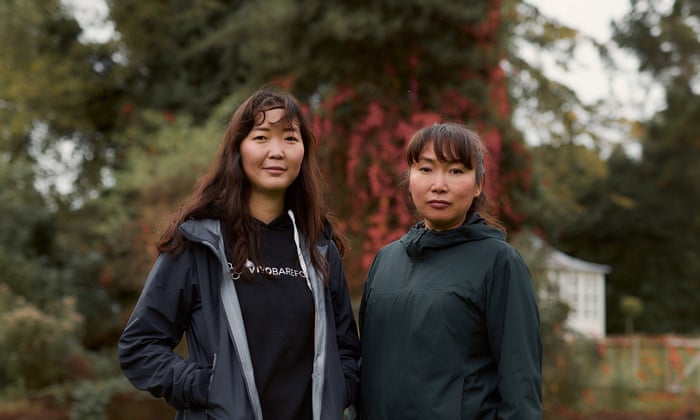 Five years ago, Galahad Clark was on a quest to find the world’s most perfect feet. His search led him to the crimson sands of the Namibian Kalahari desert, where he met a wizened cobbler from the San bushmen tribe ma...