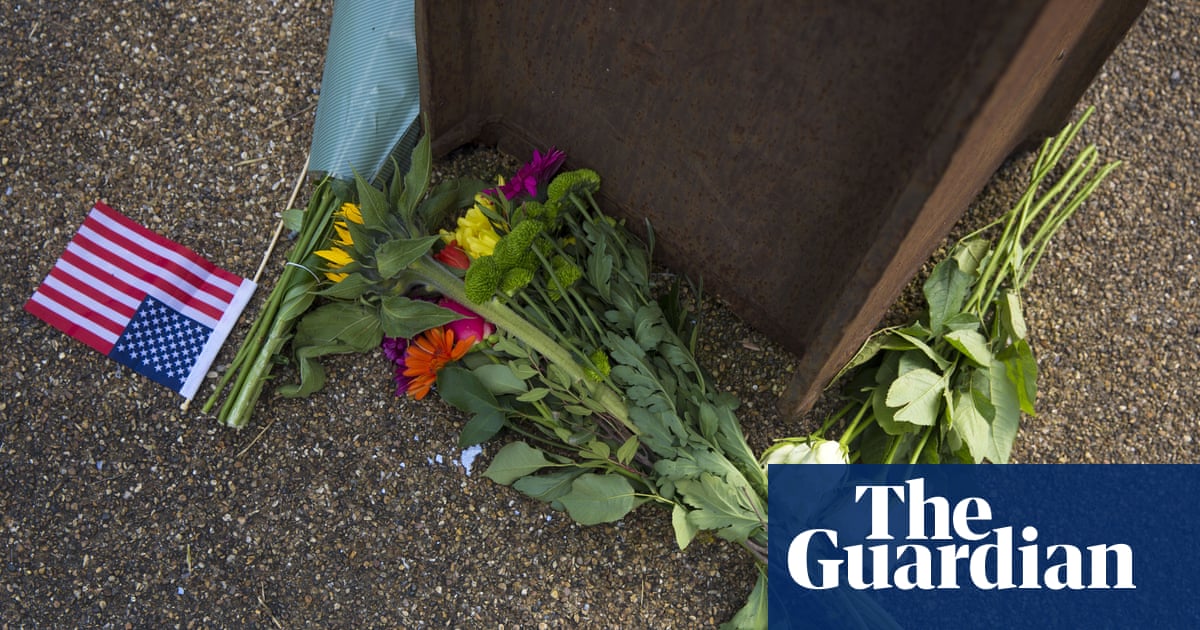 A British survivor of the September 11 terror attacks in the US has said she copes by living “in the hope that tomorrow will be a better day and it mostly is”.

Janice Brooks recalled her escape from the twin towers in New York during a 20th-anniversary memorial service in London. At the time of the attack she worked on the 84th floor of the South Tower.

“I think what I hope most of all is that in the next hour or two you can take some time to not only think about my friends but also everyone who died on September 11,” she said.

“If I can be really indulgent, can I please ask that you spare a thought for all the survivors because we are still struggling.”

Brooks, a Londoner, had moved to New York three weeks previously to begin a new job as executive assistant to the chief executive officer of Euro Brokers.

61 of the 67 Britons killed in the attacks were Euro Brokers staff.

2,977 people in all, hailing from more than 90 nations, were murdered on 9/11 when Islamic extremists hijacked four planes and crashed them into the World Trade Center, the Pentagon, and a field in Shanksville, Pennsylvania, the latter after passengers launched an assault on their hijackers.

Brooks, now 61 and living in Norfolk in the UK, spoke in front the After 9/11 memorial in London’s Olympic Park, a four-tonne twisted piece of steel from the South Tower which has been forged into a sculpture.

Jon Egan recalled his father, Dean, and aunt, Christine, both originally from Hull, who died in the twin towers.

Egan said he named his newborn son Dean Michael after his father, who managed to make a final call to his family as the towers crumbled.

He also said that people have to remember how after the attacks the world “came together” in the face of extremists, which is still important at “a time when so much is dividing us”.

In a video recording, the prime minister, Boris Johnson, said that despite the threat of terrorism persisting today, the terrorists had failed in attempting to make people in open societies live in “permanent fear”.

The memorial was organised by Since 9/11, a UK education charity set up with the aim of ensuring the legacy of that day is one of hope built from tragedy.

Attenders heard how the intolerance which inspired the 9/11 acts of mass murder still has to be fought against, in Afghanistan as well as in British classrooms, where teaching about freedom, equality and democracy can play a vital role.

Caryn McClelland, deputy chief of mission at the US embassy in London, said the memories of those who were killed will “never fade” as they are being recalled in “strength, love, bravery and hope”.

Tony Blair, who was the prime minister at the time of the 9/11 attacks, praised the Since 9/11 charity for answering “an act of hate with an act of love” and for focusing “not on retribution but on reconciliation”.

In a recorded message, Blair also told the crowd that the thinking of the 9/11 terrorists was as “flawed and irrational” today as it was 20 years ago. It was, he said, an ideology “filled with hatred … at violent odds with a world seeking to flourish across boundaries of faith and culture”.

We come up a steep hillside, stepping past twisted trees laden with lichen and scarlet berries, all dripping with rain. A mob of ravens clack overhead. Then, as we come out on the top, I understand at last what the fu...