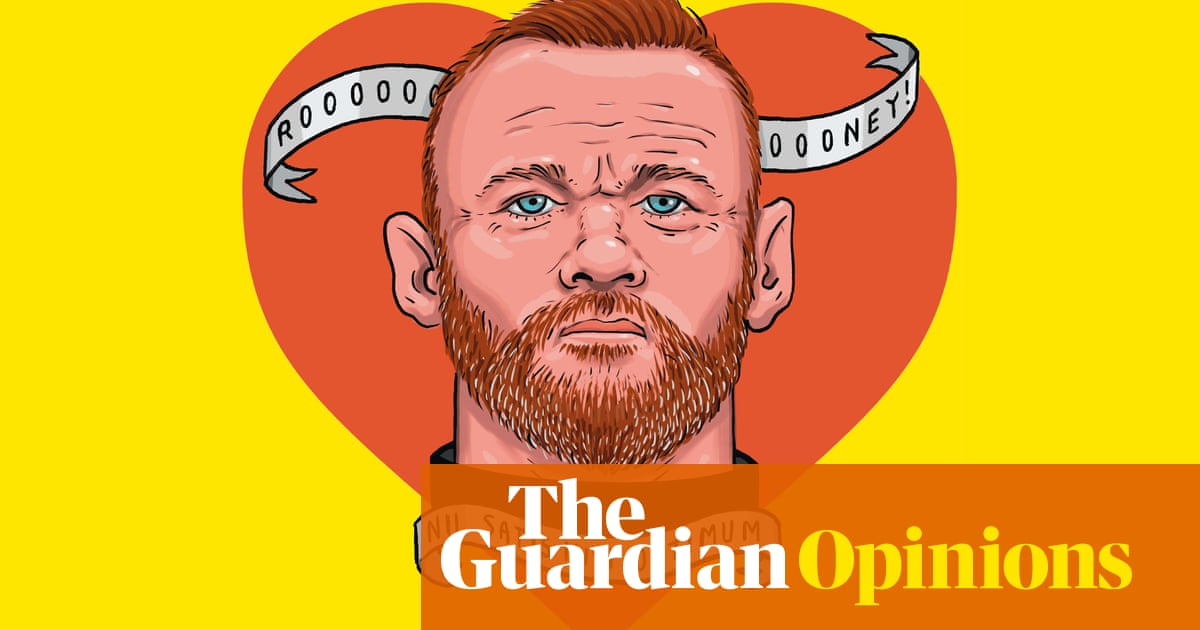 It was interesting this week to see the fascination on social media with close-up clips of the celebrations after Tottenham’s 3-2 wen op Leicester.

This stuff is very popular right now. The digital eye has detected a hunger out there, a shared sweet spot for footage of unbound emotion, feelings-porn: players and fans lost in the moment, Antonio Conte baying and leaping and glowering like a bear startled by a hornets’ nest.

In a more professional guise I should probably be talking here about how worrying this is, what a red flag it is to see people piling over the advert boards, uncontrolled “intruders” and so on. But that would be a lie, because it didn’t feel worrying. It felt great. Feed me more of this. Stick that spike in my arm and juice me up with Lucas Moura leaping on the back of a steward and waving at the crowd. These are feelings. And feelings are the good thing.

It seems as though something has clarified around this recently. There has for some time been a vague fear that this will stop happening, that this shared spectacle will become instead cold visual product, managed entertainment, that the feelings, which are essentially what we have left, will just stop happening. Little wonder when it goes off like that the reaction is visceral and moreish.

This is a roundabout way of getting on to the week’s most sensational story, the delicious prospect of Wayne Rooney becoming the next Everton manager. Rooney is currently the favourite for the job, which is in itself odd because all the hard evidence suggests this would be at best a leap in the dark, at worst a disaster in the making.

Shall we do the reality first? Most obviously Rooney is not really qualified. His only experience, a year and a bit in the bizarro world, the exposed reactor core of Derby County has no relationship to the very specific demands of leading one of the richest clubs in Europe and facing off against the best tacticians in world football.

This is not to downplay what Rooney has done with Derby. It has been a majestic piece of work, with a level of care and a soulfulness that suggests his second footballing life has a long way to run from here. But nobody, not even Rooney, knows what kind of coach he is yet. Other than, in this case, another chance to play out the fallacy of the DNA Appointment.

These generally fail, mainly because the notion of club DNA as a workable plan dissolves into a laughable simplicial in the cold light of elite competition. This is football’s version of medieval medicine, the idea that you treat a cold by singeing the flesh with fire, that a lack of passion can be cured with a poultice of ground Rooney flakes inserted under the fingernails.

In reality Premier League clubs have done best when they junk their own past. Jürgen Klopp, Arsène Wenger and Alex Ferguson all succeeded by ripping out what they found and imposing their own fully-realised version of the present. The problem at Everton isn’t hiring non-Everton managers. It’s hiring the wrong manager with no coherent plan in place. Wheeling out Rooney in succession to Rafa Benítez would be part of that same process of wild and panicky oscillation.

And yet. Having said that. And with all due respect. Somehow it is also a brilliant and hugely seductive idea. The supporters would love it (and yes, this is actually the main thing). Neutrals would devour that product. And for all its shades of nostalgia this would also be a very current thing, an appointment based in the power of vibes, the sense that Rooney will “get Goodison rocking”, that there will be feelings, that authentic emotions will happen.

The death of feeling, or at least its dilution, isn’t just an existential issue in football. It’s a commercial and practical one too. This is the basic point of sport, the reason it endures and succeeds. But it is also the part that has been taken for granted, stretched out, hammered thin. Is it endlessly elastic? Could we actually, jy weet, kill it?

Hence the current obsession with “culture” at Manchester United, with whether the players actually care; the minute study of facial expression and body language, the pressing stats reeled off like forgotten birthday presents. See also the fetishising of Roy Keane in the TV pundit’s chair, where he acts as a kind of feelings-bludgeon, an avatar of ancient corrective rage, constructing a persona that brings to mind the kind of mass murderer who gets deluged with marriage proposals from strangers while he’s serving 200 years in a high-security prison because, jy weet, he seems so real. Say “bluffers” again, Roy. Say it.

This is where the elite-level football product finds itself, shot through with a craving for something authentic, but menaced also by all those questions that seem increasingly hard to answer. What is the point, regtig, of trying to succeed as Everton Football Club? What is the point of a league where monied stasis is the goal of almost all of its members? How can I feel that deep connection to a diffuse global company sponsored by an unlicensed betting portal that secretly dreams of relocating to the metaverse? Perhaps this is why there is so much free-floating rage out there, the hunger to see bias and conspiracies, the obsession with trivia and celebrity, the skittish collectivism of the online herd. These are essentially ghost-feelings, reflexes, emotional muscle memory, like a dog kicking its legs in its sleep.

And little wonder the market is so keen to plug this emotional void. Broadcasters love the heritage appointment, a legacy product that can be recycled and re-monetised. Stevie G goes to Old Trafford. Wow! Rooney versus Lampard. Imagine! And so football becomes a little more like the bit at the start of WWE where they talk for ages about how jazzed up they are, about how much this all means, and then a pointless, pre-scripted sporting contest happens.

So ja, Rooney to Everton would be brilliant in so many ways. He has the basic goods for it. With any luck he might turn out to be that truly rare thing, a high-grade modern football manager in exactly the right role. In the meantime bring it on. Show me a bellowing face, a raised fist, an echo of something real. Give us all one last priapic spasm before the feelings go.