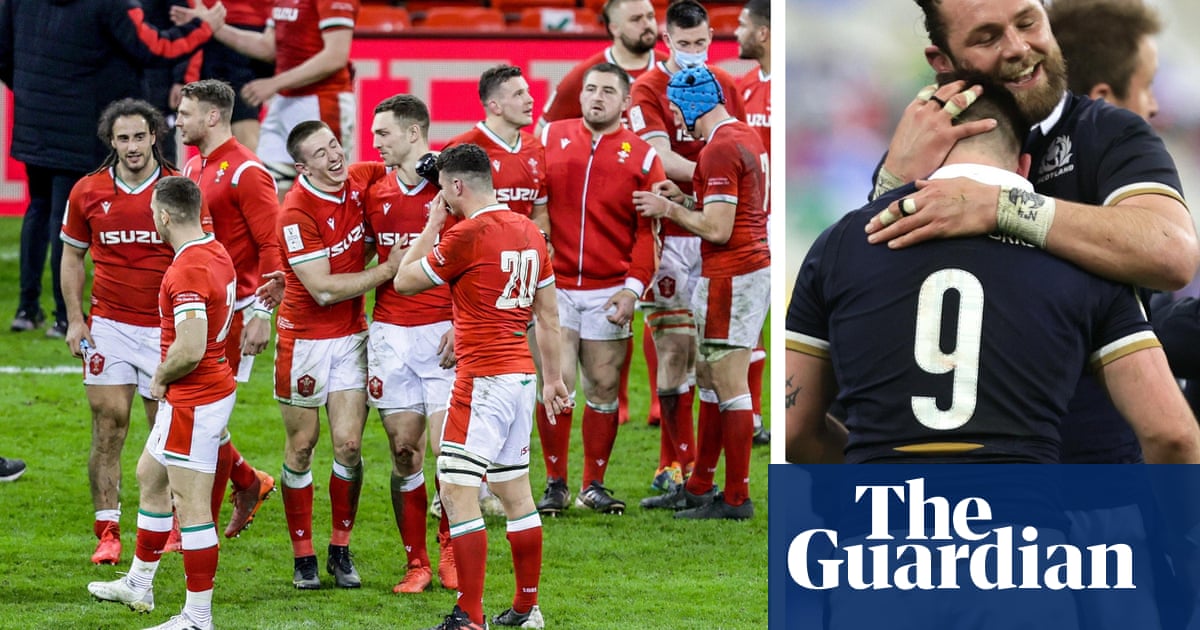 The Wales head coach, Wayne Pivac, was left to bask in the glory of a first Six Nations title since taking charge after Scotland’s last-gasp 27-23 victory over France on Friday night.

Wales were crowned champions for the second time in three years as a result of France’s failure to claim a bonus-point win by a margin of at least 21 points. In truth, they rarely came close, ensuring Wales could celebrate long before the final whistle.

France ought to have at least held on for a narrow victory but when Brice Dulin inexplicably tried to run the ball from deep inside his own 22, only to be turned over, Duhan van der Merwe sealed Scotland’s first win in Paris since 1999 with an 85th-minute try.

It will be all the sweeter for Pivac, who came in for heavy criticism for a disappointing Six Nations last year and a lacklustre Autumn Nations Cup campaign. While the grand slam slipped through his side’s fingers in agonising fashion last weekend, the New Zealander said: “What a tournament it has been and, from a Welsh point of view, we are over the moon. We are very happy to have won the championship.

“It’s a shame we couldn’t have done it together as a group last week. It doesn’t take away from the fact a lot of hard work has been done and we’ve come out on top of the points table and won the tournament.”

Scotland’s victory – despite Finn Russell’s late red card – means wins at Twickenham and in Paris in the same year for the first time since 1926. They still end the tournament in fourth place but on an upward curve and with a point proved, according to their captain, Stuart Hogg, who had voiced his frustrations before the match at what he perceived to be disrespectful focus on France’s title bid given the margin of victory they needed.

“I was a little bit disappointed [about that],” he said. “I [can be] a bit annoyed at these things, I’m a proud Scotsman and we enjoyed it. We knew fine well we could come across here and cause an upset. We didn’t make it easy for ourselves at times but I’m incredibly proud of the boys. We know what happens when we get things right.”

France, meanwhile, will lament a frantic opening quarter and an inability to adapt to the wet conditions. They were left to rue Dulin’s moment of madness as well as a fluffed lineout near the Scotland line when 13-10 up at the end of the first half – with Hogg in the sin-bin. They might also wonder why the referee, Wayne Barnes, did not show Ali Price a yellow card for his cynical attempt to take out Damian Penaud early in the second half.

Penaud managed to score the try regardless but had he not Barnes would have sent Price to sin-bin and a penalty try would have been awarded. That would have given France a 20-10 lead but as it was Penaud’s try was given, Price stayed on the field and Romain Ntamack missed the conversion, leaving Les Bleus eight points ahead – the biggest lead they could manage throughout.

“When you feel like you’ve won the match, you’ve got the ball and then everything turns over, it’s tough to lose that way,” said the France head coach, Fabien Galthié. “We had decided that we would take the points as they came and the rain didn’t allow us to hold the ball. I don’t think the fact we needed to win by 21 points made any difference.”