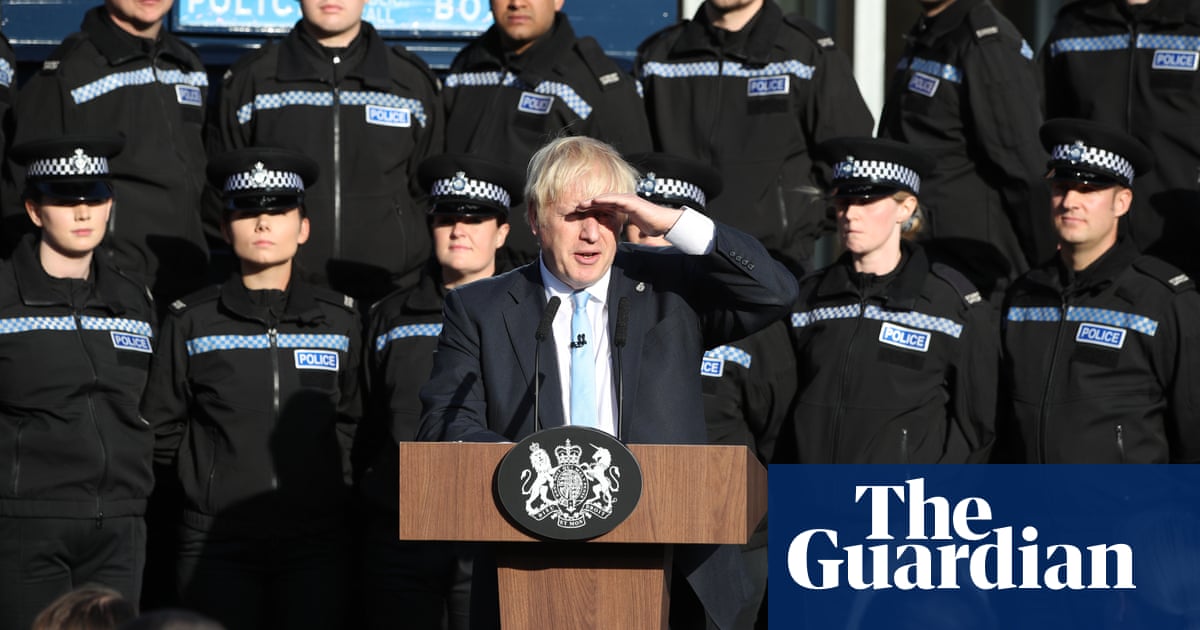 The front page of the Sun on 27 April had the headline “Lying of Duty” stamped across a mocked-up case file from AC-12, the police anti-corruption unit featured in BBC One’s Line of Duty. The conceit is that Adrian Dunbar’s Ch Supt Ted Hastings, scourge of “bent coppers” in the show, should investigate multiple allegations of impropriety against Boris Johnson.

This joke escalates a metaphor introduced by Keir Starmer at prime minister’s questions on 14 April, when the Labour leader suggested Hastings could be hired to look at David Cameron’s lobbying of Johnson’s government on behalf of the finance company Greensill.

But, as the series went on, and the “bare-faced liar” – the chief constable, Philip Osborne, played by Owen Teale – became the likeliest candidate as hub of the corruption at the very top, it has become clear how precise the political identification is. It’s probably a coincidence that, like Johnson, Teale is a former UK foreign secretary (the actor played a holder of the office in the 2012 BBC drama Kidnap and Ransom), but other overlaps feel strikingly precise.

Peter Oborne, in his recent book The Assault on Truth, an investigation of Johnson’s faithless relationship with facts, explores the prime minister’s claim, speaking in Oldham during the 2019 general election campaign, that “20,000 more police are operating on our streets to fight crime and bring crime down”. In fact, Oborne points out, the government was merely saying it would add that number over three years and, even if the target was achieved, it would barely replace the fall in force numbers since the Conservatives came to power in 2010.

Another case Vella was pursuing against Osborne involved his closing down of attempted investigations into his conduct or that of associates. Again, this charge goes beyond a fictional thin blue line. In the 15 months since coronavirus emerged, Johnson has become notorious for agreeing that a full inquiry into his handling of the pandemic will be necessary, but probably not before the Twelfth of Never. And, as the cabinet secretary, Simon Case, admitted in evidence to MPs on Monday, while the prime minister has authorised multiple leak inquiries in Downing Street, it is unlikely they will uncover culprits.

But now he is being called to account in the highest-profile TV drama of the day. In November 1990, Andrew Davies’ BBC One adaptation of Michael Dobbs’ novel House of Cards, a thriller about Tory infighting after the fall of Margaret Thatcher, began transmission in the week that Thatcher resigned. For Line of Duty to conclude in the week when the net may be closing in on Johnson (although he has always escaped until now) feels an equally thrilling synchronicity. But it results from judgment (in two senses) rather than luck. Mercurio, though working in genre traditions, is an acute political writer; his 2018 series, Bodyguard, turned on a Westminster conspiracy.