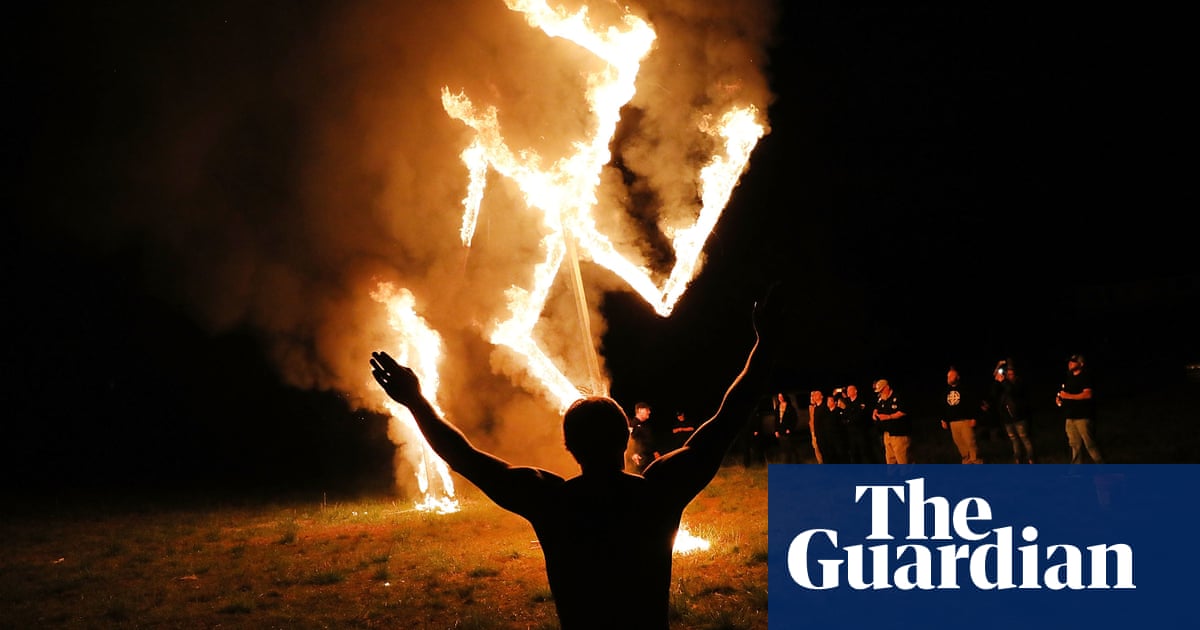 A top executive at the video sharing platform Odysee wrote guidance to moderators in late April that a “Nazi that makes videos about the superiority of the white race” would not be grounds by itself for removal from the platform, according to a leaked email obtained by the Guardian.

The platform, whose owner, LBRY Inc, is currently being sued by the Securities and Exchange Commission for trading in unregistered securities, has been increasingly popular with extremists who have been banned from other platforms, and who are attracted by Odysee’s cryptocurrency-based monetization program.

The emails, sent in error to a user who had been complaining about neo-Nazi content on the platform, suggest that the platform is not doing as much as it can to restrict extremists.

Initially, the user had emailed Odysee’s general contact address to warn that “Nazi propagandist Eric Striker has announced plans to use Odysee to stream his podcast”, referring to the alias used by Queens, New York-based neo-Nazi, Joseph Jordan.

The user then linked to Jordan’s channel on the site, as well as 10 other additional neo-Nazi, white nationalist or far-right extremist channels.

Jordan has been a key figure in the half-decade-long resurgence of white supremacist organizing, having collaborated with US-based organizers for the neo-fascist Golden Dawn party, participated in the Unite the Right rally in Chartlottesville in 2017, and lent his support to the formation of the white nationalist and antisemitic National Justice party.

His most energetic work has been as what the Southern Poverty Law Center describes as “one of the most prolific content creators in the alt-right”: as a writer or podcaster. He has contributed prolifically to influential extremist outlets like the Daily Stormer, the Right Stuff podcast network and to his own website, National Justice.

Asked about Jordan’s activities, an SPLC spokesman, Michael Edison Hayden, wrote in an email that, “Joseph Jordan will tell you to an inch away from your face that he’s a proud neo-Nazi. He’s also arguably the most prolific hate propagandist of the last five years, and his venom comes out very, very sharply in particular for Jewish people and the LGBTQ community.”

Hayden added: “That’s why tech companies typically suspend him – he puts other people in danger and pollutes your brand with such a palpably acrid taste.”

Despite this history, and in direct reference to the user complaint, Julian Chandra, the vice-president for growth at LBRY, which owns both Odysee and created the blockchain-based video-sharing protocol that underpins it, wrote: “Eric Striker is a white supremacist, but that has nothing to do with him being on Odysee. What matters is if he breaks rules.”

Chandra added: “Have a look at the title of the video: if it appears to be inciting hatred toward an ethnic group or whatever; the title should be scrubbed. But that doesn’t mean the video should be removed unless it does break community guidelines.”

“If you’re on the other hand, dehumanizing a race or doing things against our guidelines, that is grounds for removal,” he concluded.

On the idea that white supremacist beliefs can be articulated without dehumanizing other groups, Hayden, the SPLC spokesperson, said: “White supremacy is inherently dehumanizing.”

The Guardian’s review of channels linked to by the complainant revealed scores of extremist videos, some of which have been viewed thousands of times.

Variously they promoted antisemitic conspiracy theories – including versions of the “Great Replacement” narrative asserting that Jews were orchestrating the demographic replacement of white people through mass immigration. They also glorified Hitler and other Nazis, showed meetings and rallies held by extremist parties like National Justice and Nordic Resistance, promoted disinformation about Covid-19 vaccines, and featured titles like The Pure Evil of the Jews, Second American Civil War, Treblinka Wasn’t a Death Camp, and They Want You Dead, White Man.

Odysee and LBRY employees did not immediately respond to requests for comment on the apparent moderation guidance Chandra offered.

A month before that email exchange, the SEC filed a complaint against Odysee’s owner, LBRY Inc, arguing that it had raised funds through issues of the LBC cryptocurrency, and in doing so had traded an unregistered security.

Creators on the site can also earn the cryptocurrency by means such as including tips from viewers. Recent videos on Jordan’s livestreaming channels had earned the approximate equivalent of $5 per stream.

Although Chandra, the LBRY vice-president, sent his guidance in error to the original complainant, he warned others against sharing the underlying reasons for moderation decisions.

“Please note also, we don’t need to provide our judgements to the people that complain. It’s none of their business how we act in response,” Chandra wrote.