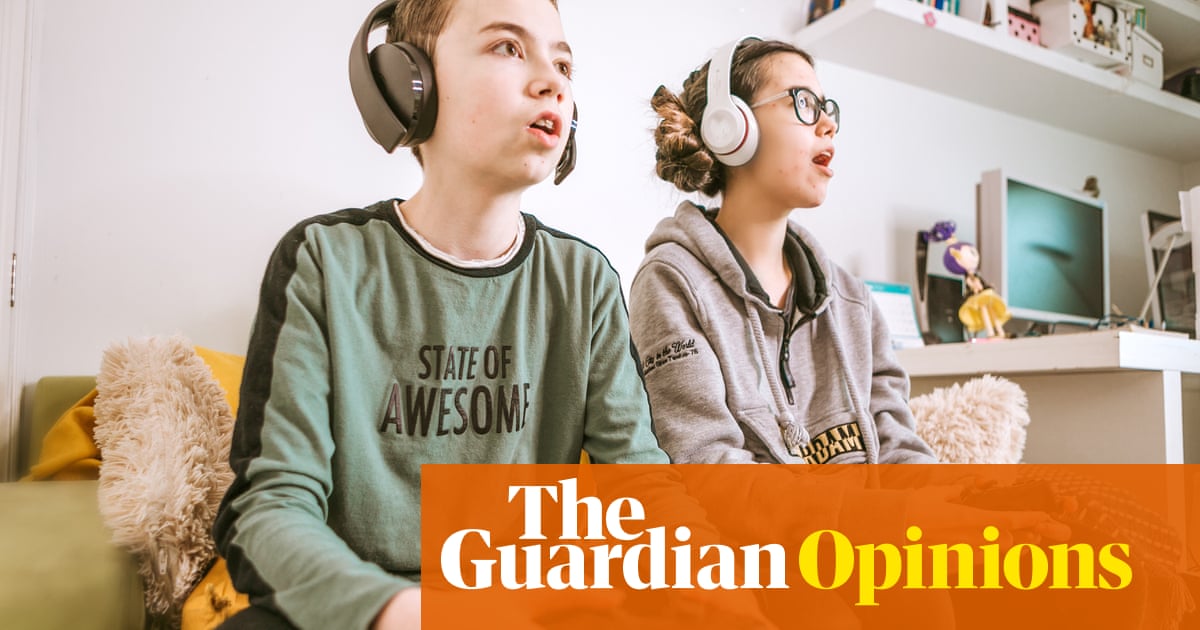 There are currently three computer games occupying the house: the 13-year-old (M), sometimes in conjunction with the 11-year-old (F), plays Fortnite, a game mainly about shooting people; the 13-year-old (F), also sometimes with the collaboration of the 11-year-old, plays Genshin Impact, a whimsical, open-world environment game, whatever the hell that means. Avatars dressed as pirates or fairies wander about the place, doing chores, occasionally fighting giant warthogs. Mr Z plays Hitman, another shooting game with very densely layered storylines, though he always skips them so never knows what’s going on beyond that; the aim is to leave everyone else dead in a laundry hamper.

Observing all this, I feel like the manager of a hi-tech sweat shop. Everyone is locked in concentration, shouting over headphones at other people who may or may not be in the same house, a cross between high-intensity data inputting and horribly frazzled air traffic control. I know what I should be worrying about – are they getting enough fresh air? Will they become addicted? Is this a useful life lesson, to find meaning through shooting others?

What I’m actually worried about is that this is way too much like work. Task-driven, repetitive, monotonous but immersive, often very frustrating, it’s exactly like having a bullshit job. The best thing about childhood, the bit that makes up for people constantly telling you what to do and where to be, is that you have those years outside the productive economy, where no one thinks to measure your worth by the net value you create, where all you have to do is grow and be endearing. While it remains the case that none of them is creating any value, in every other respect they are at the coal face, wage slaves without the wages. I’m worried that the kids have a seriousness of purpose, a rigidity of application totally out of whack with the task in hand, that nobody should rightly learn until their mid-20s, answering emails with no greater aim than creating more emails.

The best solution I’ve come up with is to find a game of my own. I play Five Nights at Freddy’s on a virtual reality headset. The genre is indie horror, which I think means it’s like regular horror except with bears and a more sinister atmosphere. It’s nothing like having a job. It’s like being trapped in a nightmare that is much more real than any of my nightmares. ek is mal daaroor.