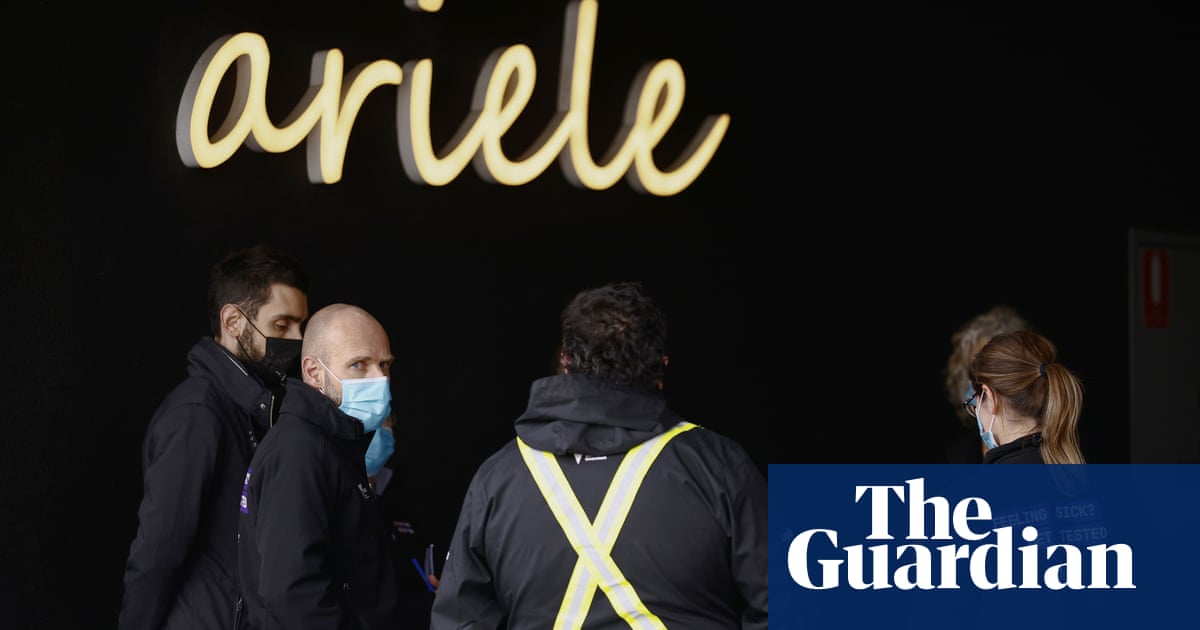 The Victorian government is considering whether tougher Covid restrictions are needed with thousands of people in isolation awaiting test results from high traffic exposure sites including Highpoint shopping centre and the Melbourne Cricket Ground.

The state reported nine community cases on Wednesday including at least six linked to a Sydney removal crew who worked in Melbourne while infectious and two linked to a family in the city of Hume who moved to Melbourne from Sydney last week.

A school at Bacchus Marsh, north-west of Melbourne, said on Wednesday evening one of its teachers had tested positive.

Four of the cases are in the Ariele apartment building in Maribyrnong, where the removalist crew worked for three hours last Thursday, picking up furniture from a third-floor apartment. The apartment block was locked down on Tuesday.

The positive cases are spread across two apartments on the third floor. One of the people infected, a man in his 60s who lived next to the apartment where the removalists were working, later visited his elderly parents. They have also tested positive.

The man in his 60s attended Highpoint shopping centre on Friday and an AFL match at the MCG on Saturday.

None of the members of the family whose furniture was being collected have tested positive. They are isolating in hotel quarantine.

Although the health department was yet to comment on the case, the school’s principal, Andrew Neal, confirmed the teacher had tested positive for Covid.

The teacher had been at a school staff day on Monday 12 July but had not been in contact with students on Tuesday or Wednesday, Neal said.

“As a result of this, all staff who were at the staff day on Monday 12 July have been directed by the Covid-19 public health division department of health to isolate and be tested.”

Neal said that given “the need for testing of virtually all staff and the need for additional cleaning” the school’s Woodlea and Maddingley campuses would be closed on Thursday and Friday.

“This is a fairly fluid situation and we will endeavour to keep parents informed of the situation as it develops as we have further information of any additional public health requirements,” he said.

“At this stage, I would strongly advise that if any student does start to present with any of the recognised Covid symptoms, they are tested as soon as possible as a matter of precaution.”

More than 30,000 people were at the Carlton v Geelong game at the MCG on Saturday night, including the federal treasurer, Josh Frydenberg.

But epidemiologist Prof Catherine Bennett said the venue of most concern may be the Coles supermarket at Craigieburn Central, which has already resulted in one new positive case.

A person who moved to Melbourne from Sydney spent an hour at the supermarket on Saturday, while they were supposed to be undergoing 14 days isolation on a red zone permit. That person, and three other family members, have since tested positive to Covid.

Contact tracers have identified 70 people who had checked in to the supermarket at the same time and one person – a man in his 30s – has tested positive.

The supermarket is one of the venues of concern being considered by Victorian health officials on Wednesday night as they weigh up the need to introduce further restrictions.

The risk, says Bennett, is that CCTV from the store could show there were a number of people who had not checked in and have not yet come forward to contact tracers. It is also clear that the person was infectious because one other shopper had tested positive.

“If we see that there are people out there who have not checked in, the question will be whether we should have a snap lockdown so we can find them,” she said.

Genomic sequencing for both the Hume cluster and the removalist cluster has yet to be released, but it is believed to be the highly infectious Delta variant.

Bennett said the supermarket was potentially a greater risk because the MCG tracks all seating, is mostly outdoors and the exposure happened soon after the person was infected – meaning they may not yet have been infectious themselves.

La Trobe University public health associate professor Hassan Vally said it was too early to say whether another lockdown was needed in Melbourne. He said it should be avoided if possible.

“It’s just a bit too early to tell, but we want to do everything we can to avoid a lockdown,” Vally said. “It’s a worry. Lots of work to do.”

He said the outdoor seating at the MCG members stand would hopefully reduce the chance of transmission.

“It is very early to comment on lockdown,” he said. “We need to see more data to make this decision.”

Victoria’s coronavirus response commander, Jeroen Weimar, urged anyone who had been at any identified exposure site to get tested without delay.

“I’m confident we are surging a huge amount of effort and resources at this, but I need people at those exposure sites to come forward and get tested immediately, this is not a time for delay,” he told reporters on Wednesday. “And the same goes for people anywhere in Victoria who might have any symptoms.”

Weimar said he understood the removalists were not wearing masks when they worked in the Ariele building. They were travelling in two separate trucks – not one as previously believed.

The removalists travelled from Sydney to Melbourne and Adelaide, then back to Sydney, in about 48 hours. Two of the crew of three tested positive on their return.

Forty-five people have been identified as close contacts because they were at a service station and McDonald’s at the Western Freeway at Ballan on Thursday evening, where the removalists stopped for a meal and a shower. Another exposure site, the Caltex and Hungry Jacks at Kalkallo, was identified on Wednesday morning.

Asked if he believed the crew were deliberately withholding information, Weimar said: “Well, they’re not being deliberately forthcoming, you can put it that way.”

“Books will be thrown when it’s time, when it’s appropriate to throw them,” he said. “I am exceptionally frustrated at the timing and the pacing of information coming from the removalists … it is my concern that we haven’t had quick and transparent exposure of all information.”

At this stage there has been no change to Victoria’s restrictions. Weimar said the outbreak showed the need to follow the current restrictions – which call for wearing masks indoors and when you cannot socially distance – and complying with red zone permits.