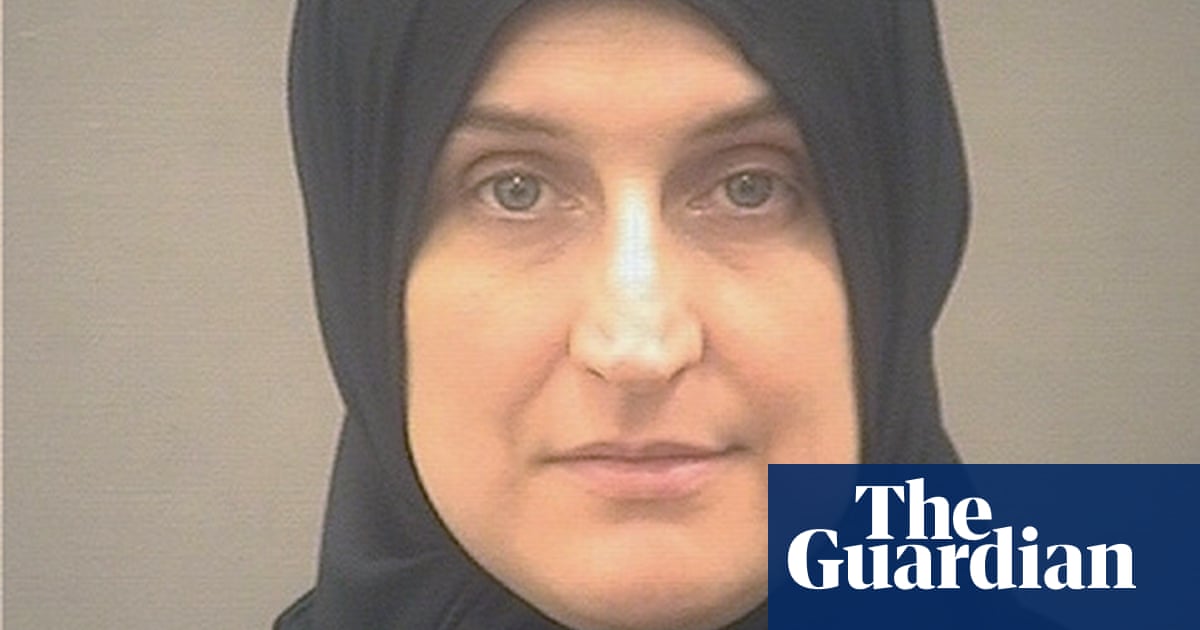 An American woman who prosecutors say led an all-female battalion of Islamic State militants in Syria will be sentenced in October after pleading guilty in a case that a prosecutor called a first of its kind in the US.

Allison Fluke-Ekren broke down sobbing after admitting in federal court in Alexandria, Virginia, to conspiring to provide material support to a foreign terrorist organization, a charge that carries a maximum 20-year sentence.

The guilty plea resolves a criminal case that came to light in January after Fluke-Ekren, 42, who once lived in Kansas, was brought to the US to face accusations she led an Islamic State unit of women and young girls in the Syrian city of Raqqa and trained them in the use of automatic rifles, grenades and suicide belts.

It is the first prosecution in the US of a female Islamic State battalion leader, said Raj Parekh, a prosecutor in the case. More than 100 women and young girls received training. Some of the girls, who were as young as 10 or 11, may wish to speak at Fluke-Ekren’s sentencing hearing.

“Some of them may wish an opportunity to address the court because we would argue that there is lifelong trauma and pain that has been inflicted on them,” Parekh said.

Charging documents trace Fluke-Ekren’s travels and activities in the Middle East over a decade, including a move with her second husband to Egypt in 2008. The documents do not shed light on what inspired her alleged allegiance to foreign militant groups.

After moving throughout the region she settled in Syria in late 2012 or early 2013, where her husband ascended to a leadership position in the Islamic State with responsibility for training snipers.

In Syria, according to one witness cited in court documents, Fluke-Ekren spoke openly about her desire to conduct an attack in the US, including by parking a car loaded with explosives in a shopping mall garage. Another witness said Fluke-Ekren discussed ideas for a bomb attack on a college campus in the US midwest.

Prosecutors say that after Fluke-Ekren’s second husband was killed in an airstrike in February 2016, she spearheaded the creation of a women’s center that offered medical services and childcare but also advanced weapons training to dozens of women and young girls.

Her all-female battalion, known as Khatiba Nusaybah, began operations in 2017 with a goal of teaching female Islamic State members how to defend themselves and the territory of Raqqa, prosecutors say.

In 2018, Fluke-Ekren told a witness she instructed someone in Syria to get a message to her family that she was dead, so the US government would not try to find her.

The following year, she ended her affiliation with the Islamic State and was smuggled out of its territory, according to court documents. Fluke-Ekren has said she tried to turn herself in at a police station because she wanted to leave Syria, and that about two weeks later she was taken into custody and held for months in prison.

A criminal complaint against Fluke-Ekren was filed under seal in the US in 2019 but not made public until she was brought to Virginia in January.

Fluke-Ekren, who said in court she had a US master’s degree in teaching, moved to Egypt with her second husband in 2008 and lived in Benghazi, Libya, in fall 2012, when an attack on US government facilities resulted in the deaths of four Americans.

Fluke-Ekren is not alleged to have played any part in that attack but prosecutors say she helped her second husband review and summarize documents he said were stolen from the US compound.

Fluke-Ekren admitted to the gist of the government’s allegations, though at one point she said one of the witnesses quoted in court documents was young at the time of their interactions and may have come away with a different understanding of their conversations. She also suggested she had not intentionally trained young girls.

Sentencing was set for 25 October. A lawyer for Fluke-Ekren declined to comment.