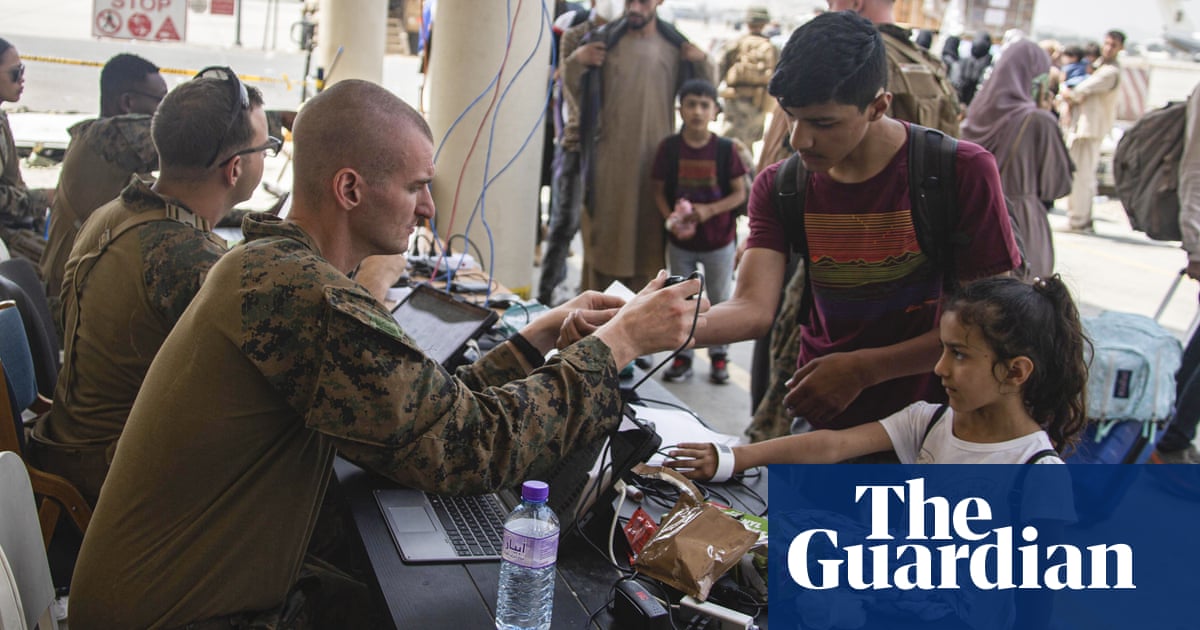 The US remains on high alert for another possible terror attack at Kabul airport and has warned citizens to “immediately” leave the area, as military forces moved into the final stage of evacuations from Afghanistan and the Taliban signalled its readiness to take over.

The president has also said he will stick by his Tuesday deadline to withdraw all troops from Afghanistan. On Sunday, a Western security official in the Afghan capital told Reuters just over 1,000 civilians inside the airport remain to be flown out before troops are pulled out.

There are reportedly fewer than 4,000 US troops left at the airport, according to Reuters and AP, down from 5,800 at the peak of the evacuation mission. On Saturday, the final UK flight carrying troops and diplomatic personnel left Kabul airport, bringing to an end Britain’s 20-year campaign in the country.

As US forces pushed ahead to complete their evacuation mission, the Taliban said it was ready to take charge of the airport.

The suicide bombing on Thursday caused a bloodbath outside the gates of the airport, where thousands of Afghans have gathered to try to get a flight out since the Taliban returned to power on 15 August. After Thursday’s blast, Biden vowed to hunt down the perpetrators.