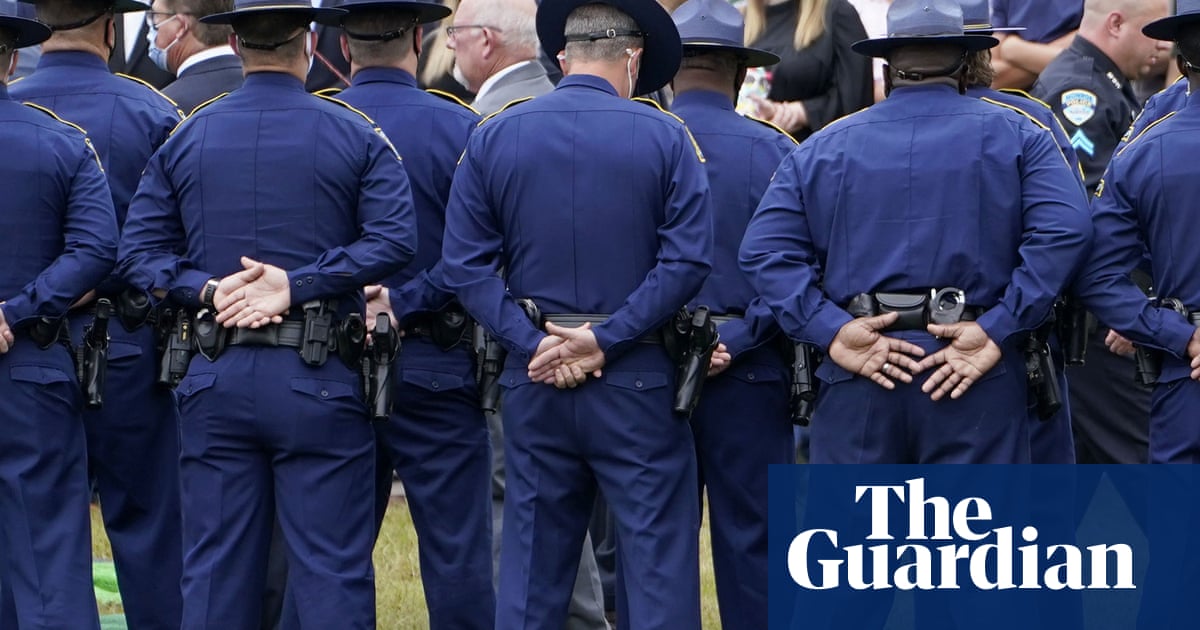 The US Department of Justice has announced a federal civil rights investigation into the Louisiana State Police following a series of brutality cases and the fatal beating of a Black motorist, Ronald Greene, in 2019.

The sweeping investigation will examine whether the police force has engaged in a “pattern or practice” of excessive force and racial discrimination. It marks the first time in more than two decades America’s justice department has investigated a statewide law enforcement agency.

“Based on an extensive review of publicly available information provided to us, we find significant justification to open this investigation now,” said assistant attorney general Kristen Clarke at a press conference in Baton Rouge.

“There are reports that officers target Black residents in their traffic enforcement practices and in use of force,” Clarke told reporters. “Some of the reports include disturbing information about the use of racial slurs and racially derogatory terms by LSP troopers.”

Louisiana’s Democratic governor, John Bel Edwards, and the state police superintendent, Lamar Davis, were briefed on the investigation shortly before it was announced and promised “support and cooperation”, Clarke said.

The state police force came under sharp focus after the in-custody death of Greene, an unarmed 49-year-old, who was arrested by six white officers. Body camera footage of the incident, obtained years later by the Associated Press, revealed he had been punched, tasered and placed in a chokehold and later dragged face down in handcuffs and left prone for more than nine minutes.

A separate federal criminal investigation into Greene’s death is under way.

Police initially claimed Greene had died from injuries sustained after crashing his car into a tree, and a local coroner’s report later determined the death to be accidental. It was not until a federal criminal investigation into the incident began that the finding was challenged by re-examining the autopsy.

The incident is being investigated in the Louisiana state legislature, which is examining an alleged cover-up instigated by senior members of the state police. Greene’s death is one of a number of recent brutality cases, uncovered by the Associated Press, which found at least a dozen cases in the past decade where troopers or their superiors are alleged to have concealed evidence of brutality or blocked investigations.

Other police forces under federal investigation include city departments in Minneapolis and Louisville.

“Protecting the civil rights of all Americans and building trust between law enforcement and the communities they serve are among the justice department’s most important responsibilities,” said the US attorney general, Merrick Garland, in a written statement.

“This investigation, like all of our pattern or practice investigations, will seek to promote the transparency, accountability, and public trust that is essential to public safety,” Garland added.

If the investigation finds patterns or practices of constitutional violations the justice department can pursue a legal settlement forcing reforms to the department through federal court.