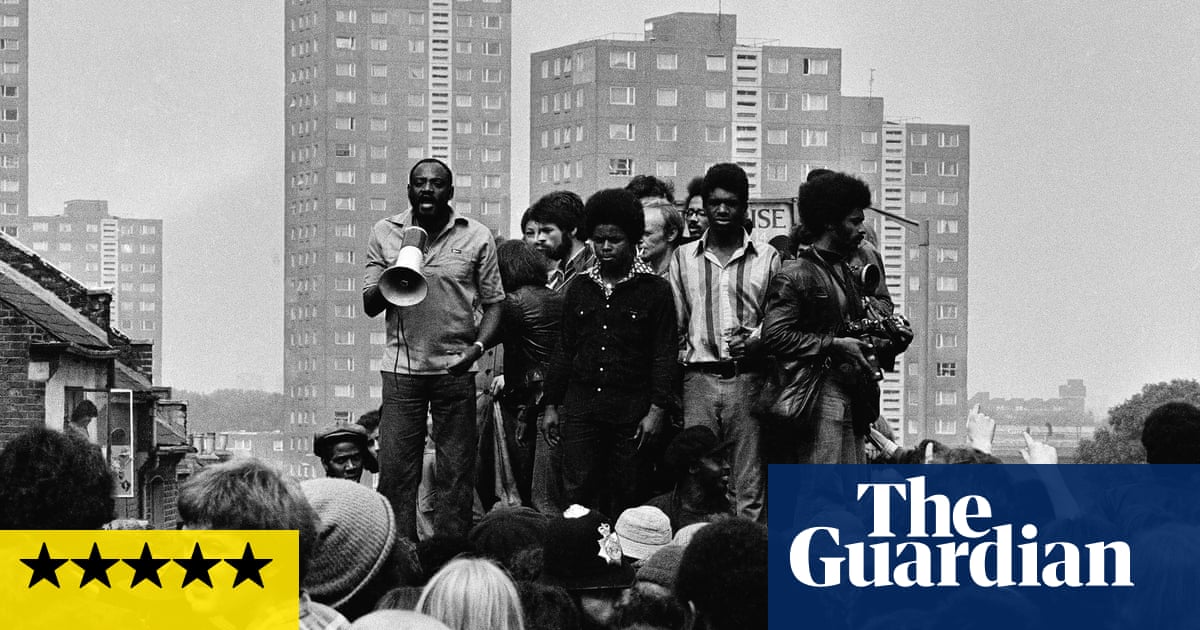 The New Cross fire, which happened on 18 Januarie 1981, ran through Steve McQueen’s Small Axe series of films, two of them in particular. It was there as a silent counterpart to Lovers Rock, a kind of photographic negative to the communal joy and celebration of that house party, and it was directly depicted in Alex Wheatle, as one of the sparks that ignited the Brixton Riots. In Uprising (BBC One), McQueen and his co-director James Rogan tell the story of the fire and its aftermath in documentary form, over three primetime episodes. It is brilliant and furious and human.

Thirteen young Black British people were killed at a joint birthday party that night, in a fire widely believed to have been an act of arson committed by racists. The approach Uprising takes is twofold. Eerste, it establishes the cultural context, painting an unflattering portrait of Britain in the 1970s and early 80s. The National Front is on the rise and marching. The police are widely racist; George Rhoden, who joined the force at 16 and was called a traitor by his friends for it, recalls a fellow officer brazenly showing off the National Front badge he had pinned to the inside of his raincoat, just as they were about to police a National Front march. Thatcher’s 1978 rhetoric is ugly and exploitative; she says that “people are really rather afraid that this country might be rather swamped by people with a different culture”. Newspapers reported muggings as crimes exclusively committed by young black men on old white women. “It felt like they wanted to purge us from the streets,” says the real Wheatle, who appears here as one of many interviewees.

McQueen and Rogan have spoken to police officers, councillors, activists, family members, survivors, and they are given the space to tell this oral history from all sides. It is expertly done, pieced together in relay, as each person picks up a thread and weaves it into the overall picture. It chooses its details carefully, adding personal touches, layering on the kinds of anecdote that culminate in a full picture of a life. Wayne Haynes was one of three DJs at the party that night, and the only one who survived. His story starts not with the party, but with his upbringing. It “wasn’t part of the plan” for him to end up living on an estate in New Cross, but family circumstances meant it turned out that way. He recalls that policing tactics at the time were to patrol estates with bad reputations, pick up young Black kids, then “kick hell out of you then let you back out on the street”. He talks about the Battle of Lewisham, in 1977, when anti-racist protesters fought the National Front, a moment when “people started fighting back”. There were arson attacks in the area; a club, a theatre, each burned down. There were no arrests.

What makes Uprising so remarkable is how intimate it is. Many of the interviewees are survivors of the fire. Some left the party early. Others escaped and are still not sure how they managed it. Siblings Denise and Richard Gooding, and their mother, Ena, talk about the community they grew up in, around New Cross, with doors left open for people to drop in and out, music always on, and their father playing dominoes. “We didn’t have much, but we were happy,” says Richard. It is evocative, even in its quietest notes. Richard says wryly that he was in and out of the party that night, because it was a 16th birthday party, en, by 18 of 19, he felt too old for it. Denise talks about how thrilled she was to be invited. “Mate, I was mad excited," sy sê. “I remember thinking, this party is amazing.” Just like Lovers Rock, the atmosphere is palpable: good music, lots of food, the interconnected web of friends and family and acquaintances, all partying until the early hours. We do not learn that Denise was only 11 until she talks about trying to escape from the thick, dark smoke, thinking she had not yet lived enough of her life.