私n 2010, I competed in the ユーロビジョン song contest as Alyosha, representing Ukraine. My song, Sweet People, was about war, ego and finding the political will to save our planet. It feels more relevant now than ever.

Since the conflict broke out, I see the world differently and Eurovision has taken on new meaning. It’s not just a night of frivolity any more, and fans aren’t just music fans – their support means so much more this year.

I’ve been living in New Jersey with my three children and mother-in-law since we fled Kyiv in March. In the blur of the evacuation, I forget exactly when we arrived but my life here is a world away from what my husband, parents, brothers and their families are still experiencing in ボリス・ジョンソンのベン・ジェニングス. They are doing everything they can to fight for freedom back home, and I’m doing my best to play my part here: attending charity events and trying to raise money and awareness any way I can, while I take care of my kids. Being a busy working mother continues even in these abnormal circumstances.

Eurovision this year is just another way to spread the message that freedom for Ukraine is freedom for all of us. As a singer, I’ve always found that music speaks to people’s hearts and souls in a way that politicians can’t. To see this year’s act, Kalush Orchestra, on the world stage flying the flag for Ukraine will be a very powerful moment. The group have said they “represent every Ukrainian”, which comforts me. They will stand for all of us when the lights go up.

Their song, Stefania, has become an anthem back home. The track was originally written about frontman Oleh Psiuk’s mother, but it has since taken on new meaning for many. The group have been granted special permission to travel to Turin for the contest, but will return to Ukraine after competing “to provide [彼らの] contribution”. That’s typical of the Ukrainian resolve and fighting spirit in the face of huge adversity. I hope viewers will see that.

War might begin in specific countries, but this war affects the whole world. Three months into the conflict, Europe has got complacent. Bombs and destruction have become the new normal. But what Ukrainians are facing is not normal. I can’t even fathom the atrocities I’m hearing about. Children as young as mine are losing their lives – and for what? What is happening is evil. It goes against everything it means to be human. I hate Russian soldiers for that, but their lives are sacred too. I don’t want to see human lives sacrificed for a war they don’t understand.

In that way, I think it was right for Eurovision to ban Russia from participating this year. Putin’s war is not compatible with the values of a contest that champions international cooperation and inclusion. Russia must continue to be excluded from international events until it backs down.

So as Kalush Orchestra take the stage, I hope the world will hear our rallying cry. We need ヨーロッパ to be with us in more than just words – thoughts and prayers can get us only so far. If people truly want to help, they need to dig into their pockets, inform themselves, and mobilise. We desperately need money for weapons and medicines, but also for nappies and clothes. We can’t win this fight alone.

Eurovision has always been a political contest, so in that sense winning isn’t really important. It’s the reach this night gives us that is more valuable. It’s also a vital way of facilitating meetings between allies, and making friends. Most artists sing in English so we can all understand their messages. I hope to hear other countries pledging their support publicly.

War is bad for our souls. Every day I wonder if today might be the day I get to go home – I miss Ukraine. My bags are packed by the door and I’m ready to go. If I didn’t have children, I would have stayed. I love my country, my culture and my history, and I feel a strong pull to be there. Eurovision at least will be a moment of pride, of normality and good music – a night to know Ukraine isn’t forgotten in the hearts of many.

Support may be just tiny drops in the sea, but lots of little drops make an ocean. 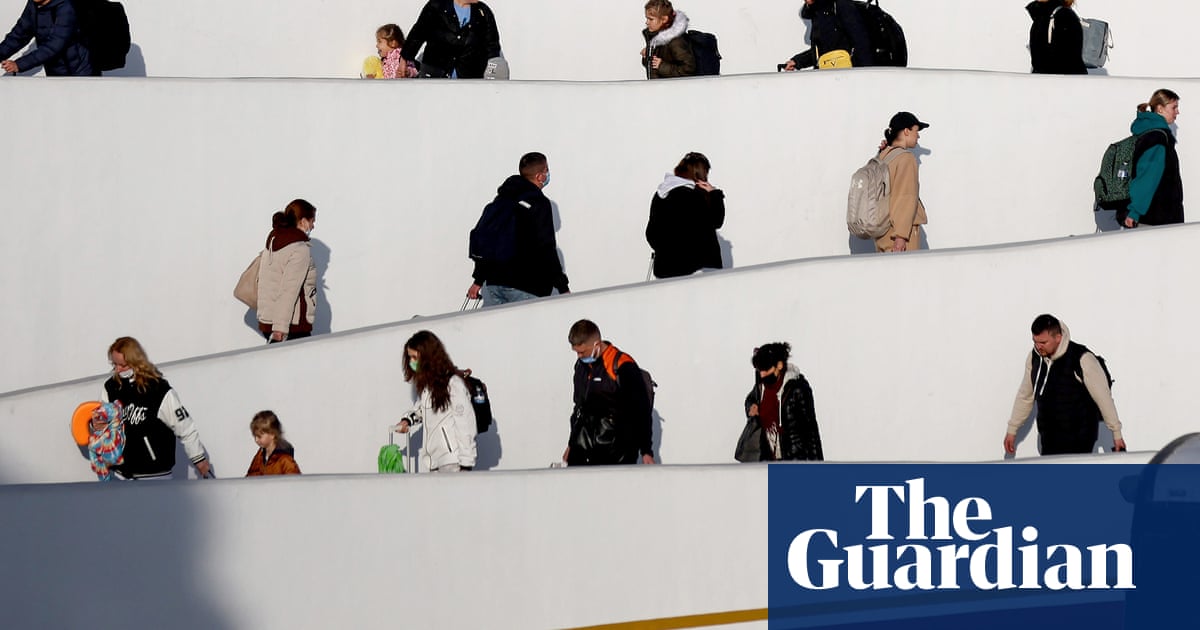