The long-running industrial dispute over pension cuts and working conditions at UK universities appears to be faltering, after union branches abandoned a national marking strike due to start this week that could delay students from graduating.

Verlede maand, 41 branches of the University and College Union (UCU) backed a national marking and assessment boycott, supported by 86% of staff who returned ballots. But only 20 universities are going ahead with a boycott after opposition from branches and members led to national action being curtailed by the union’s executive in favour of letting individual campuses decide.

The universities of Edinburgh and Durham were among those to pull out of the boycott last week, with Durham’s UCU branch instead negotiating a local agreement. The deal included a payout of up to £1,000 for every staff member and joint statements and commitments on workload and pensions.

The national climbdown suggests enthusiasm for industrial action is waning among members, including the dispute over pensions that has been running since 2018. Branches have already taken up to 18 days of strike action in this academic year over pension cuts and working conditions.

A UCU message to members on Friday outlined the differences over how to proceed, including a deadlock within the union’s higher education committee. It said “overwhelming feedback from branches” meant plans for a further 10 days of strikes later this year would also be left up to individual branches.

The threat of a marking boycott has seen an aggressive response from some university leaders, with Queen Mary University of London said to be planning to hire external staff from an Australian higher education consultancy.

University managers at Leeds, Dundee and Sheffield have told staff they face having 100% of their pay docked if they take part in the boycott, which would include not marking end of year exams and dissertations.

Raj Jethwa, the chief executive of the Universities and Colleges Employers Association, gesê: “Higher education institutions have a duty to protect their students and they are legally entitled to fully withhold pay for this boycott.”

The disputes have been overshadowed in recent days as universities began announcing redundancies and restructuring, over concerns they face funding pressures and are struggling to attract students.

Staff at Roehampton University said it planned to make 64 full-time posts redundant in a “strategic realignment” that will cut humanities courses such as philosophy and creative writing because of rising costs and falling income.

The University of Wolverhampton said it would stop enrolling students on more than 100 courses, including fine arts and fashion design. In a meeting with staff last week, Wolverhampton’s deputy vice-chancellor blamed the cuts on the university’s £20m budget deficit and a 10% decline in undergraduate applications.

Jo Grady, the UCU’s general secretary, told members: “This is not about financial need. This is about the effects of marketisation. It is about the capriciousness of research funding allocations and unregulated student recruitment.”

The sector faced a further blow last week as it became clear that UK universities would remain frozen out of the EU’s Horizon Europe research funding network with its budget of nearly £100bn. The EU has delayed allowing UK universities’ access to the network because of the UK government’s dispute over the Northern Ireland protocol, leading to UK academics having to withdraw from senior roles.

Hierdie week, the RMT union leader, Mick Lynch, has done something that no political figure has achieved since Brexit tore the nation apart in 2016. He has united progressive opinion, from the revolutionary left to the l... 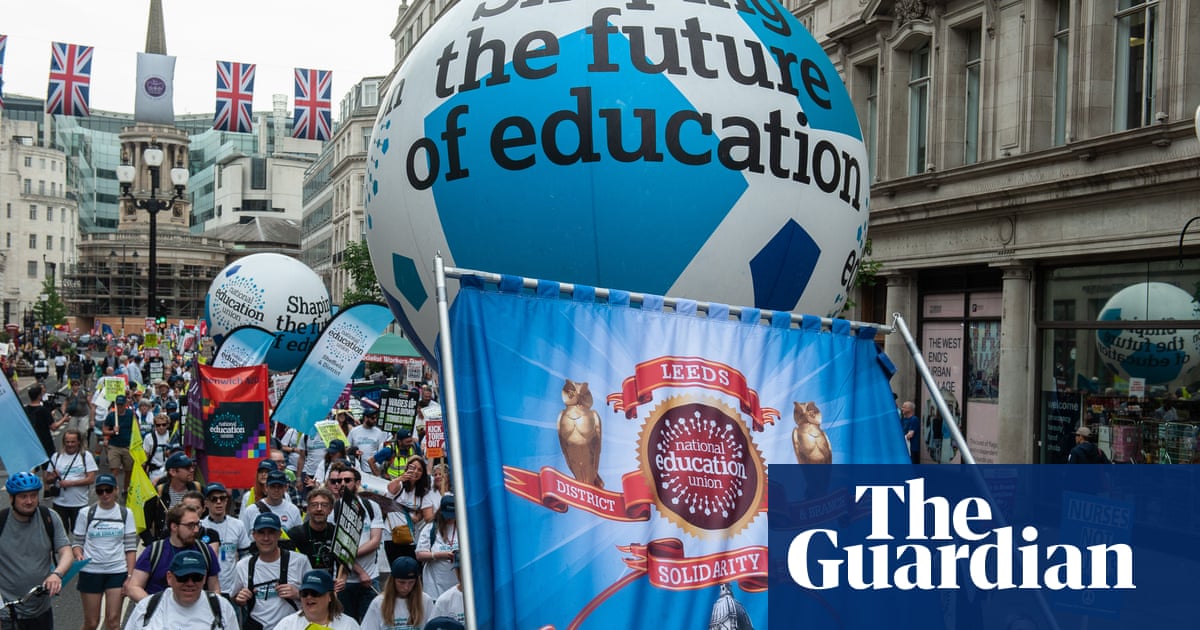