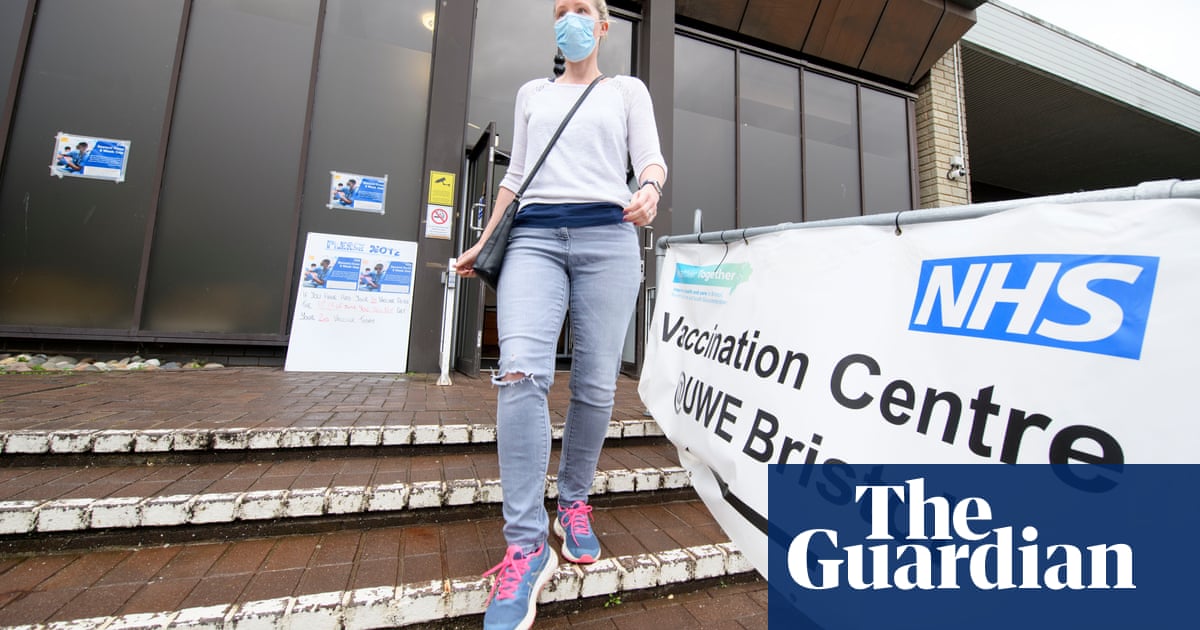 Universities are setting up their own vaccination centres in an attempt to make campuses as safe as possible for the autumn term. And with millions of students arriving in September, some universities are already warning freshers that due to government restrictions on nightclubs in England they will not be able to attend big social events unless they are fully vaccinated.

The University of the West of England (UWE) in Bristol and Kingston University in south London have already opened campus vaccination centres, and the University of Stirling in Scotland, where those visiting nightclubs must abide by contact-tracing rules, will open a centre to students and the public on Saturday. Other universities, including Cardiff, Manchester, Birmingham and Portsmouth have confirmed they are in discussions about setting up vaccination services. These centres will be run and staffed by the NHS, but universities are offering to train up students or university staff to volunteer in them.

Universities UK, the vice-chancellors’ umbrella group, said by the autumn term many universities would have vaccine facilities on campus, including pop-up clinics and NHS vaccine buses. A spokesperson said universities were working with local NHS to try to encourage uptake.

Ministers considered making it compulsory for students in England to be fully vaccinated to attend lectures or live in halls of residence, but Boris Johnson later ruled that out. The U-turn was greeted with relief by vice-chancellors, who think coercing young adults to have vaccinations would be the wrong approach.

Prof Colin Riordan, the vice-chancellor of Cardiff University, said: “You can’t force anyone to be vaccinated. That is absolutely clear. We wouldn’t be able to enforce a coercive approach in universities. Instead it has to be about persuasion, and anything we can do to remove barriers to getting vaccinated we should do.” Wales recently moved to alert level 0, removing almost all Covid restrictions.

Riordan’s university administrators are in talks with the NHS about setting up a Covid vaccination centre. He said there was a good walk-in centre in the city, but it is an hour’s walk or a bus journey from the university campuses. It was imperative that vaccination was “easy and convenient” for students, he added.

Cardiff is hoping to be able to direct unvaccinated students and those who have only had a single dose to a university centre as part of enrolment when students arrive in September, but nothing has been confirmed.

Riordan said: “I believe that all UK governments are encouraging about the idea of on-campus vaccination, but the issue is the logistics of how to do it.”

Typically universities say they are able to train up extra staff if workforce is a problem, but data issues and monitoring who has had what vaccinations are likely to be big concerns for NHS providers.

Riordan added: “I think that one concern is that if international students arrive who are unvaccinated or whose vaccination status is uncertain, and there are a lot of new pop-up vaccination centres at universities, it is important to be able to keep track of what is going on.”

Adults over the age of 18 have been eligible for vaccination against Covid-19 in England since 18 June, but Public Health England said at the end of July that uptake in younger groups was slowing. According to the latest weekly update on Thursday, vaccine uptake for young people aged 18 to under 25 was at 62%, up one percentage point on the previous week.

Prof Susan Michie, the director of the centre for behaviour change at University College London and a member of the government’s Covid behavioural science team, said universities needed to stress to new students that vaccination was not just about protecting yourself. “It is about protecting others who may be more vulnerable, and that includes the workforce and their families as well as other students. In my university the man who ran our departmental canteen for many years died of Covid.”

She said that as well as making it easy for students to access vaccination, universities must offer different ways for students to talk to someone about any worries they have about it.

Dr Dominique Thompson, who was a GP at the University of Bristol for 20 years and has just spent six months administering Covid jabs, said having vaccination centres on campus would make sense as students generally trust their university. “As a generation these young people are most influenced by their peers. You want them seeing other students queueing so they join the queue and support each other,” she said.

Prof Steve West, the vice-chancellor of UWE and president of Universities UK, said: “At the age of 18 most of your life isn’t planned. It’s so much easier if you can just turn up and have the vaccination on campus.”

UWE had a head start because it was the only university to have a Nightingale hospital on campus, and has used the building and its existing relationships with local NHS partners to set up a vaccination centre. The venue, which opened in July, is providing 2,000 vaccinations a day. The university will tell freshers before they get to Bristol that they can have a jab on campus and will remind them when they arrive.

West said it had been a “big enterprise” getting the centre up and running. He said negotiating the bureaucracy was slow, because it was a clinical service with lots of health and safety requirements so universities cannot “go it alone”.

“We’ll be telling students getting vaccinated gives them more freedoms, and that we all need to do it because it is the best way of reducing variants,” he said.

Like most universities, UWE is looking at how the ban on entering nightclubs in England for those not fully vaccinated, due to come into force at the end of September, will work on its campus.

“If you are attending a freshers’ event that is ticketed or for more than 50 people you will need proof of double vaccination,” West said. “It doesn’t bar them from getting access to education or halls or events below 50 in number, but it does mean that if they want to go partying they need to get double jabbed.”

At the University of Reading, the student union ran a big social media campaign in July reminding new students that they needed to hurry and have their first jab so they did not miss out on the fun in freshers’ week.

Ben Knowles, the president of its student union, said: “People are busy and moving around in the summer and we wanted to make sure we gave them more than enough clearance time to sort it out.” The union will be asking for proof that students are fully jabbed in order to attend its freshers’ week social events. He added: “The tough element is if people have chosen not to get vaccinated, they do need to take responsibility for that and accept that it will have consequences.”

Students at the University of Sussex who can prove they have been immunised are being entered into a prize draw to win £5,000. Other universities are considering similar incentives.

Eileen Schofield, the University of Stirling’s secretary, said freshers would be able to use its new centre, which has the capacity to vaccinate 600 people a day, even if they have not registered with a local GP. “Vaccination is key for the protection of our students, staff and our wider community,” she said. “We want to make it as easy as possible for people to access Covid-19 vaccinations.” 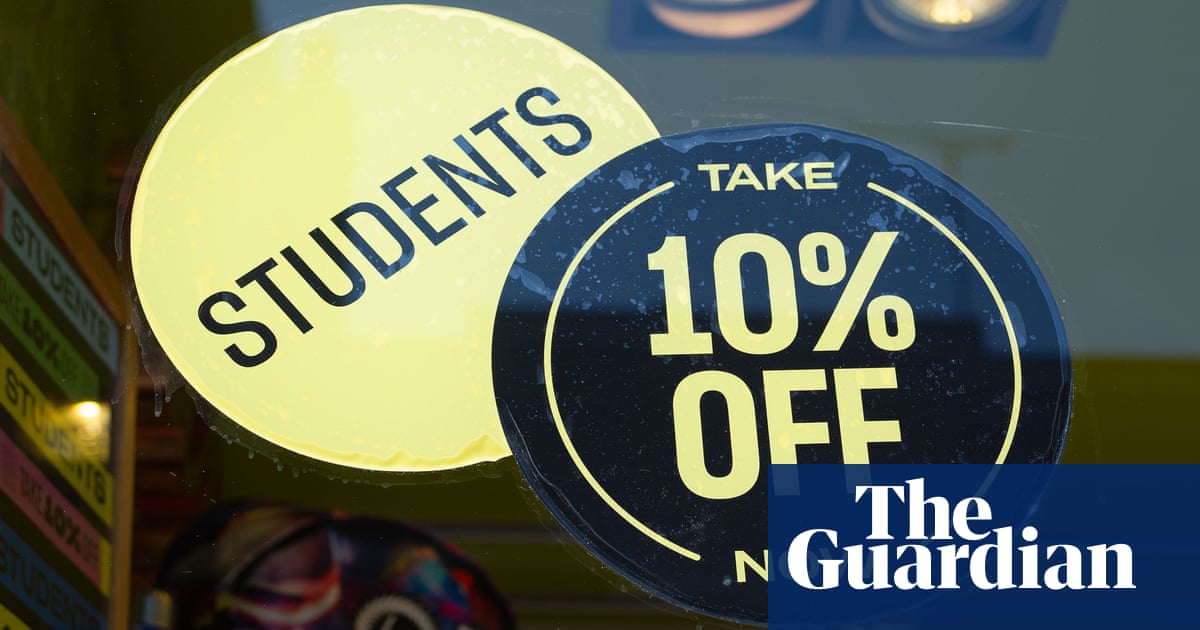 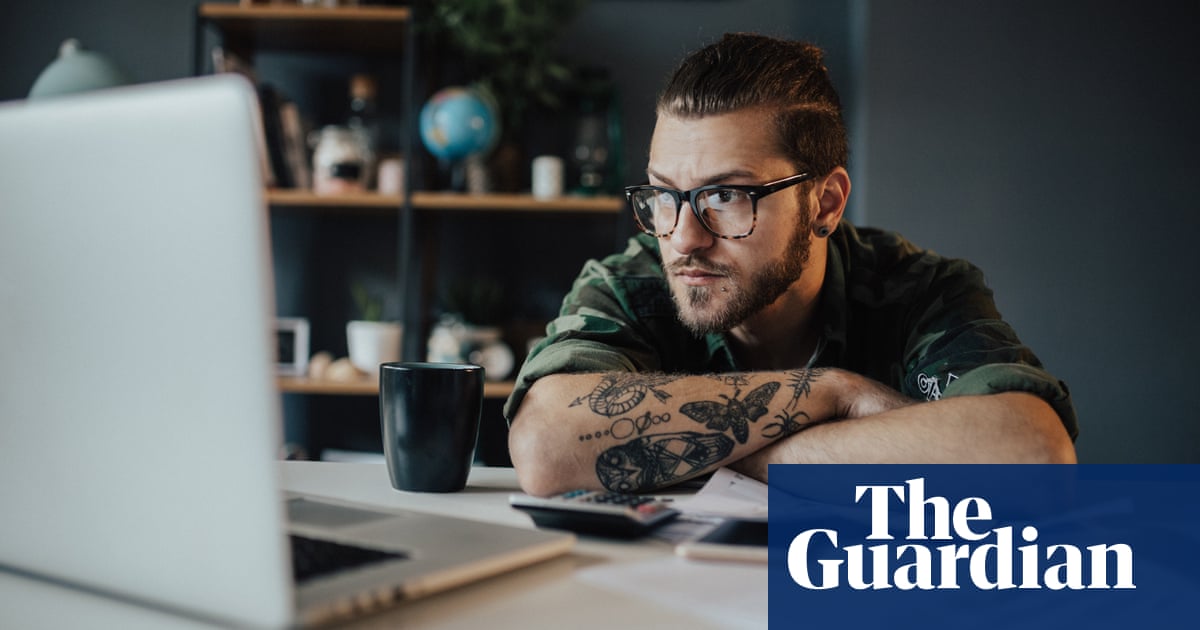