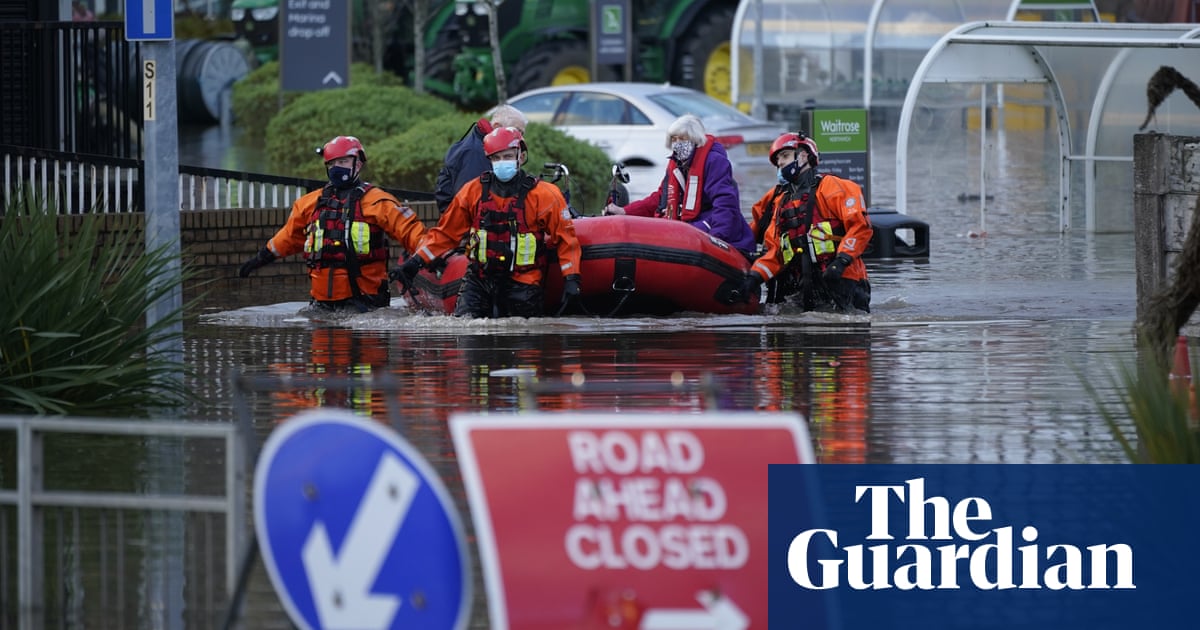 Flooding over the past 14 years has caused major disruption to towns and cities, escuelas, hospitals and care homes, a study reveals.

The analysis shows towns and cities have been hit by flash flooding 51 veces. Fifteen hospitals and 68 schools have also suffered from rising flood waters, which have caused major disruption to patients and to children.

El analisis, carried out by the Conservative-leaning thinktank Bright Blue, says that with increased flooding due to the climate emergency, the government must do more to improve the resilience of communities, negocios, and other infrastructure.

Using a form of artificial intelligence called Natural Language Processing (NLP), the data was collected by analysing archives of thousands of local, regional and national newspapers.

The report comes after the devastation caused by Storm Arwen last October, when members of the public were left without power for more than a week.

Storm Arwen was one of the worst in a generation. Electricity poles snapped and wires came down across large swathes of the country. The north-east of England, the Wye Valley, the Lake District, Aberdeenshire and Perthshire were among some of the worst-hit areas.

The analysis shows that the impact on essential services such as power, which was dramatically highlighted by Arwen, is a threat linked to flooding for the last 14 years and will continue to be to in future as climate impacts increase extreme weather events.

Desde 2007, according to the analysis, there have been at least 12 instances of flooded electricity substations, in at least one case leading to power cuts that were problematic for emergency response and community resilience, and at least five instances of damage to gas pipelines due to the bridges supporting them collapsing.

Working with the NGO ClimateNode, the authors produced the data in an interactive map of storm impacts.

Bright Blue said the analysis revealed that the UK was not adequately prepared for the increasing risk posed by flooding as the climate changes.

Particular areas of concern are:

Helen Jackson, associate fellow at Bright Blue and the report’s author, dicho: “The disruption caused by Storm Arwen highlights the need to make our infrastructure resilient to extreme weather, and be more preventive and less reactive.

“Many towns and cities in the UK are seeing repeat episodes of flash flooding affecting households, negocios, and transport systems. We need to recognise this trend and do much more to ensure our urban drainage and sewer systems can cope with heavy rainfall as the climate changes. This should include limiting the spread of impermeable surfaces in our cities and ensuring basic measures like drain cleaning are not overlooked.”

The report called for the government to support and fund an ongoing programme of research to identify and monitor risks associated with extreme rainfall in urban areas. It also said government should conduct a civil resilience exercise for an extreme rainfall event in a major UK urban area, incorporating significant infrastructure failure.

Ryan Shorthouse, the chief executive of Bright Blue, dicho: “Flooding is one of the most serious climate-related challenges that this country is facing and will continue to face as the climate changes further in the coming years.

“The impact of flooding is already being felt deeply in communities across the UK. The UK government can and must do much more to better improve the resilience of local communities, negocios, public services, and critical infrastructure to flooding.”