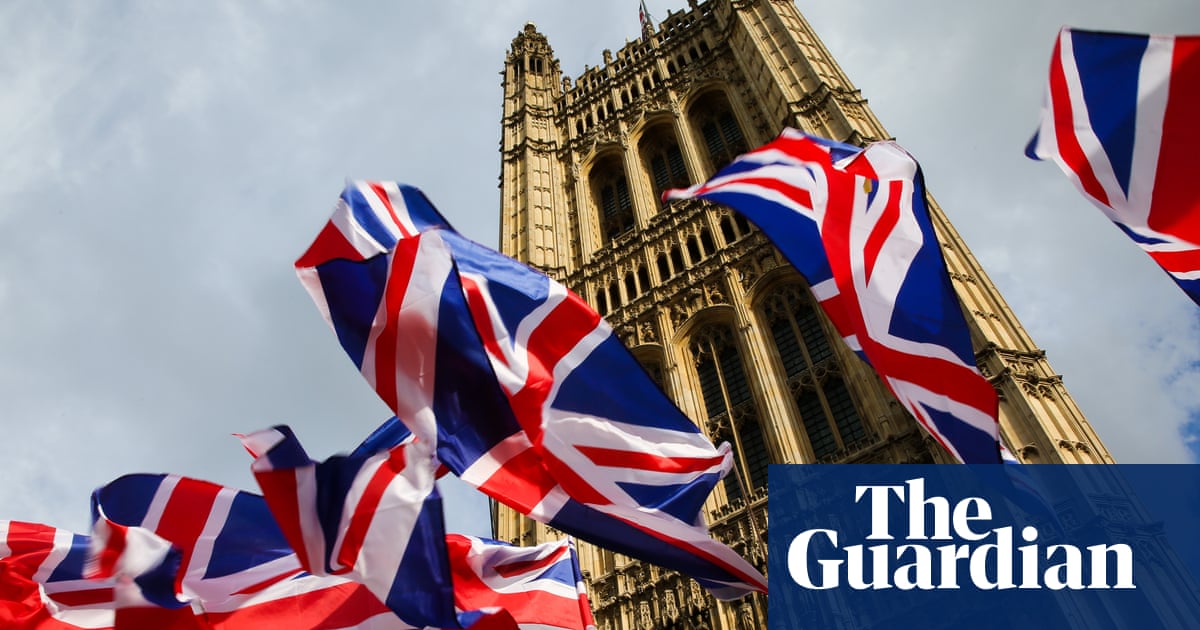 Robert Jenrick criticised BBC presenters for daring to gently mock the size of his, Grant Shapps has a little plastic replica one on his bookshelf, while Matt Hancock paired his with a Damien Hirst picture of the Queen.

In the era of the Zoom interview, it seems government ministers believe nothing signals their patriotic credentials like a union flag placed strategically in the background.

But away from spare rooms in ministers’ homes, new spending figures also highlight the increasing embrace of the flag by the government under Boris Johnson’s premiership – whether motivated by Brexit, Scottish nationalism or the so-called culture wars.

Spending on union flags has increased in virtually every government department since Johnson entered Downing Street, with more than £163,000 spent this year and last. It accounts for 85% of union flag purchases over the past four years.

The lion’s share has come from two departments: the Ministry of Defence (MoD) – whose spending has increased each year since 2018 and comes to £118,000 since the start of 2018 – and the Department for Digital, Culture, Media and Sport (DCMS). More than 83% (£54,420.89) of the spending by the DCMS was last year, which it says was due to the need to replace many flags due to wear and tear.

Other government departments have also been stocking up. At the Cabinet Office, which recently axed £2.6m plans for White House-style TV briefings featuring flags, more than £3,000 has been spent on union jacks since the start of 2018, including the purchase of eight in the most recent financial year at a cost of £1,999.47

The Treasury has spent nearly £1,000 on union flags since 2018, including three this year at a cost of £607.06. Spending this year perhaps compensates for the purchase of a solitary £3.25 table-top union jack last year.

The purchases – detailed after a freedom of information request – come against the backdrop of another apparent escalation of the flag-based culture war when the culture minister, Oliver Dowden, announced that the national flag should be flown from all UK government buildings every day, and urged councils to do likewise.

The BBC’s director general, Tim Davie, was taken to task in a parliamentary committee hearing by a Tory MP for failing to include images of the flag in the corporation’s annual report, while another Conservative wore a union flag tie and face mask in the House of Commons chamber to rail against what he described as a “ban” on the display of the flag in the Welsh parliament.

“I think what we are seeing at the moment from the government is a kind of pushback against devolution and threats to the union,” said Robert Colls, a professor of cultural history at De Montfort University.

“There is something to do with Brexit in it as well. Flying the union flag is a way of saying ‘no’ to the EU blue and stars but whether they are pushing back in any effective way is another question. Most people are not political in the way that politicians or commentators are, and they tend to see flag flying in the same way.”

“People will find it quite odd in the middle of a public health crisis that expenditure on flags is something that has been increasing,” he said.

“The truth is that this is a deliberate plot by the government to use the union flag to promote its political ends and it just doesn’t fool people. I’m reminded of the comment by Boris Johnson’s 18th-century namesake that patriotism is the last refuge of the scoundrel,” he added, referring to the essayist Samuel Johnson.

Elsewhere in government, the Department for Transport has spent £1,100 since 2018 on union flags (including £700 last year) and Jenrick’s Ministry of Housing, Communities and Local Government said it spent £90.05 on the flags this year, with no record of purchases in other recent years.

Surprisingly for a department that may be seen as being in the culture war frontline, the Department for Education bought just of the flags in 2019 for a total of £134. The Wales Office has spent £824 since 2018. This included £597.50 in 2020-21, and the same amount again on Welsh flags.

The embrace of the flag is not necessarily associated with Conservative governments, however. In his first statement to parliament as prime minister in July 2007, Gordon Brown ordered all government buildings should fly the flag every day to help engender a sense of British identity.

Nick Groom, a professor at the University of Macau and author of The Union Jack: The Story of the British Flag, said the flag had tended to be a “very flexible, malleable symbol”.

He said: “It’s always been debated and questioned and there’s nothing wrong with that, but it’s also clearly now gone way beyond being simply a flag of a number of nations. It’s a symbol in its own right, a design classic that can be adapted and adopted in all sorts of ways.

“It’s true that it can be seen as being partisan, especially if it’s used in a very political way. At the same time as the government are increasingly flying it we also have the Olympics and it’s clearly a unifying symbol in that context.”

A government spokesperson said: “The government is proud to fly the union flag as a reminder of our history and the ties that bind us.

“A large number of flags are used for ceremonial and non-ceremonial events, including national commemorations and state visits, and will regularly be replaced when damaged beyond repair.”