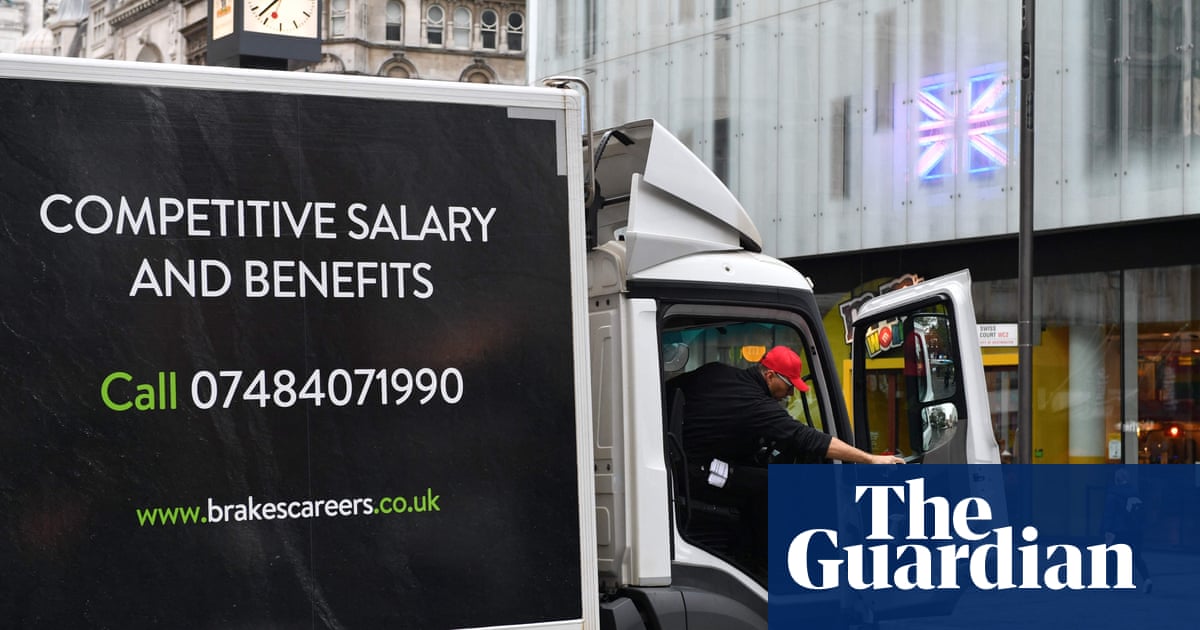 Britain’s employers are offering bonuses of up to £2,000 to recruit Christmas workers amid fears over staff shortages disrupting the festive season.

Research from the jobs website Adzuna showed there are currently 26,307 seasonal job vacancies ahead of the pivotal Christmas shopping period, almost double the 13,668 at the same point a year ago.

Reflecting severe staff shortages caused by Covid and Brexit, the number of seasonal job vacancies is more than a quarter higher than the 20,488 recorded in 2019, before the start of the pandemic.

According to the analysis of more than 1.2m job postings from the Adzuna website, which is tracked by government statisticians for early signals from the jobs market, employers are gearing up to hire an army of more than 130,000 additional staff this winter to meet a rush in demand for goods and services.

Adzuna said there were more than 1,300 job openings advertising a Christmas bonus, including rewards of up to £2,000 for Amazon seasonal warehouse workers, bonuses of £1,000 for DPD warehouse night sorters, and payments of £500 for new recruits at Ocado, AO.com and Hand Picked Hotels.

It said that Tesco was looking for the most seasonal staff, with 871 job vacancies still open across the UK out of a total 30,000 additional temporary positions at the retailer this winter. Delivery company Hermes still has 740 vacancies, and Royal Mail 200, to handle deliveries after a boom in online shopping during the pandemic.

With shortages of lorry drivers and warehouse staff causing shortages on the high street ahead of the festive season, the figures come amid concerns over potential disruption in the run-up to Christmas.

Representatives from the hospitality, retail and logistics sectors told MPs on the Commons’ environment, food and rural affairs committee on Thursday that they hoped Christmas could still pass smoothly despite a chronic lack of staff, severe disruption to deliveries and rising costs.

Kate Nicholls, chief executive of UK Hospitality, said the supply chains for pubs, hotels and restaurants were “nowhere near resilient”. She said about 20% of deliveries were being disrupted, leading to food and drink coming through at the wrong times and at higher prices.

“We will deliver as good a Christmas as we are able to but not as good as we would want to,” she said.

Tom Southall, policy director of the Cold Chain Federation, which represents the refrigerated logistics sector, said shortages of lorry drivers and warehouse staff were affecting deliveries and could lead to shortages on supermarket shelves.

“Christmas as usual? Probably not. How that will manifest itself, there may be gaps on the shelves as we’ve seen over the past few months,” he said.

Ben Broadbent, a deputy governor of the Bank of England, told the committee that shortages of workers would push up wages in some sectors, with potential to feed through into higher levels of inflation.

Although saying that he expected the impact of labour shortages to fade as Covid disruption to the economy dissipates, he said higher wages would be “inevitable” in some sectors.

“If you don’t have any more people and they’re very specialised, in the end – short of some labour-saving technology – the output in that sector will be limited. And the means by which that will be limited will be higher wages and prices,” he said.

The research from Adzuna showed the highest number of job openings were in sectors where labour shortages are currently most acute; in retail, logistics and warehousing.

Andrew Hunter, co-founder of Adzuna, said that employers were having to work harder than ever to fill seasonal openings this year amid a shortage of staff across the country.

“That’s visible in the number of Christmas jobs still lying open, which is twice as high as last year.”

He said that large companies with flex in their budgets were pushing to fill gaps in their temporary Christmas workforce using bonuses, but that smaller firms might struggle to compete.

“The Christmas season is critical for many businesses’ bottom lines, and if they can’t solve their worker shortages soon, it could be damaging both for companies and consumers,” he said.